By Amy Lamare on October 30, 2020 in Articles › Billionaire News

Jim Jannard is a pretty amazing billionaire. He founded not one successful company, but two. He owns islands in Fiji. He's living the good life for sure. He's the founder of Oakley and Red Digital Cinema Camera Company. Jim Jannard was born in Los Angeles in 1949 and raised in the L.A. suburb of Alhambra. He graduated from Alhambra High School and attended USC, where he was a pharmacy student. He dropped out of USC to travel the southwest of the U.S. on a motorcycle. He founded his one-man business in 1975, selling motorcycle parts out of the trunk of his car at motocross events. He called his company Oakley, after his dog, an English Setter named Oakley Anne.

Jannard started Oakley with an initial investment of $300. Company headquarters were in his garage. His first product, "The Oakley Grip" was revolutionary. The Oakley Grip was a custom handlebar grip that conformed to the shape of the driver's hand. Nothing even remotely like this was available at the time. From there, Jannard introduced gloves, elbow guards, chin guards, grips, and goggles for BMX and motocross. Then, in 1980, he released a pair of goggles called the O-Frame that had the Oakley logo visible on the strap. This gave his fledgling company more brand recognition. In 1983, Oakley moved into ski goggles. The first pair of Oakley sunglasses, the Factory Pilot Eyeshades, was released in 1984. In 1985, the Oakley Frogskin, a more casual style of sunglasses was released. Oakley went public in 1995. In 1996, Oakley had a pricing dispute with Luxottica, the world's largest eyewear manufacturers, and retailers. Luxottica removed Oakley's products from their stores, including Sunglass Hut, and Oakley's stock market value declined 33%. 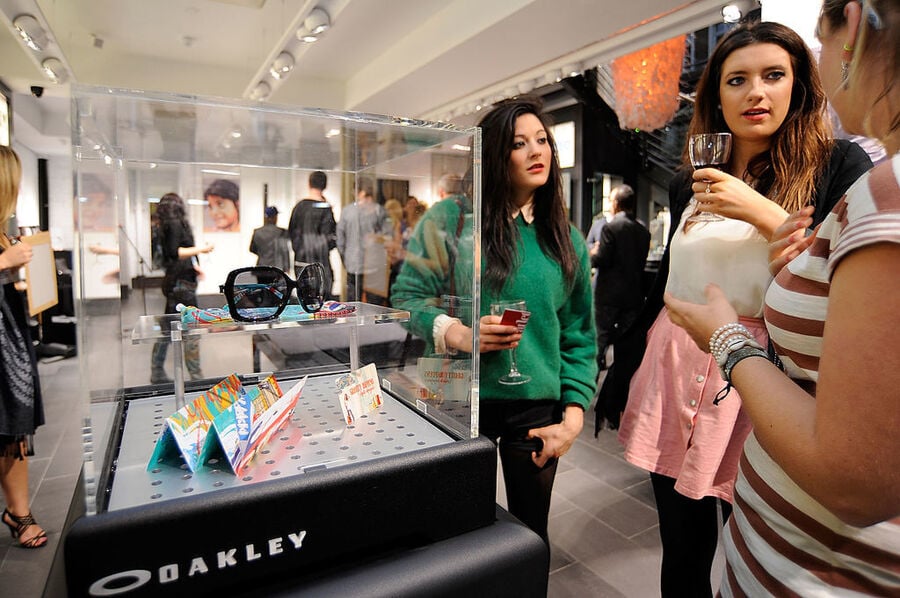 Jannard went on to found Red Digital Cinema. He is a lifelong, self-described "camera fanatic," who owns more than 1,000 cameras. His intention with Red was to produce a relatively affordable 4K digital cinema camera. He was inspired to create Red from his Sony HDR-FX1 video camera. When he was done filming, he had to convert the file with software from Lumiere HD. The only problem was, those files were not compatible with macOS. Jannard collaborated with Frederic Lumiere to develop an alternative solution. Jannard announced Red's 4K digital film camera, the Red One at the 2006 NAB show.

In March 2007, Peter Jackson used a prototype of the Red One camera to film the 12-minute film "Crossing the Line." After seeing that film, Steven Soderbergh asked for two prototype Red Ones to shoot "Che." The first Red One camera shipped in August 2007. "ER" was one of the first television shows to shoot with the Red One. Red has gone on to become a very successful camera company, with its cameras being used to shoot "The Social Network," "The Girl with the Dragon Tattoo," "The Hobbit," and many others.  Jannard's Red One is largely credited with speeding up the transition to digital in the film and television industry. Jannard retired from RED in 2013.

Jim Jannard revolutionized two industries and for his contributions and hard work he has a net worth of $3.5 billion.