By Joseph Gibson on July 13, 2022 in Articles › Billionaire News

You might remember earlier this year, when it was reported that the huge, 400-foot superyacht that reports link to Amazon founder Jeff Bezos was going to sail through the port city of Rotterdam, necessitating the disassembly of an almost 100-year-old Koningshaven Bridge, because the three-masted Oceanco craft is simply too tall to pass beneath the historic landmark. As you can imagine, public outcry to the story was significant, even though the plan was for the bridge to be rebuilt immediately after the boat passed through. But now, it won't be necessary, according to a report in the Wall Street Journal.

Oceanco has officially written to the Rotterdam city council to let them know that the company will no longer seek a permit for the bridge dismantling project, citing vandalism concerns as its public reason for the change in plans. What isn't known is how the ship will be moved out of the Netherlands without dismantling the bridge, and a company spokesperson told WSJ that Oceanco "does not comment on individual projects nor persons purported to be involved with our projects." 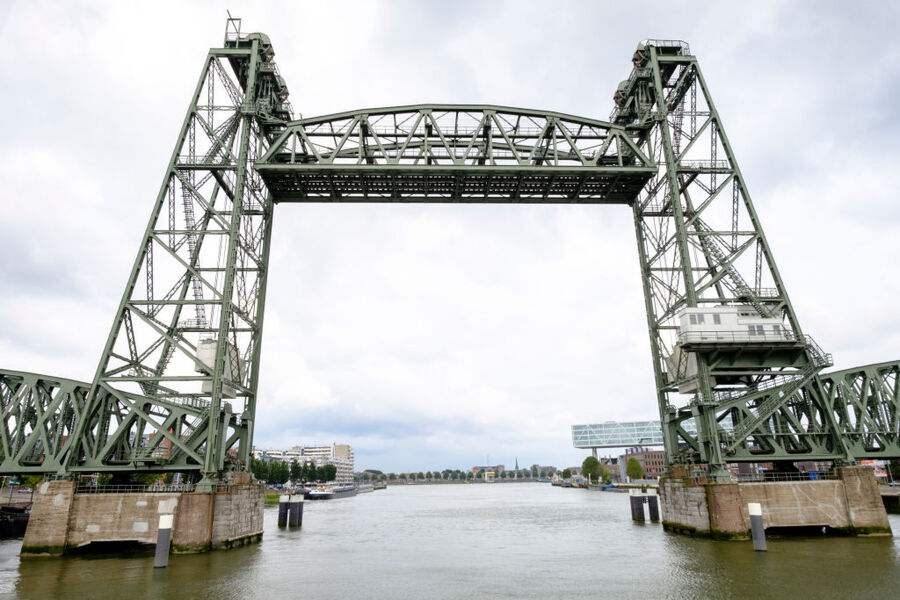 Koningshaven Bridge, known colloquially as "De Hef," first opened all the way back in 1927, and has never been disassembled to allow for any particularly large crafts to pass through in that time. However, a Rotterdam city management department spokesman named Peter van Druten tells WSJ that the center portion of the structure was once removed for purposes of restoration and repainting, a process that he says took about a day.

Still, residents of the city didn't seem to like the idea of taking it apart just to accommodate Bezos (or someone almost as rich), using the hashtag #ABridgeTooFar on social media and online petitions to fight back against the proposed plans. According to van Druten, people in the city think of the bridge as "a work of art" and an "important monument" that they didn't want to see taken apart. Now, it seems they won't have to.