By Brian Warner on January 9, 2019 in Articles › Billionaire News

Earlier today we reported about Jeff Bezos' surprise announcement that he and wife MacKenzie Bezos were divorcing after 25 years of marriage. If that wasn't shocking enough, we're now learning that Jeff may have been secretly dating TV host Lauren Sanchez for several months. Lauren is still legally married to Hollywood talent mogul Patick Whitesell. Apparently the whole sordid affair was exposed by The National Enquirer which, if you'll recall, is owned by one-time Trump ally David Pecker. Apparently Jeff and MacKenzie have known Patrick and Lauren for 10 years.

The Enquirer reportedly has photos and texts sent between Jeff and Lauren that are described as "raunchy".

If you'll recall, WME purchased the UFC back in 2013 for $2.4 billion. It's generally believed that Patrick's co-CEO partner Ari Emmanuel owns around 15% of the company and Patrick owns 10%. The estimated current value of WME is conservatively $4 billion. At that valuation, Patrick's 10% equity alone is worth $400 million before taxes. When Silver Lake invested, Ari and Patrick were also given 10-year employment contracts that pay annual base salaries of $10 million.

We currently estimate Patrick Whitesell's net worth to be $300 million. A tidy sum, but literally just 0.2% of Jeff Bezos' $136 billion net worth.

There's actually a photo of Jeff, Lauren and Patrick together at a party in December 2016 celebrating the release of the (Amazon produced) movie "Manchester by the Sea". I'd show it to you but it would cost me $500 in Getty Images, so instead here's a photo of Patrick and Lauren in better times: 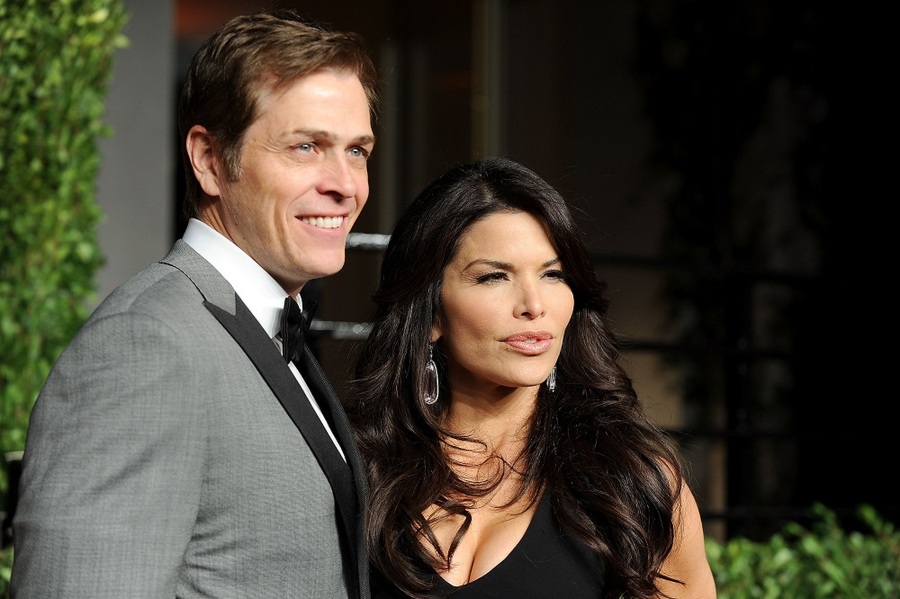 This is truly a shocking turn of events. I think most people assumed Jeff and MacKenzie's divorce would settle quietly and amicably. This relationship adds a whole new layer of crazy and awkward.

Does it mean that MacKenzie is not divorcing amicably afterall, and will take Jeff for every penny she rightfully deserves… which would be $60 – $70 billion worth of full voting Amazon shares?

Is it going to be awkward from now on when one of Patrick's clients is up for a role in an Amazon show or movie?