By Amy Lamare on March 2, 2021 in Articles › Billionaire News

Amazon founder Jeff Bezos has long been chastised by the press for the relatively little he gives to charity despite his massive $194 billion net worth. In 2020, he set out to do things a bit differently and ended up topping the list of the most philanthropic people of the year. Bezos donated $10 billion to launch the Bezos Earth Fund and $100 million to Feeding America. Bezos recently announced he was stepping down as CEO of Amazon to focus more time on philanthropy and other projects.

Now, that said, there is some controversy over Bezos' donation. It is true that he donated $10 billion to the Bezos Earth Fund. However, in comparison to his ex-wife, who was transparent about exactly where her nearly $6 billion in donations were going, Bezos has been tight lipped about how that $10 billion will be spent… or when it will be. We don't know how that donation is structured, if the money has been irrevocably set aside for the Bezos Earth Fund, or really anything about it except that in February, Bezos publicly pledged that $10 billion. There's a certain lack of transparency in philanthropy that doesn't apply just to Jeff Bezos, but he is the biggest example of it this year. The 50 biggest donors of 2020 would not have broken any records if Bezos' $10 billion wasn't on the list.

The list of the biggest donors doesn't focus exclusively on nonprofits. Sometimes it prioritizes donations to charitable vehicles – including foundations – that then turn around and donate to nonprofits. Bezos' $10 billion pledge to the Bezos Earth Fund is considered a donation to a charitable vehicle. But again, where is that $10 billion? Did Bezos actually put it in his foundation or a donor-advised fund or an LLC? Or is it more of an open-ended promise to donate it? Mark Zuckerberg and Priscilla Chan vowed to donate 99% of their money to philanthropy in 2015 and that wasn't counted as part of that year's list, so why is Bezos' this year? Is it simply because it is a good story about a very wealthy man who up until this point hadn't donated nearly enough to philanthropy?

If we take away the totality of the $10 billion and look at what Bezos actually donated, he would get credit for the Bezos Earth Fund donating $790 million to climate groups and the $100 million he donated to more than 200 chapters of Feeding America. So He'd get credit for $890 million in donations, which would put him in sixth place for 2020 with his ex-wife MacKenzie Scott taking the #1 spot on the list of the most charitable. And in a way, that is fitting, as Scott has proven her deep commitment to philanthropy almost from the very moment the ink was dry on her divorce decree when she signed The Giving Pledge, something her ex has yet to do.

Bezos' ex-wife, MacKenzie Scott, came in second place. Scott donated $5.7 billion in 2020. As part of her divorce settlement, she was given 20 million shares of Amazon, which is roughly ¼ of the combined holdings of Jeff and MacKenzie while married. As of this writing, that is worth $60 billion. Upon receiving the settlement, she pledged to: "…give the majority of my wealth back to society that helped generate it, to do it thoughtfully, to get started soon, and to keep at it until the safe is empty." MacKenzie made seven and eight-figure gifts to 512 organizations including food banks, racial justice charities, human service organizations, and HBCUs. 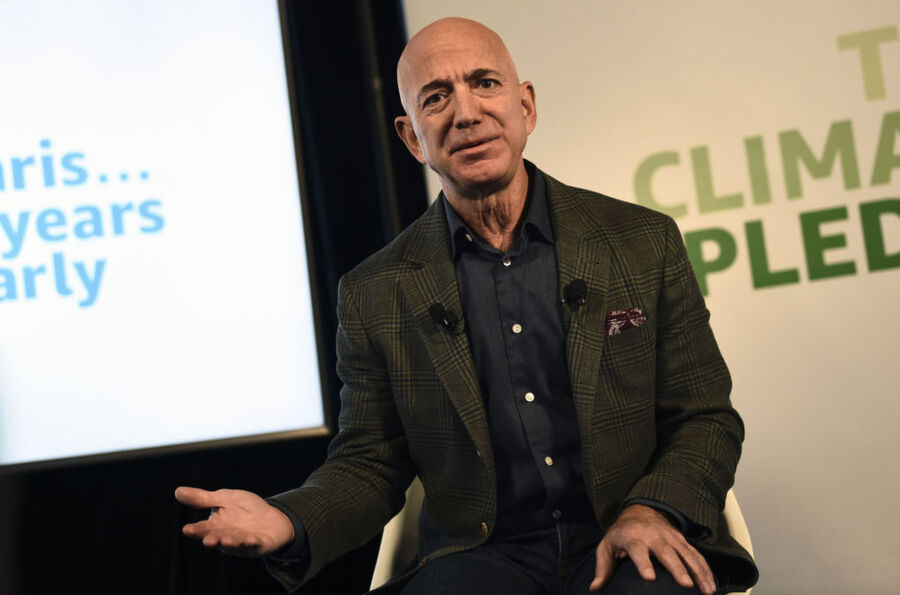 Former New York City mayor Michael Bloomberg came in at number three. He donated $1.6 billion to arts, education, public health, and other causes. Nike founder Phil Knight and his wife Penelope came in fourth with $1.4 billion donated. Their Knight Foundation got $900.7 million of it. Square and Twitter CEO Jack Dorsey rounds out the top five with $1.1 billion donated into a fund that has distributed at least $330 million to more than 100 nonprofits.

Sixteen of the top 50 donors made their fortunes in the technology industry. Twenty of them live in California.

Elon Musk, currently the wealthiest person in the world did not crack the top 50. In fact, his lifetime donations are equal to about 0.05% of his net worth.

Other philanthropic billionaires, like Warren Buffett, don't appear on the list because, as is the case with Buffet, their donations were part of an earlier pledge. For Buffet, his donation to the Bill and Melinda Gates Foundation was accounted for in 2006, when he made the pledge.

Industry: Frederick is a construction magnate, June is an architect