Jeff Bezos Is Once Again The Richest Person On Earth

By Joseph Gibson on October 27, 2017 in Articles › Billionaire News

People who can remember as far back as July of this year know that it's a title Amazon founder Jeff Bezos has picked up and dropped again in the past, and now the fluctuations of the financial sphere have given it to him once more: The richest person in the world. It happened in the wake of a better than expected third quarter earnings report from Amazon, and Bezos is now the world's richest individual, having edged out the former (and, if past trends continue to repeat themselves, future) holder of that title, Microsoft founder Bill Gates.

Amazon reported some very impressive third quarter earnings recently, with a little bit more than three quarters of a billion dollars earned over the course of just three months, and as a result the company was blessed with a 13.5 percent jump in stock market value on Friday. That translated to a windfall of more than $10 billion for his own personal share in the company, not a bad take for a single day – and enough to earn him the title of world's richest person. 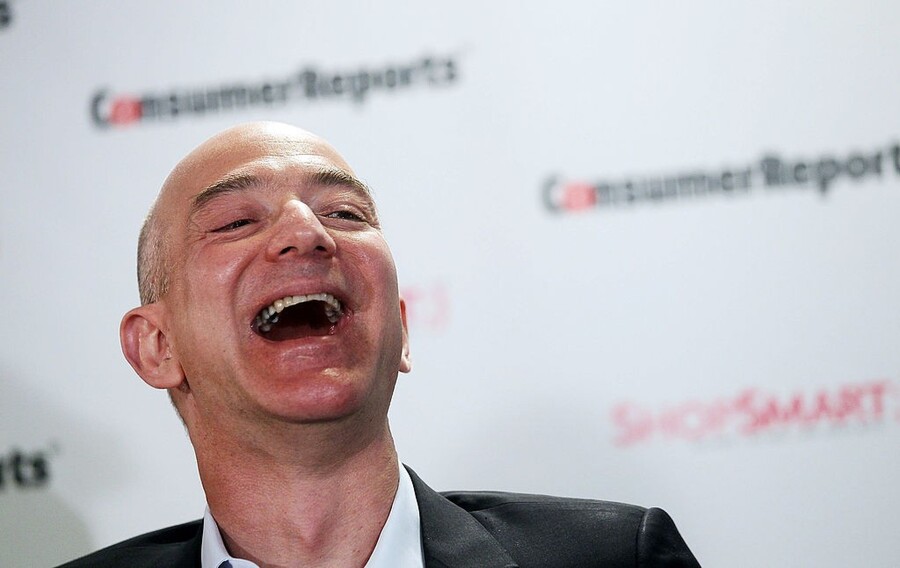 That's despite the fact that Gates also had a pretty good day on the stock market Friday, albeit nothing in the field of $10 billion in earnings. Microsoft stock rose seven percent in value, adding about $600 million to Gates' coffers. It's unlikely that either Gates or Bezos sees their positions on the list of the richest people in the world as much more than a subject of passing interest, if that, but the day's trading was nevertheless enough to flip their respective positions, similar to what happened in July. That was due to what CNN calls "a temporary surge" in the value of Amazon's stock, but time will tell whether the company's current fortunes will keep Bezos put at his current position on the top of the list this time around.