Jeff Bezos Is Reportedly Spending $500 MILLION On A Luxury Superyacht

Amazon founder, Jeff Bezos, has reportedly been working on, or at least financing, a top secret project costing as much as half a billion dollars. But this project isn't some kind of space exploration endeavor or anything more significant than pure recreation. He's building a luxury sailing superyacht. The yacht, currently known as "Y721," is set to be completed sometime in the near future.

Y721 is being constructed by Oceanco, a yacht building firm located in the Netherlands. The ship is presumably being built to Bezos' own specifications and is reportedly being modeled after a previous Oceanco build called the "Black Pearl." Oceanco's website describes the Black Pearl as "one of the largest and most ecological sailing yachts in the world." The Black Pearl's impressive specs include a top sailing speed of 30 knots achieved by a total of 2,877 square meters of sails.

There aren't any photos or videos of Y721 yet, but for comparison here is the Black Pearl:

All those sails come at more than just a financial cost.

Unfortunately, the number and placement of masts on the ship preclude the ability of having an onboard helipad. Why is that unfortunate? Well, it's likely going to be an issue for Bezos' girlfriend, Lauren Sanchez. She happens to be a helicopter pilot.

The solution? Jeff has also reportedly commissioned an accompanying "support yacht" which features its own helipad for Sanchez to land on. 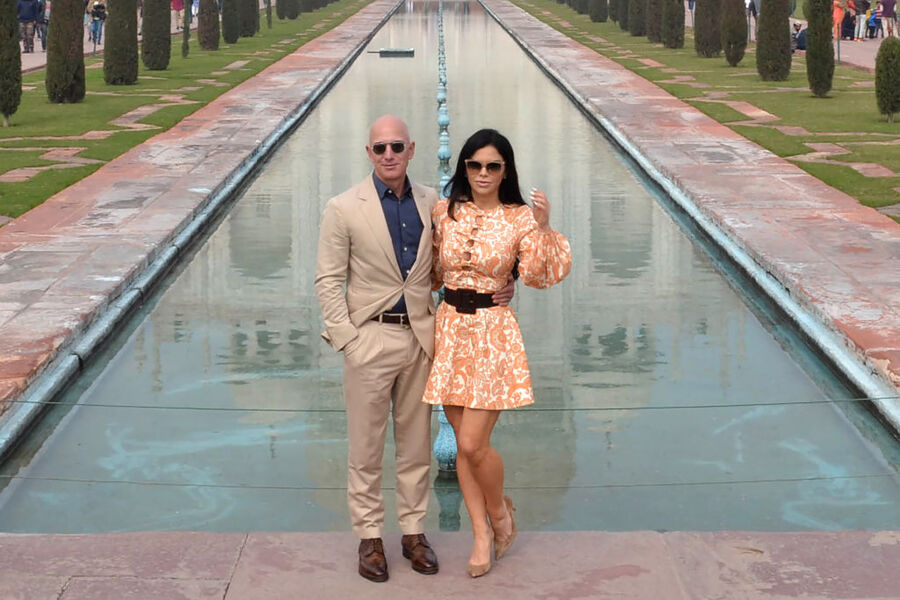 Bezos' vision of a superyacht was reportedly conceived back in 2019, before the COVID-19 pandemic, but represents a growing trend for that industry over the last year. The super-rich have evidently found it even more worthwhile to spend big bucks on luxury sea vessels on which they can stay safely distanced from whatever might be going on on dry land.

A recent Bloomberg story remarks that the the boom in luxury yacht building is "a stark embodiment of the widening chasm between the fortunes of the super-rich and almost everyone else over the past 14 months."