Where Should Jeff Bezos Donate His Money? One CEO Has The Answer

By Caitlin St John on August 16, 2017 in Articles › Billionaire News

Two months ago, Amazon CEO Jeff Bezos asked the social media world via Twitter to suggest ways for him to get involved with philanthropy.

More than 45,000 individuals answered the question, recommending ideas that spanned from dog training for PTSD victims to furthering education for the developing world. However, it's Louis Rosenberg who says he knows – and has evidence to prove – exactly where Bezos should put his dollars. 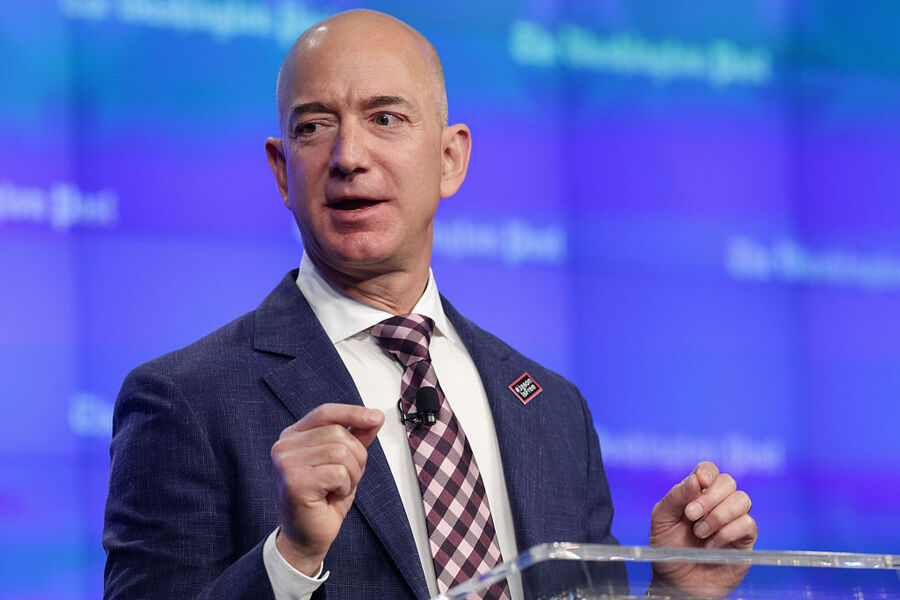 Forty-eight-year-old Rosenberg is the CEO and founder of Unanimous A.I., a technology company that harnesses the power of Swarm Intelligence and combines groups thoughts and feelings in real-time. The company takes its cues from the animal kingdom—inspired by the intelligence amplification effects that occur within flocks of birds, schools of fish, and swarms of bees.

"[These animals are] literally smarter together when they converge as a system on answers," said Rosenberg.

Unanimous A.I. creates its own online "swarms," allowing people to tackle any question by using their collective wisdom to establish a single answer, and its technology has correctly pinpointed the 2015 Oscars winners, the eight teams that would make it to the 2016 MLB playoffs, and more.

Rosenberg, again, put a swarm to the test to see how it would respond to Bezos's query. Here's how: Each of the then-46,000 replies were divided into 200 broad categories of ideas. Next, it asked 300 users (also known as "scouts") to rank these 200 ideas on a 1 to 10 scale, and scores of 7.0 or higher went on to the final round of consideration. Groups of approximately 100 people then dug through a series of swarms and eliminated the weaker solutions.

Live deliberation ensued, and Rosenberg says some people changed their answers at this point, while others held firm. Ultimately, after only about a minute, the swarm converged on access to clean drinking water.

Rosenberg admits that it is not guaranteed that the swarm's decision is the best, but when his company performs the same swarms more than once, the same results typically emerge.

"This really wasn't close," he said. "There was a very, very strong sentiment in the swarm intelligence that universal access to clean drinking water was the issue that was the best use of the funds and you could have the biggest impact and the most long-lasting impact and also the most immediate impact."