Jeff Bezos Made More Money In 2018 Than Any Other Billionaire

By Joseph Gibson on January 11, 2019 in Articles › Billionaire News

If 2018 isn't already far enough in the rear view mirror for you to forget its finer points, you probably still remember that it was a pretty wild year, economically speaking. The ups and downs of the stock market and other economic indicators made even the fortunes of the world's billionaires seem a little volatile, and one of the interesting ways it shook out was that Amazon founder Jeff Bezos stood alone among his fellow billionaires as the person with the biggest gain.

Bezos' fortune increased by about $24 billion over the course of 2018, more than other billionaires like Warren Buffett or Bill Gates, whom Bezos has traded places with as the richest person on Earth. But that represents the average of some big peaks and drops that happened throughout the year, like last summer, when Bezos hit a fortune of $150 billion and became the richest person in modern history. Another impressive financial landmark in 2018 for Bezos is the fact that his net worth (at $128 billion) is the only one to surpass the $100 billion mark, making him King of the Hill in yet another way. 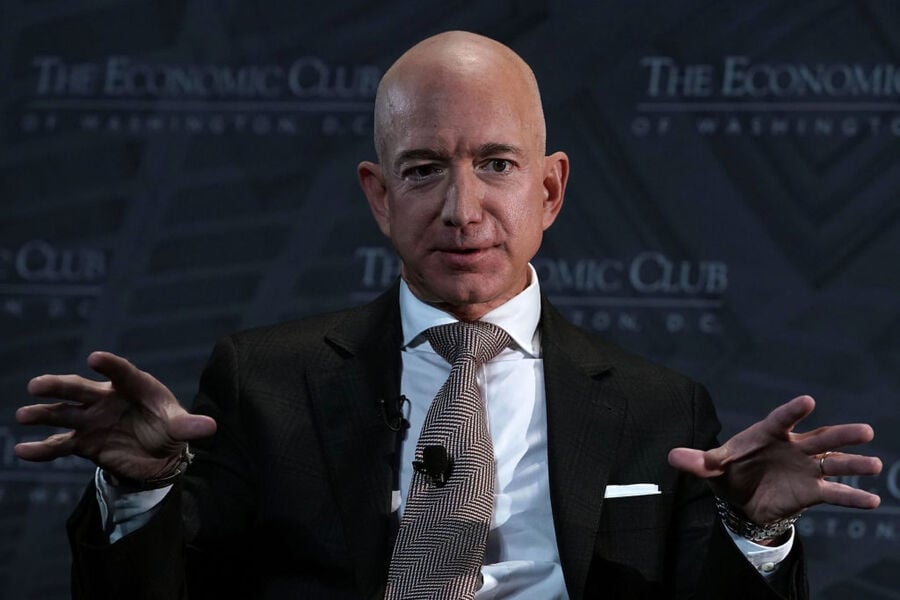 And if you thought Bezos might be stepping off this roller coaster in 2019, the facts suggest otherwise. Last year Amazon continued to expand into unexplored territory for the retailer, in fields like cloud computing and even personal medicine, and most indications show that Bezos continues to have big ambitions for the business that made him so rich. And that's without mentioning his other big ambition, to explore space through his Blue Origin aerospace company.

On the other side of the spectrum, you have Facebook co-founder Mark Zuckerberg, who rode a series of PR disasters for his company to the year's biggest loss among billionaires, with an overall drop of nearly $20 billion and a total net worth of an even $50 billion.