Could Jeff Bezos Become The World's First Trillionaire By 2026?

Folks, it looks like the world will have their first actual trillionaire in about six years. This person, as the headline states, is Amazon founder and CEO Jeff Bezos. Could this be real? Today, Jeff Bezos has a net worth of $140 billion. And that's AFTER he gave ex-wife Mackenzie Bezos around $40 billion worth of stock as part of their divorce settlement last year.

Is Jeff's net worth really going to increase by $860 billion in 72 months?

Add it all up and Jeff's net worth has grown by an average of 34% every year over the last five years. If you apply that growth rate to the next several years, Bezos will hit trillionaire status in 2026.

This data was compiled by a company called Comparisun and people are not reacting well to it. In the era of COVID-19, the difference between the so-called haves and the so-called have nots is highlighted even more. More than 30 million people have filed for unemployment. More than 80 thousand people are dead due to COVID-19. Bezos' own employees are protesting the company over their safety (or lack thereof) as they continue to work in Amazon warehouses and fulfillment centers during the coronavirus pandemic. On May 1, Amazon (and other companies) held a strike protesting the lack of "adequate protection in the workplace." Several Amazon workers have died as a result of coronavirus. Earlier this month, Amazon's vice president at Amazon Web Services, Tim Bray, quit over the firing of executives who spoke out against how warehouse workers were treated. 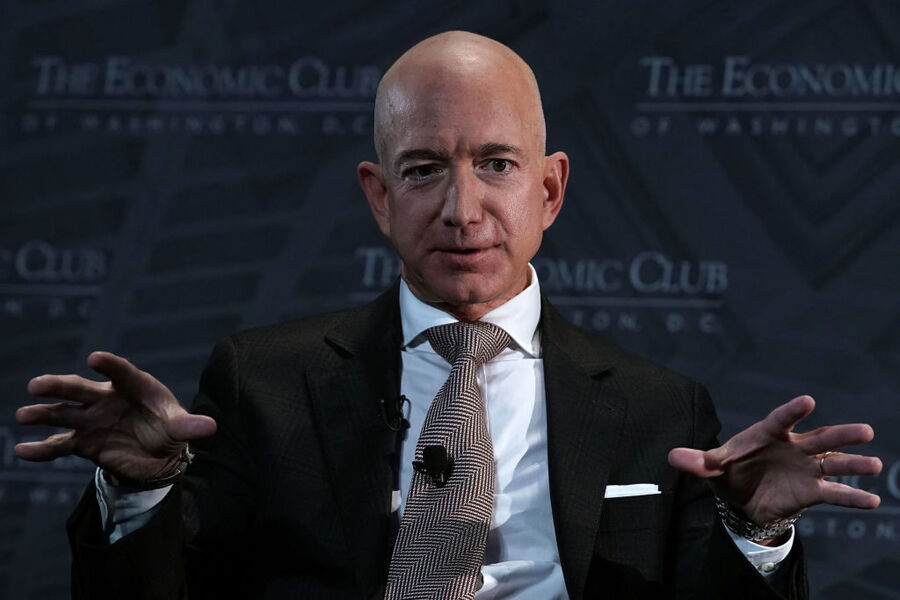 Times are tough all over. Businesses are shuttered. The supply chain is struggling. And Jeff Bezos has $140 billion and growing. Does that seem right? Bezos had the idea for Amazon, he built it, he should reap the financial rewards of that. On the other hand, why does any one single person need that much money? Think of the good that Bezos could do with that money and STILL be a billionaire. It is mind-boggling.

Amazon said it spent more than $800 million in the first half of 2020 (never mind that the year isn't half over for another six weeks) on safety measures including masks, hand sanitizer, and additional hand-washing stations at its warehouses. The company has also hired 175,000 new workers to keep up with the demand as millions depend on Amazon to have goods delivered while stuck at home and unable to shop.

This isn't the first time Bezos' insane wealth has faced some backlash. This isn't even the first time that I've side-eyed Bezos while stating that he could (and SHOULD) be doing much more to help the world with his money.

How would you feel in 2026 if Jeff Bezos did indeed become a trillionaire?