By Amy Lamare on February 5, 2021 in Articles › Billionaire News

We are only a month into the new year and Jeff Bezos has already unloaded more than $10 billion of Amazon stock through a pre-arranged trading plan he filed with the SEC. Bezos still owns more than 10% of the company he founded in 1996. In the 15 years since Amazon went public, he has sold about a fifth of the company for $2 billion. This does not include the $10 billion he's sold off in the last month. Over the past year, Bezos' net worth has skyrocketed to $188 billion. For a time in 2020, his net worth was over $200 billion. He was the richest man in the world from October 2017 to January 2021 when Elon Musk overtook him. Today, Amazon is worth more than $1.6 trillion. On Wednesday, January 27, Bezos' net worth rose by $10.5 billion – one of the largest single-day increases for Bezos.

Over the years, Bezos has branched out from Amazon. He's the owner of the "Washington Post" and Whole Foods. He's also committed $10 billion to counter the effects of climate change through the Bezos Earth Fund. He also is a member of the elite club of billionaires who own space exploration companies. Bezos' Blue Origin is funded with $1 billion a year that he raises by selling off Amazon stock. 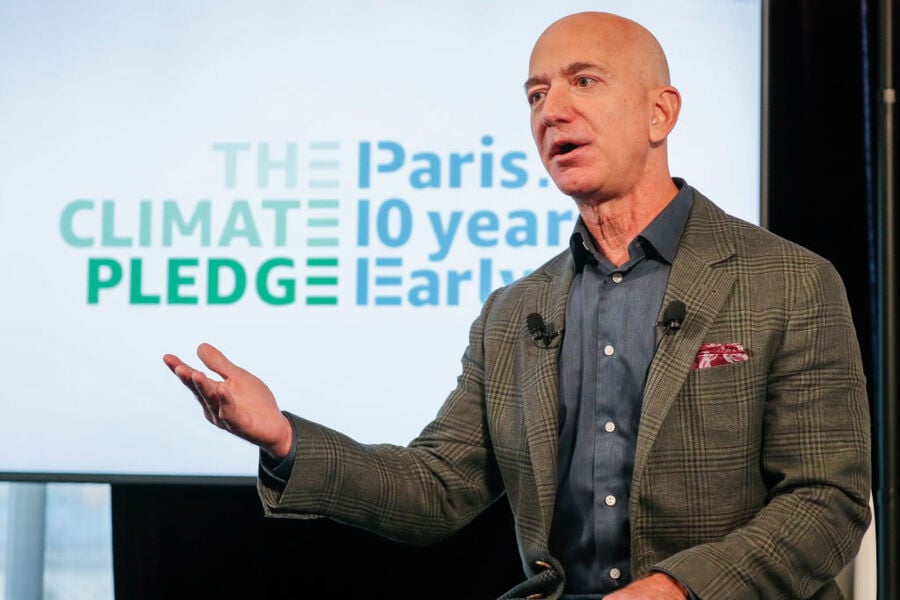 Prior to this recent $10 billion sale, Bezos owned 58 million shares of Amazon which is equal to roughly 12% of the total outstanding shares. His stake in the company is now about 10%. At his peak, he owned 80 million shares of Amazon. When he and his ex-wife MacKenzie Scott divorced in April 2019, he transferred 19.7 million shares to her as part of their epic divorce settlement. The value of MacKenzie's shares at the time of the transfer was $36 billion. Bezos' net worth before the transfer was $136 billion. MacKenzie could have been entitled to half of all of Jeff's assets since they were all acquired during their marriage. The couple married in 1993, three years before Amazon was founded. If she had received half of Jeff's net worth, MacKenzie could have been given as much as $70 billion worth of stock and various other assets.

In the last 10 months, Bezos' net worth has skyrocketed an incredible $74 billion. Today, MacKenzie Scott has a net worth of $57 billion. She is a member of The Giving Pledge. Jeff Bezos is not.