By Joseph Gibson on September 10, 2018 in Articles › Billionaire News

Jeff Bezos is a controversial guy these days, getting heat on a regular basis from everyone from President Trump to Senator Bernie Sanders, who recently introduced the Stop Bad Employers by Zeroing Out Subsidies Act (or "Stop BEZOS Act") aimed specifically at the employee payment practices of Bezos and other big industrialists. And if there's one good way to buy a little political good will in the USA, it's a gift to the troops, and Bezos has made a fairly large one in the form of a $10 million donation to the With Honor Fund.

TMZ reports that Bezos, along with his wife Mackenzie, made the gift to the nonpartisan super PAC which lends financial and political support to veterans running for Congress. So far, the group has endorsed a total of 33 candidates for office, 19 Democrats and 14 Republicans, all of whom are supposed to "take a down-the-middle approach to politics." 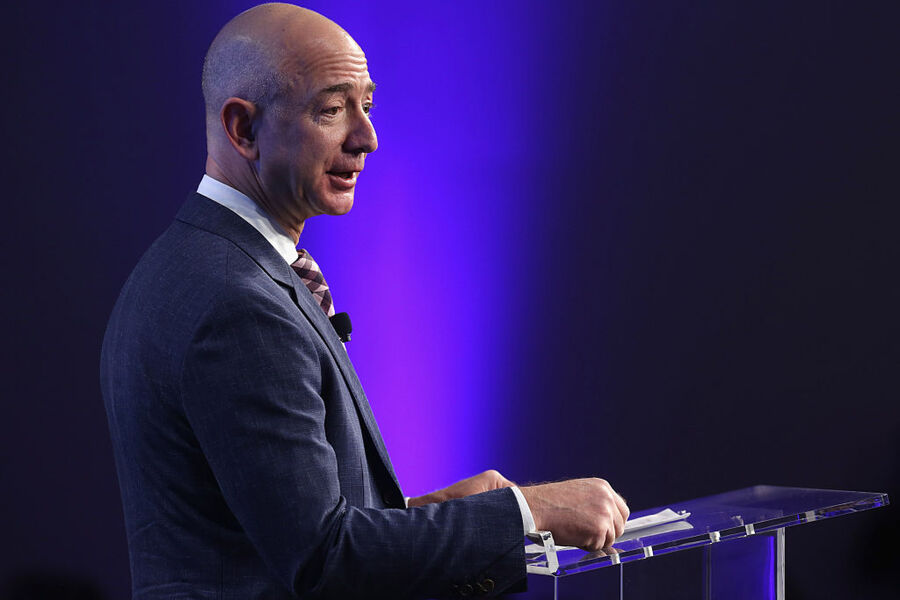 The New York Times says that the donation is the first major political gift of Bezos' career, outside of a $2.5 million donation to support a referendum legalizing same-sex marriages in Washington State in 2012. Other than that, most of his other political donations have been directly linked to the two companies he owns, online retailer Amazon or space exploration outfit Blue Origin, plus some minor gifts to both Democratic and Republican lawmakers in DC.

Bezos' donation to the With Honor Fund is also reported to be his first major contribution to a cause directly connected with US military vets, which has also been popular with his parents and other Amazon executives since it was established last year. His parents have given it a reported $2 million to the super PAC, while Amazon's Jeff Wilke has given $50,000.

The With Honor Fund has collected a sum total of $7 million as of late August, so Bezos' $10 million gift is an extremely significant one on their end. It is not, however, the biggest donation made by Bezos this year so far. That would be the $33 million towards college scholarships for undocumented immigrants who've graduated high school in the US he gave earlier this year. And in 2016, Bezos pledged to take on 25,000 military veterans and spouses as employees by 2021. In November of last year, Amazon announced that with 17,500 veterans and military spouses under their employ they were "on track to far exceed" that pledge.