By Amy Lamare on October 17, 2020 in Articles › Billionaire News

It's hard to fathom just how much $200 billion – Jeff Bezos' net worth, by the way – is and how far that money can go. Bezos has also faced a fair bit of criticism for just how big his fortune is, how quickly it's grown during the pandemic, and how relatively little of his $200 billion he donates to charity. It's not that Bezos isn't philanthropic, he's just not as philanthropic as other billionaires, including his ex-wife, MacKenzie Scott, who joined the Giving Pledge nearly as soon as their divorce was final. But all that is neither here nor there: it is ultimately his money and his choice of what to do (or not do) with it. We thought it would be fun to look at a number of ongoing global issues – you can call them all catastrophes – and how Bezos could completely solve these issues and STILL be the richest person on the planet. Jeff Bezos could save the world – LITERALLY – and still be the richest person in the world. And that begs the question be asked: why doesn't he?

We're not talking about living paycheck-to-paycheck, we're talking about extreme poverty, which is on the rise thanks to the global pandemic. Extreme poverty is defined as living on less than $1.90 per day. Experts believe that the COVID-19 pandemic will force around 110 million more people into extreme poverty in 2021. That's not including the 689 million people already experiencing extreme poverty. To break out of the classification of extreme poverty, you'd need to make just $3.20 a day. If 800 million or so people need that bump up, about $1.05 billion would do it. Bezos could solve this problem and still have $199 billion. 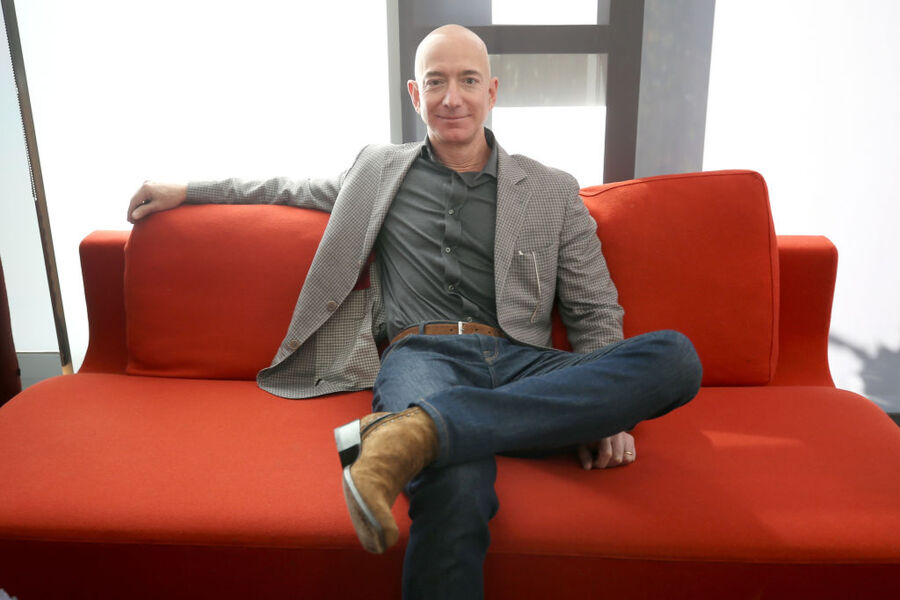 How are we still dealing with this, in the U.S. no less, in 2020? Across the world, 2.2 billion people don't have access to safe drinking water. In order to solve this crisis by 2030, it would cost about 29 cents per person daily over a period of 15 years. Sure, that's not something Bezos could easily solve, but let's consider Flint, Michigan. There are 140,000 people in that city who've been exposed to lead in their water. Replacing all the lead pipes in the city's water system would cost anywhere from $3 billion to $50 billion. Let's say it cost $50 billion. Bezos could fix Flint's water supply and have $150 billion left.

Across the globe, 820 million people experience chronic hunger. About 30 million of those people live in the United States. Solving this issue comes with a lot of issues, like it could cost between $7 billion and $265 billion a year to solve because of the unpredictability of natural disasters and diseases that play a part in the hunger crisis. Let's just say it's one of the cheaper years to solve the hunger crisis and it would cost $10 billion. Bezos could make sure every man, woman, and child went to bed with a full belly every night and had enough to eat every single day and he'd still have $190 billion.

Education goes hand in hand with rising out of poverty. The educational system in the U.S. was already basically a mess before the pandemic. Now, it is a total mess. Do you know any teachers? They've been losing their minds trying to teach online this year. Are you a parent working from home who also has to make sure your kids are paying attention to their Zoom classes and doing their homework? I feel for you! Here's the thing though, 258 million kids were not going to school at the end of the 2018 school year. By April 2020, that number was 1.6 billion. Another issue is that nearly 400 million school-aged kids rely on their school lunches for a daily meal. It is estimated that it would cost $250 billion to fix the issues in K through 12 classrooms in just the U.S. Jeff Bezos can't totally solve this issue, but he can make a HUGE impact. Just $58 per year per student can pay for the education fees, books, and school supplies for the whole school year. For $7.5 billion, Bezos could pay this fee for 10 million K-12 kids and still have $192.5 billion.

Homelessness is a global crisis that will take more than just money to fix. That said, of course, money helps. Since the beginning of the pandemic, the homeless population in major cities has soared. In San Francisco, it's up 285% since the beginning of the pandemic in March 2020. It would cost $12.7 billion to eradicate homelessness in San Francisco. Bezos could do that and still have $187.3 billion.

It would take about $300 billion to completely stop global warming, according to a 2019 statement from U.N. climate scientists. Other scientists estimate it could require $750 billion a year for a decade to undo the damage we've done. How could Bezos make a difference? Well, he's already donated $10 billion towards climate action through his Bezos Earth Fund initiative. It would be really helpful if that $10 billion was funneled towards supporting politicians and lobbying groups that support clean policies. He'd still have $190 billion and hey, as a bonus, we all might have a planet to live on for generations.

It is 2020 and nearly 2021 FFS and women still make less money than men for the same work. Additionally, people of color still make less than white people. To that, I say WTAF. Bezos couldn't really fix this at every company everywhere but he could fix it at the Washington Post, which he owns. It would cost just $9 million a year to pay women and people of color as much as white men in his own newsroom. Bezos could do this and still have $199.991 billion. He wouldn't even notice the absence of that money and the Washington Post could set an example for other newspapers, publications, and companies.