By Brian Warner on April 28, 2017 in Articles › Billionaire News

At the beginning of 2015, Jeff Bezos was worth $30 billion. That's an awful lot of money. Enough to make him the 20th-richest person on the planet. At the time, Amazon was embroiled in a controversy related to how the company treated employees. The furor was loud enough that Bezos himself had to step in and call for a full overhaul of how Amazon treated employees, from the top down. Still, some finance analysts were predicting that this was the peak of Amazon's stock price and that rough times were ahead. Well, if you followed those analysts' predictions, you'd definitely be kicking yourself because today, 1.5 years later, Amazon just finished at an all-time high. And as you might guess, with the stock's increase, Jeff's net worth has absolutely exploded bringing him closer than ever to being the richest person on the planet.

Amazon weathered 2015 EXTREMELY well. By October 2015, his net worth had increased a stunning $22 billion, from $30 billion to $52 billion. That jump easily enabled him to shoot up the list of the world's richest people. Bezos finished 2015 as one of the 10 richest people on the planet.

And he was just getting started. 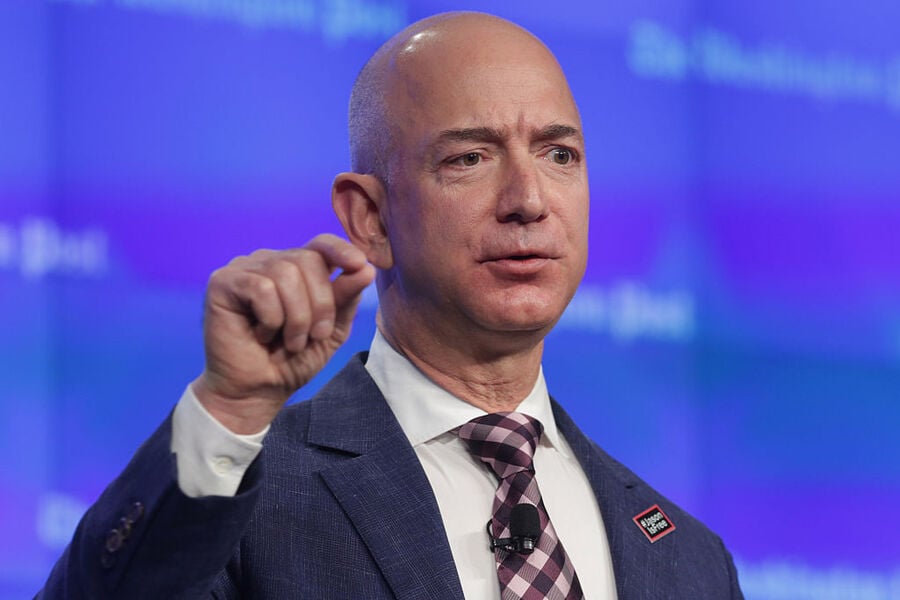 In July 2016, Jeff's $66 billion net worth topped Warren Buffet's $65 billion. And with that, Jeff became the third richest person in the world for the first time. The only two people ahead of Jeff were Zara founder Amancio Ortega ($70 billion) and Bill Gates ($78 billion).

On April 1st, Jeff's $77 billion net worth topped Amancio Ortega's $76 billion. And with that Jeff became the secondrichest person in the world for the first time. The only person ahead of Jeff was Gates with $90 billion.

On April 14, Jeff and Amancio flip-flopped back to their previous positions and net worths thanks to a slight decline in Amazon and surge in Zara.

Today (April 28) Amazon crushed its quarterly earnings report and the stock gained 2%. This left Jeff with a net worth of $80 billion. Amazingly, Zara has also been on a recent tear, so today Amancio has a net worth of $81 billion.

Meanwhile, Bill Gates' net worth has declined slightly in recent weeks. It had been a steady $90 billion for a while, but today Gates is worth $87 billion. That puts Bezos within $7 billion of the #1 spot, his closest chance yet. Amancio is within $6 billion of the crown, but it's a crown he has actually held a few times before.

Now obviously it's always possible (likely) that Bill's net worth increases or decreases over time. But you might be surprised to learn that the stock price of Microsoft actually has very little to do with Bill's net worth. As of this writing, Bill only owns 2.26% of Microsoft, equaling $11.46 billion…or 12.7% of his net worth.

So there you have it! Do you think Jeff will steal Bill's crown?