Could Jeff Bezos Burn Through His Entire $126 Billion Fortune?

Most of us worry about running out of money. Jeff Bezos and other multi-billionaires don't have that worry. With a net worth of $126 billion, he can do anything he wants and still be a billionaire—or so it seems. Could Jeff Bezos find a way to blow through his entire fortune? Possibly. Bezos' net worth will continue to grow. But do you know what else continues to grow? Bezos' interest in space travel. He has called his space exploration company Blue Origin, his most important project. He sells about $1 billion in Amazon stock each year to invest in Blue Origin. But can he spend more than $100 million on it?

Bezos was awarded the 2018 Axel Springer award recently. According to the award's website:

"The prize recognizes what has been achieved and encourages going forward. The Axel Springer Award is a prestige prize without prize money"

This year's festivities were called "An Evening With Jeff Bezos." At the award ceremony, Bezos said:

"The only way that I can see to deploy this much financial resource is by converting my Amazon winnings into space travel. I am going to use my financial lottery winnings from Amazon to fund that. I get increasing conviction with every passing year, that Blue Origin, the space company, is the most important work that I'm doing. And so there is a whole plan for Blue Origin."

But could it lighten his wallet to the tune of $126 billion?

"That is basically it. Blue Origin is expensive enough to be able to use that fortune. I am liquidating about $1 billion a year of Amazon stock to fund Blue Origin. And I plan to continue to do that for a long time." 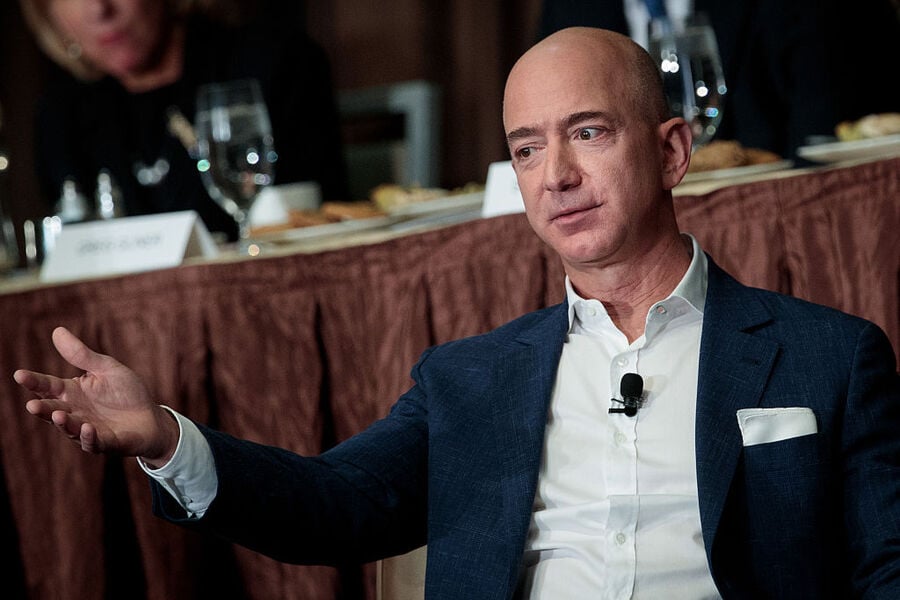 While Bezos is best known for Amazon, it seems he'd prefer to be better known for Blue Origin. His space exploration company is the realization of a childhood dream. His big goal is to make flights to space affordable so that humans can move there. In fact, the reason Bezos founded Amazon and was driven to make it such a success is to fund his campaign for space travel.

Blue Origin is not a hobby, it is Bezos' passion. His rocket, New Shepard, is designed to carry tourists, payload, and researchers on short suborbital trips. The rocket is named after the late Original Seven astronaut Alan Shepard. The company is also working on rocket engines and orbital launch systems that would compete directly with Elon Musk's space exploration company SpaceX's equipment. Bezos also financed an expedition to recover the remains of the discarded first stages of Apollo 11 and a couple of others.

Bezos can spend billion dollars a year on Blue Origin and still have money to spare, but in reality, what else is he going to spend it on? He could join the Giving Pledge, for one thing. But that's not how Bezos sees it. He thinks that he really doesn't have many alternative ways to spend his vast fortune.

"You're not going to spend it on a second dinner out. That's not what we are talking about. I am very lucky that I feel like I have a mission-driven purpose with Blue Origin that is, I think, incredibly important for civilization long term."

Bezos plans to put humans into his Blue Origin rockets by early 2019.