By Amy Lamare on September 24, 2018 in Articles › Billionaire News

Shares of the Chinese e-commerce giant JD.com took a plunge recently following the saga of its billionaire CEO. Richard Liu was arrested in Minnesota on August 31 on allegations of criminal sexual misconduct. The stock initially fell by 6% and wiped out $466 million of Liu's $9 billion fortune. He was released a day after his arrest and not charged with the crime. JD reported that Liu was wrongly accused.

On September 18th, it was revealed that Liu was arrested on allegations of rape. He was not charged, but he continues to be under investigations by the authorities for the alleged rape. 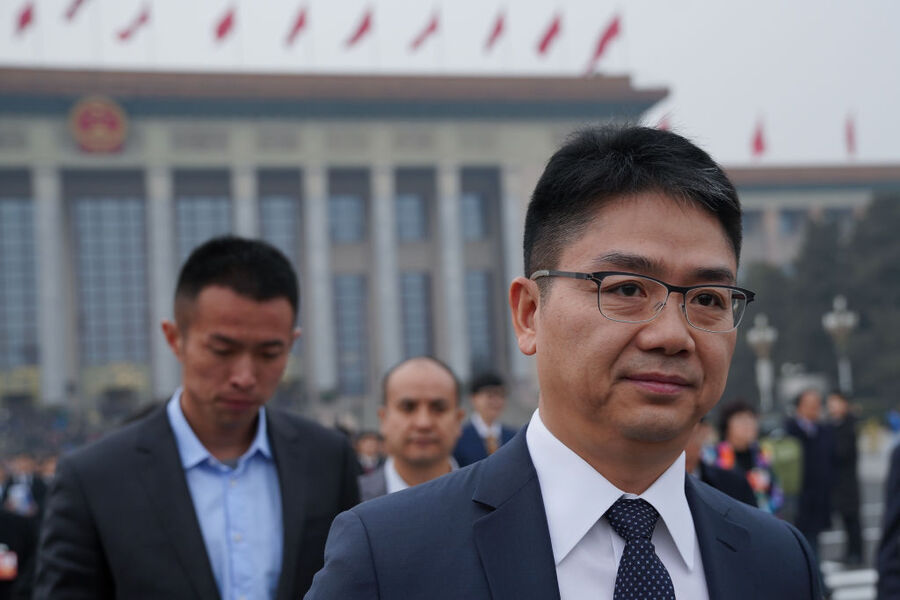 In 1998, Richard Liu started JD.com in Beijing with $2,000, originally calling it Jingdong. He was a distributor of magneto-optical products that powered minidisc players, the precursor to iPods. By 2003, he had opened 12 stores. The SARS outbreak in 2003 led to staff and clients of Jingdong staying home to avoid infection and forced Liu to rethink his business model. Liu launched his first online retail website in 2004 and founded JD.com later that year. In 2005, Liu closed all of his brick-and-mortar stores and become an e-commerce business. The company has become one of the leading e-commerce businesses in China and is known for not selling fake goods, unlike its competitors Alibaba and Pinduoduo. At the end of the second quarter of this year, JD had 313 million active users and 170,000 employees.

The news of his arrest was shocking. Liu has a high profile in China's business world and is involved with a number of top businesses in the west including Google and Walmart, two shareholders in JD.

Liu is also an active philanthropist. He and his wife donated $80 million last year to various causes.

This is not the first controversy for Liu. At a party in his $18 million Sydney penthouse in 2015 one of his male guests was accused of sexually assaulting a female guest. The media reported that Liu attempted to sue to keep his name out of the criminal case. He was unsuccessful.

Liu's arrest in Minnesota was heavily covered in China. It is the latest bad news for JD, which reported a $334 million loss on is operations in the second quarter.