By Brian Warner on June 3, 2019 in Articles › Billionaire News

When we first started tracking Jay-Z's net worth back in September 2009, we estimated the total value of his holdings (minus debt) was $300 million. That was 10 years ago. Technically, around 3,500 days ago. A lot has happened in that decade. Jay got married. Had a couple of kids. Released some albums.. Bought a couple houses. Bought a jet. Bought a couple businesses…. And as of today, June 3, 2019 we are proud to officially confirm that Jay-Z is now a billionaire on his own.

We first added Jay-Z to Celebrity Net Worth on September 10, 2009. And with that became the very first news outlet to begin tracking the personal net worth of Mr. Sean Carter. At the time we pegged his net worth at $300 million. By September 2012 his net worth had jumped to $475 million. He crossed the $500 million mark for the first time in 2013. By 2015 he had topped the $600 million mark. Between 2015 and 2019 his net worth sky rocketed thanks primarily to some very wise business investments. We estimate that Jay ended 2018 with a net worth of $950 million.

In 1999 Jay and Damon Dash co-created the Rocawear clothing line. By 2000, the company was generating $50 million in revenue per year. At its peak Rocawear generated $700 million in annual revenue. After ousting Damon, Jay sold the company to Iconix Brand Group for a little over $200 million.

In 2004 Jay bought a minority stake in what would eventually become the Brooklyn Nets. The aquisition also came with a small stake in their home stadium the Barclay's Center where he has a 40/40 club. He had to sell the stake in the team for $2.35 million when he launched his sports management business Roc Nation Sports. He still owns the stake in the arena.

In 2014, Jay became the majority owner in champagne company Armand de Brignac. He had previously been a paid endorser of the brand, but ultimately decided to buy the company out completely. Today this investment is worth $310 million. He also co-owns a brand of cognac with Bacardi called D'Usse. His stake in the venture is worth $100 million.

In March 2015, Jay became the majority owner of music streaming service Tidal through a $56 million acquisition. Today his Tidal stake is worth $100 million.

By our estimate, Jay and Beyonce own $100 – $150 million worth of real estate that we know about. Some highlights from their real estate portfolio include a $26 million mansion in East Hampton a private island in the Bahamas and an $88 million palace in Bel Air.

They also own an art collection that is worth $75 million. 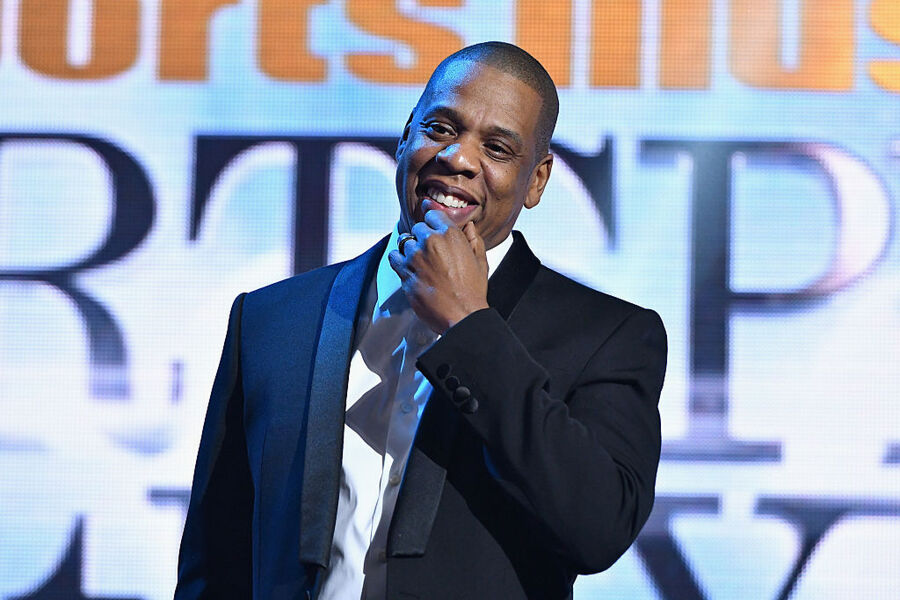 Earnings By Year: By our count, between 2007 and 2018, Jay's regular income from performances, royalties, capital gains and endorsements tops $620 million. In 2018 his total earnings totaled $79 million.

Billionaire Status: To be clear, today is the first day Jay-Z has held billionaire status independently. Technically he and Beyonce Knowles have been combined-billionaires for a number of years. They have earned a combined $1.4 billion from performances, royalties, endorsements etc since 2007. By our estimate, their combined net worth first topped the $1 billion mark in July 2014. As of this writing, Beyonce's net worth is $500 million.

So mark it down your calendar folks: June 3, 2019: The day the world first say a billionaire rapper. He joins the following fellow celebrities who have crossed into billionaire status: