By Amy Lamare on December 19, 2020 in Articles › Billionaire News

We live in glorious times, people. We can pull up a website, pick out our cannabis products, check out, and have them delivered to our front door within about an hour. We can walk into dispensaries and walk out with weed. We can pay for our marijuana with a card instead of cash. With the legalization of marijuana becoming more and more widespread, some major players are getting into the industry. The latest to do so is billionaire rapper and mogul Jay-Z. Mr. Beyonce is launching a high-end cannabis brand called Monogram. The line debuts in California. Its flagship product is the "OG Handroll," a 1.5-gram joint that retails for $50, which is more than twice what a typical joint sells for. What makes it worth $50? According to Monogram, the "OG Handroll" is made with a small-batch flower and burns like a high-end cigar. Reportedly, the company took a year to develop a new technique for growing and rolling marijuana into joints.

Jay-Z's weed brand is hitting the market with four different strains called No. 88, No. 70, No. 96, and No. 01. They offer three strengths – light, medium, and heavy. The strains were developed by DeAndre Watson, a veteran in the marijuana business. 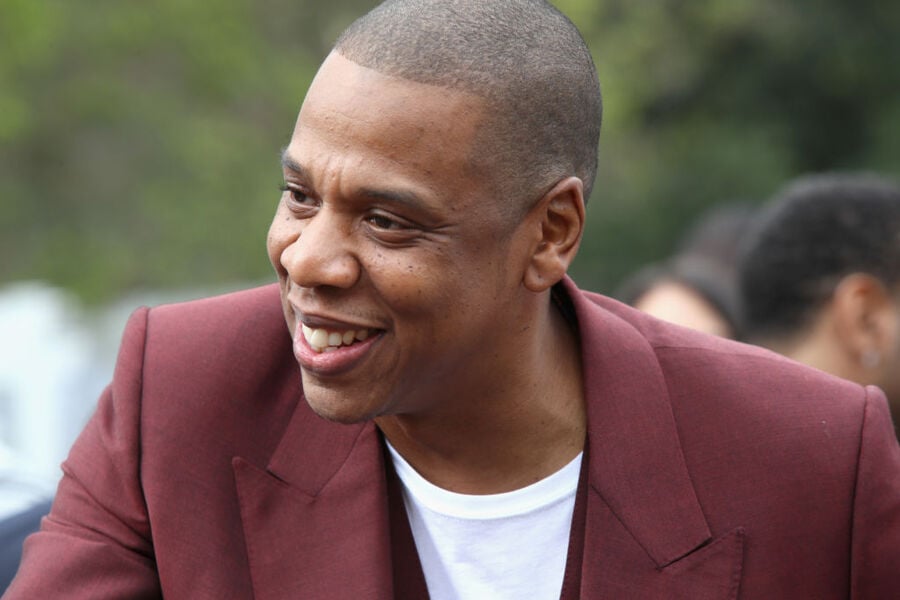 Jay-Z signed on to develop and promote his weed brand with popular California cannabis brand Caliva in 2019. Caliva has its own house brands, dispensaries, and delivery services. Caliva owns Monogram. Jay-Z isn't just a brand ambassador or the face of the brand, he's an executive with the company. Officially, Jay-Z is the chief brand strategist for Caliva. Caliva and Monogram were acquired by Subversive Capital Acquisition Corp. in November 2020.  Subversive also owns celebrity cannabis brands including Carlos Santana's Mirayo. The cannabis companies are organized under a new parent company called "The Parent Co.," which raised $575 million when it went public on Canada's stock exchange NEO in the summer of 2020.

The deal is an all-stock one that will acquire Jay-Z's 50% stake in Monogram when it closes. He reportedly will receive five million shares in The Parent Co. and the right to acquire one million more. The Parent Co. also has an exclusive agreement to be Roc Nation's cannabis brand partner. Jay-Z's Roc Nation will get $25 million in stock and $7.5 million annually in exchange for The Parent Co. having rights to Roc Nation's list of athletes and artists. It is expected that those artists and athletes will play a part in the development of future cannabis brands. Jay-Z is also leading the social justice program for the company. The Parent Co. is giving 2% of its net income annually to invest in Black and other minority-owned cannabis businesses.

Legalizing marijuana has been good for the bottom lines of the states that have approved the use of recreational marijuana. Over the last several years, Colorado and Washington reported better than expected sales of cannabis. Colorado took in more than $302 million in taxes and fees on marijuana in 2019. Sales in the state that year were more than $1.7 billion. In California, cannabis sales have generated $411.3 million in excise tax, $98.9 million in cultivation tax, and $335.1 million in sales tax since January 2018. In November 2019, Massachusetts reported that its first year of legal marijuana produced $393.7 million in sales. Overall in the U.S., $1.2 billion worth of sales were reported in 2019. That's expected to grow to more than $30 billion by 2024.

There's no doubt about it: marijuana is big business.