By Amy Lamare on January 17, 2020 in Articles › Billionaire News

Calling all the single ladies! Now is your chance to go on an out of this world (literally) date with a billionaire. Yusaka Maezawa is a Japanese billionaire who paid Elon Musk's SpaceX an undisclosed sum for a trip around the Moon in 2023. Now, he's looking for a lady or ladies to go with him on his outer space matchmaking mission. Maezawa put out the call for applicants on his Twitter page on January 12th with the note "Why not be the 'first woman' to travel to the moon?" He also has a website called "Full Moon Lovers" on which he wrote:

"Yusaka Maezawa looks for female partner to go to the moon with him. He has a long held dream of going into space. He want to visit such a special place together with a special someone. Through serious one-on-one matchmaking, Maezawa looks to find his life partner." 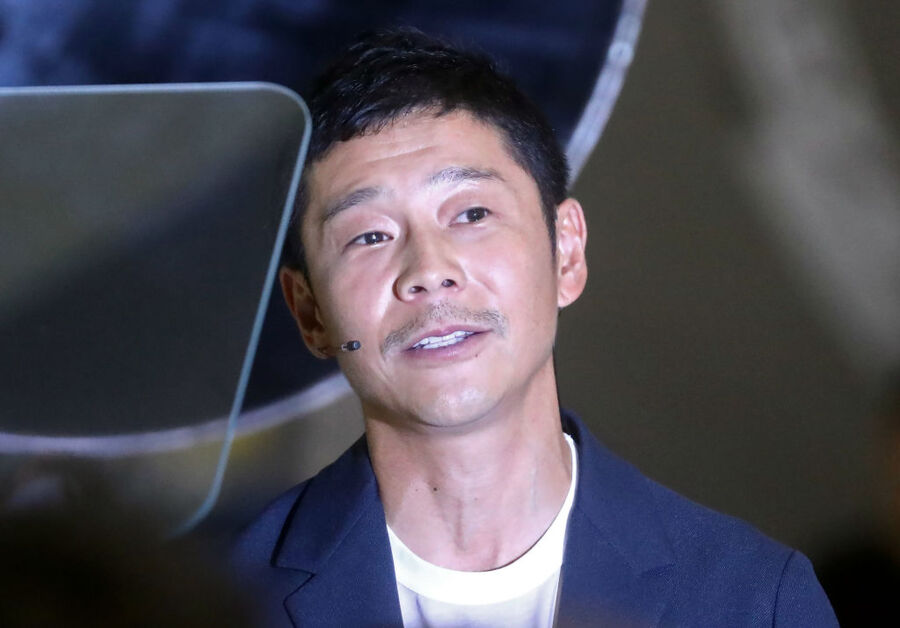 Women interested in applying should be "single women aged 20 or over," with "bright personality and always positive," who are "interested in going into space and able to participate in the preparation for it," who also "want to enjoy life to the fullest," and this woman should also "be someone who wishes for world peace."

Maezawa made his fortune through online fashion company Zozo, which he sold in 2019 for $3.1 billion. The 44-year-old also posted a personal essay of sorts that read in part:

"I'm 44 now. As feelings of loneliness and emptiness slowly begin to surge upon me, there's one thing that I think about: Continuing to love one woman….I want to find a "life partner". With that future partner of mine, I want to shout our love and world peace from outer space. I look forward to meeting someone amazing."

It may be too late to apply to be Maezawa's "honey" on this trip to the moon. Applications were due by today, January 17. But there is still time. Maezawa will select the women who advance to dates with him, which will happen in February and March. The lucky lady will be chosen at the end of March.

Maezawa is scheduled to fly on SpaceX's Starship vehicle. Starship is currently in development at SpaceX. It is a large spacecraft designed to fly on a rocket and take up to 100 people into space with trips to the Moon and Mars. Maezawa's flight would be the inaugural one. It is called "Dear Moon" and is scheduled to take a flight around the Moon and then return to Earth in 2023. If successful, this would mark the first time humans have gone to the moon since the Apollo 17 mission in 1972.

Originally Maezawa planned to invite six to eight artists to go to the moon with him. It appears he's had a change of heart.