Japanese Billionaire Fighting To Regain Control Of His Gaming Company

By Amy Lamare on September 28, 2017 in Articles › Billionaire News

Earlier this year, we told you about Kazuo Okada's lofty goals of turning the Philippines into the next Hawaiian style tourist destination. The billionaire has a net worth of $1.5 billion. He was formerly Steve Wynn's partner in the Macau division of Wynn Resorts. Until recently he was the chairman of Universal Entertainment Corp, a $2.2 billion Japanese gaming group, which started out as a slot machine maker and has branched out into a casino operator with a massive development on the banks of Manila Bay in a district known as Entertainment City. Three months ago, the 74-year-old billionaire was forcibly removed from the board at Universal. Now, he is plotting a way to get control of his company back.

It is expected that Okada will reinstall himself as the head of Okada Holdings, Ltd., which is the parent company of Universal Entertainment Corp.

Okada founded Universal Entertainment Corp five decades ago. Getting control back is just the latest hurdle Okada faces in a career full of controversy. He is locked in a lawsuit with his former partner Steve Wynn, and he's faced a ton of gaming, tax, and law enforcement probes. None of that, however, bothered Okada quite as much as being forced out of Universal. He took that personally. 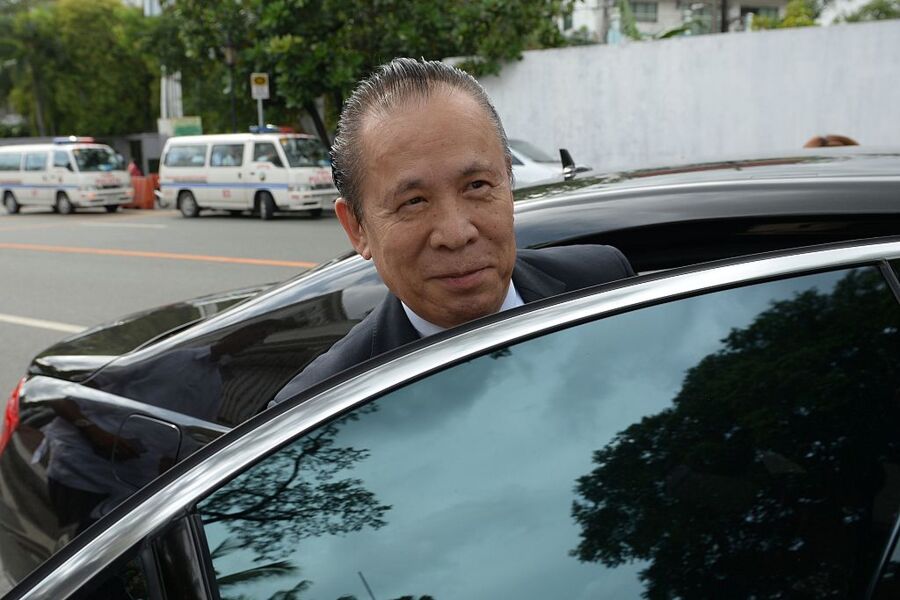 And one can see why he took it so personally when it is revealed that his own wife, son, and daughter cast the deciding votes to push him out of Okada Holdings in May. He was replaced with two people who then dismissed him from Universal on charges he misappropriated $20 million of company funds. Okada denies any wrongdoing.

The battle for control of Universal is intricately tied to Okada's long standing feud with Steve Wynn. In 2012, Wynn Resorts filed a lawsuit accusing Okada of trying to lure Chinese gamblers away from Wynn's casino in Macau with his casino in Manila. Wynn Resorts also accused Okada of bribing gaming officials in the Philippines. He was removed from the board of Wynn Resorts and forced to sell his 20% stake at a 30% discount. Okada is still fighting to get back some of the lost value of his shares in court in Clark County, Nevada.

Jun Fujimoto is the President of Universal. He wrote to shareholders in June, saying that Okada was unfit to be the face of a public company. Fujimoto used Wynn's reasoning for dismissing Okada from Wynn Resorts as evidence that Okada's character is wrong to represent Universal.

Okada's son Tomohiro and daughter Hiromi turned against him earlier in the summer because they were not being paid the full dividends on their shares in Okada Holdings. Over the summer, Okada met with his daughter and managed to win her back over. Okada owns 46.4% of Okada Holdings and Hiromi owns 9.8%. Combined, this gives Okada the power to take over Okada Holdings once again. However, his son, Tomohiro is fighting that move. Tomohiro owns 43.5% of Okada Holdings.

Even if Okada manages to reinstall himself as a director of Okada Holdings, getting back into Universal is a much more difficult proposition. For one thing, the board could fight him in court based on the allegations of the misappropriation of $20 million of company funds alone.

But for Okada, it isn't just about Universal. He also owns slot machine maker Aruze Gaming America. The allegations against him by Universal could affect Aruze's gaming licenses in the United States. He's already on the radar of gaming regulators in Nevada, Mississippi, and Louisiana, who are looking into the allegations against Okada.

As usual, Okada is taking a big gamble. He's built an entire career on big gambles.