Jan Koum became a billionaire in 2014 when Facebook paid a staggering $14 billion for the app he co-founded. Back then, not many people in the United States had heard of WhatsApp, but today, it isn't a stretch to say that most people know what WhatsApp is. Just in case you don't, WhatsApp allows people to send text messages, photos, and group chats for free to anyone in the world regardless of their location, carrier, or phone operating system. The sale of WhatsApp to Facebook made Koum, who grew up on food stamps, and his co-founder very, very, very, very, wealthy. Today, he has a net worth of $12 billion, has seemingly retired, and seems to be spending his time amassing a vast and incredibly expensive portfolio of real estate in California. Over just the last two years, Koum has bought $400 million worth of real estate, mostly in Malibu. Good for him, but one has to wonder, why does one man need so many houses in close proximity to each other? 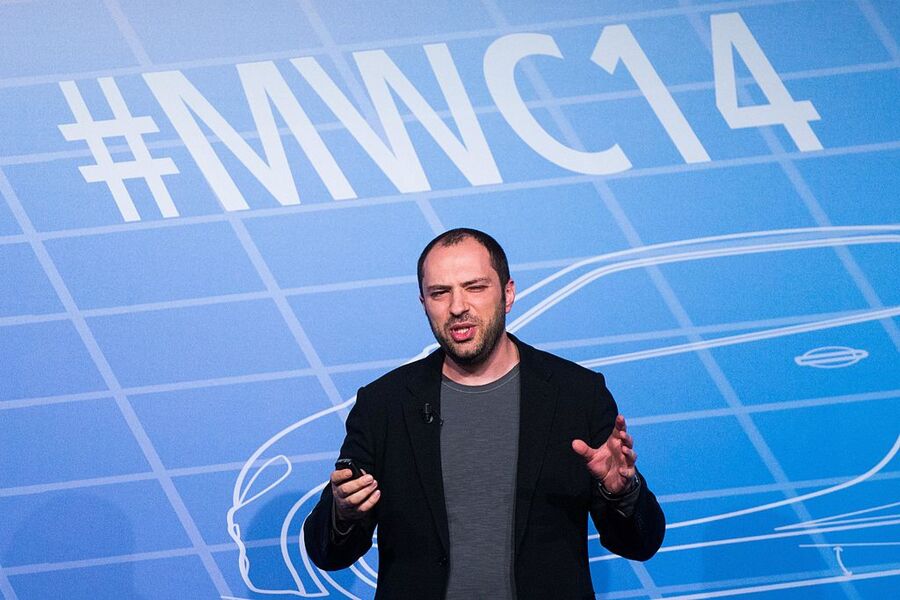 Jan was born in a small town outside of Kiev in Ukraine to a Jewish family. The Koum family was very poor and they didn't have hot water or heat in their house. His father was a construction worker and his mother a housewife. When he was 16, Jan and his mom moved from Ukraine to Mountain View, California to flee the growing anti-Semitic movement in their country. They rented a small two-bedroom apartment and his mom worked as a babysitter to make ends meet. Jan worked sweeping the floors at a nearby grocery store while attending high school. Jan and his mom relied on welfare food stamps to get by. When he had time, Jan taught himself how to program a computer using books he got at a local used bookstore. Jan enrolled at San Jose State University and worked as a part-time security engineer and systems analyst while in school. One of the companies he was working for was Yahoo. In 1997, Yahoo's co-founder David Filo convinced Koum to drop out of college and work for Yahoo full time because he was so impressed with Koum's talent. One of the first people Koum met at his new full-time job was Brian Acton. The two went on to found WhatsApp together. To make a long story short, Koum saw the first iPhone and instantly got a sense that apps would be the next big thing. They launched WhatsApp in 2009. On February 19, 2014, Facebook outbid Google's $10 billion bid for the app with its $14 billion bid.

The first significant real estate purchase Koum made after becoming a billionaire was in 2015 when he bought what is a relatively modest $8.8 million property. Well, it's modest in comparison to the properties he's gone on to buy in 2019, 2020, and 2021.

The first big real estate purchase Koum made appears to be an $80 million compound he built in the Northern California city of Atherton in the summer of 2019. Atherton is one of the wealthiest cities in the U.S. In July 2019, "Variety" reported that Koum dropped about $80 million on a massive compound comprised of five lots where the houses were either torn down or completely remodeled. The land alone is worth $57 million. The compound is 5.6 acres. He spent $20 million to build a brand new custom home. There are six buildings on the property, including a detached 10,000-square-foot, two-story garage built specifically to house Koum's famous car collection.

In September 2019, Koum dropped $100 million on a mansion in Malibu. The 14,000-square-foot clifftop mansion is located above Paradise Cove beach, one of the most desirable areas in Malibu. This was his first home in Malibu.

Then, in February 2021, Koum dropped $87 million on another home in Malibu. The property once belonged to the late Kenny Rogers in the 1980s. Koum purchased the property from entrepreneur Sanela Diana Jenkins. Koum now owns $187 million worth of Malibu real estate alone spanning about seven acres with more than 100 feet of ocean frontage. His newest home has a beach cabana with a retractable roof, wet bar, fire pit, and built-in barbeque.

Hey Jan, if you're reading this and ever need a responsible and very neat and clean house sitter, call me, I'm available.