By Joseph Gibson on August 28, 2015 in Articles › Billionaire News

You might be familiar with the TV show Shark Tank, on which would-be inventors peddle their wares before potential investors for the sake of their entrepreneurial dreams and our entertainment. One of those inventors was Jamie Siminoff, who, back in September of 2013 appeared on the show with an invention of his known as the DoorBot. His appearance on the show didn't go quite as he'd hoped it would, but it led to a series of circumstances that ultimately worked out in his favor, to say the least.

The DoorBot was (and still is, albeit under a different name now) a kind of "video doorbell" that syncs up to the user's smartphone, allowing them to see just who's at the door in real time – it's technology that runs the risk of making knock-knock jokes obsolete, but it has benefits that outweigh this side-effect. The DoorBot also came equipped with a burglary-deterrent feature that allowed users to pretend they were in the house when they actually weren't, and when Siminoff appeared on Shark Tank he already had about a million dollars a year in sales of the device under his belt. He was seeking some extra investments in order to take his product to the next level, a product he'd valued at about $7 million. He didn't get any offers from any of the show's three sharks that were anywhere near that neighborhood, though – in fact, only one of the sharks snapped at his bait at all, with a $700,000 loan offer in exchange for ten percent of sales until the loan was paid back, and a 7% slice of all sales after that, plus 5% equity in the company. 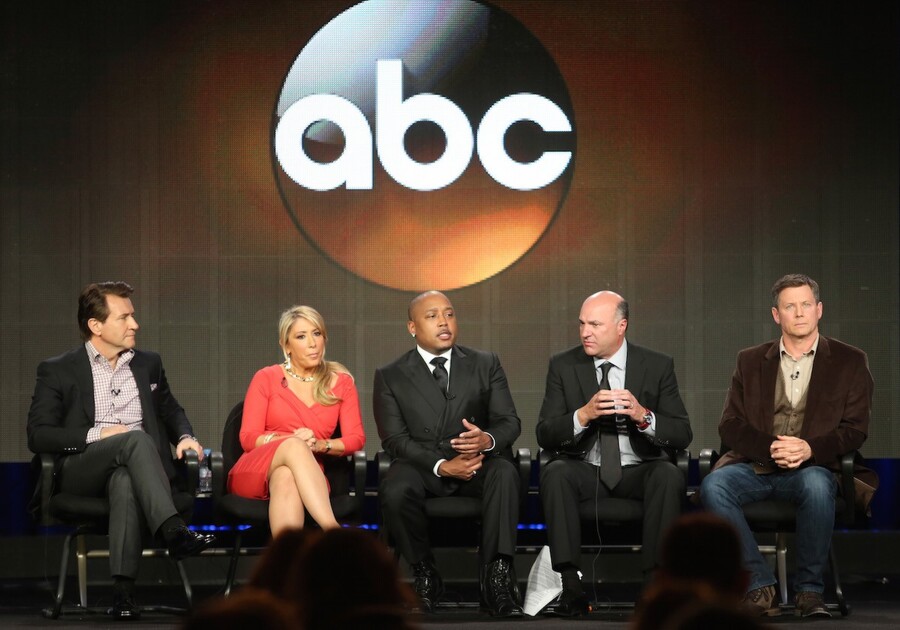 But the thing about a show like Shark Tank is, like Joe Pesci says in Raging Bull, if you win, you win, but if you lose you still win. Once Siminoff's segment on the show actually made it to air (which was not a guarantee, just because he showed up and participated), sales of the DoorBot spiked, with "at least $5 million in additional sales," according to a recent estimate by Siminoff.

The good fortune enjoyed by Siminoff and his invention didn't stop there, though. Following a re-branding of the product to the catchier "Ring," it started really taking off, going from all online sales to big retailers like Best Buy, Home Depot, and Target. And from there, it eventually got the attention of none other than Virgin Group founder Richard Branson, after Branson saw Ring being used by someone vacationing at his island. After getting the unwitting demonstration, Branson was ready to invest, and the result was a $28 million investment from Branson, who in addition to a host of other eager investors (including Shea Ventures, American Family Insurance, True Ventures, and more) brought the company's valuation to $60 million. And for it all, Siminoff has to thank his loss on Shark Tank. As consolation prizes go, that definitely beats a set of steak knives.