By Amy Lamare on November 5, 2020 in Articles › Billionaire News

James Dyson was born in Norfolk, England on May 2, 1947. As a kid, he was a long-distance runner. He spent a year at the Byam Shaw School of Art and then studied furniture and interior design at the Royal College of Art where he helped design the Sea Truck in 1970. He also designed the Ballbarrow, a modified wheelbarrow that used a ball instead of a wheel. They then invented the Trolleyball, a trolley that launched boats, and the Wheelboat, a vehicle that could travel on land or sea at up to 40 mph. 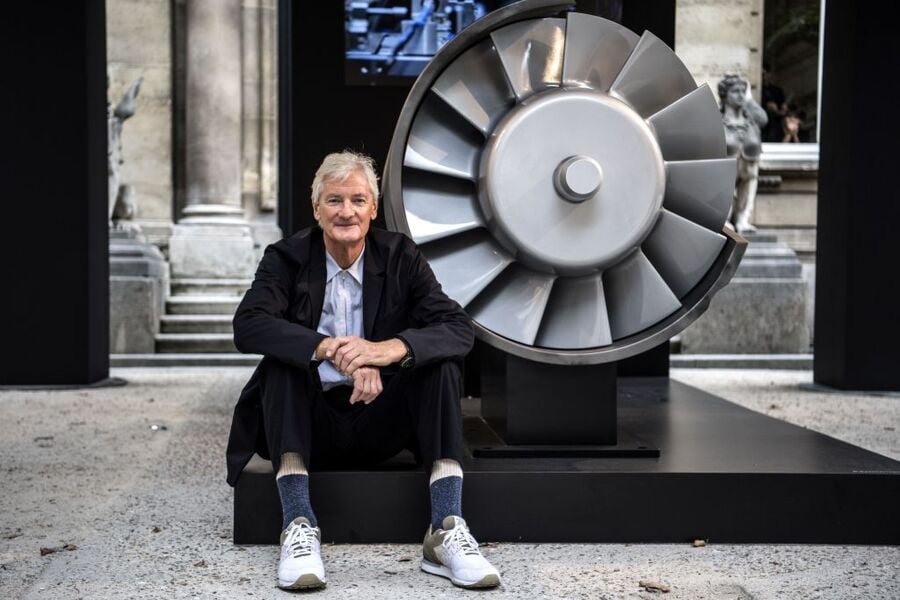 Sometime in the late 1970s, Dyson came up with the idea of using cyclonic separation to create a vacuum cleaner that would not lose suction as it picked up dirt and debris. They say necessity is the mother of invention, and that was certainly the case with Dyson. He was frustrated with his Hoover vacuum and how the pores in the dust bag kept getting clogged and reduced suction.

Dyson left his job. His wife's salary as an art teacher mostly supported them. It took 15 years but finally, in 1983, Dyson debuted the G-Force bagless vacuum cleaner. There was only one problem. No one in the UK would carry his vacuum because it would kill the lucrative market for replacement vacuum bags. Dyson ended up launching the G-Force in Japan and sold it in catalogs. It wasn't cheap, a G-Force cost $2,600 back then. Dyson was smart enough to file a bunch of patents for his dual cyclone vacuum in 1980. In 1991, the G-Force won the International Design Fair Prize in Japan.

Still, Dyson could not get major manufacturers to sell his vacuum, so he set up Dyson, Ltd, his own manufacturing company. It took more than a decade for Dyson to break into the UK market. The UK market for replacement vacuum bags was $130 million annually. Dyson's "say goodbye to the bag" slogan was way more popular with consumers than it was when Dyson focused his marketing on the superior suction of his vacuum. The Dyson vacuum became one of the most popular brands in the UK.

Several other major vacuum makers started marketing their own cyclonic vacuum cleaners once Dyson was a success. Dyson sued Hoover UK for patent infringement. The court found in his favor. Hoover had deliberately copied a critical part of Dyson's patented designs. Hoover was ordered to pay a bit more than $5 million in damages.

In 2005, Dyson created the Dyson Ball vacuum cleaner. It incorporated the wheel ball from his earlier Ballbarrow concept. The ball made the vacuum more steerable, which made it great for getting around corners and obstacles.

Dyson is married with three kids. He is the owner of Nahlin, the largest British-flagged superyacht. The yacht is 299 feet long. For his invention and all his hard work making it to market, Dyson has a net worth of $20 billion. And remember, it took 15 years and 5,126 failures before he struck gold with the 5,127th prototype. Never give up on what you believe in.