By Amy Lamare on November 6, 2020 in Articles › Billionaire News

For five years, Jack Ma had the distinction of having the biggest IPO of all time. When his Alibaba went public in 2014, it was a $25 billion behemoth. In 2019, the $29.4 billion IPO of Saudi Aramco knocked Ma and Alibaba off that throne. Well, now he's back. Jack Ma's latest entrepreneurial effort, the fintech company Ant Group is about to make its IPO and it is expected to be the biggest IPO in history. The IPO will be on the Hong Kong and Shanghai markets and is valued at $34.4 billion. That will add quite a bit to Ma's already impressive net worth. Ma is one of the most successful entrepreneurs in the tech industry. He has transformed the internet landscape in China. It's nearly impossible to go anywhere in China and not see Alibaba and Ant.

Ma developed Alipay, the payment app that is the core business of Ant. He originally created it as a side project to fill a need in China's growing e-commerce industry. Before Alipay, state-run banks with bad customer service and inefficient methods were the only options. Ant changed that. With Ant, people can apply for and get decisions on small loans quickly. They can also pay for things through Ant and invest in money market funds with as little as 15 cents. 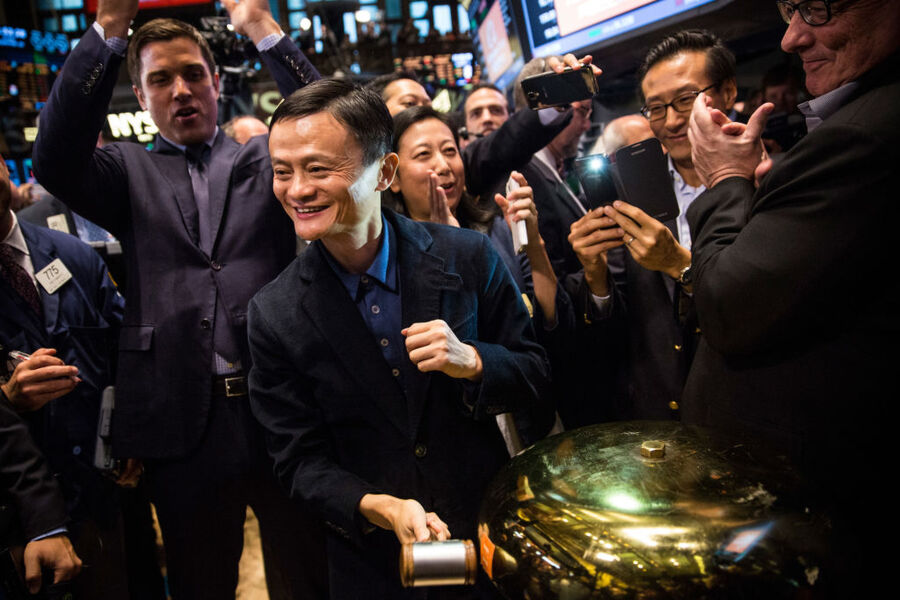 Ma has an 8.8% stake in Ant. The company is worth more than $27 billion after its IPO.  This is old territory for Ma. As mentioned, Alibaba went public on the New York Stock Exchange in 2014 and raised $25 billion. He is debuting Ant on both the Hong Kong and Shanghai stock exchanges. Shares are expected to start trading on November 5.

Ant's IPO comes as several Chinese companies have been abandoning IPOs on the New York Stock Exchange in favor of markets closer to home due to growing tensions between Washington DC and Beijing.

Ma essentially brought the internet to China. During a trip to the U.S. in 1995, he learned about the internet. In China at the time, the internet was pretty much nonexistent. In 2005, he finally got connected to the internet in China and it took three and a half hours to load half a page. Still, he was happy. He proved the internet existed to his friends. Today, Ma's Alibaba hosts live-stream shopping events for millions of customers.

Jack Ma has committed to donating 611 million of his Ant shares to charitable causes.