Jack Dorsey Doesn't Take A Salary, But Where Is His Charitable Giving?

By Amy Lamare on December 27, 2018 in Articles › Billionaire News

Billionaire Jack Dorsey is a riddle of sorts. On one hand, he's very open. On the other, he's notoriously close-lipped. Since 2015, he has been at the helm of two of Silicon Valley's hottest companies. He runs Twitter and Square. For his efforts, he receives a salary of $2.75. That's not a typo. Dorsey doesn't draw a salary from Twitter. Square pays him $2.75. He still has income coming in from the stock he's been selling recently. So far this year, he's sold 1.7 million shares of mobile payment company Square. That netted him about $80 million after taxes.

It's a good time to sell Square. The company isn't profitable yet, but its stock is up 80% this year. The bulk of Dorsey's $4 billion net worth is tied up in his equity in Square. Thanks to the rise in its stock, he's worth $1.9 billion more than at the start of 2018. Twitter has also been on an upswing with its stock gaining almost 50% this year. Dorsey's Twitter stake is worth about $600 million. He hasn't sold any of that stake this year.

Dorsey isn't the only tech CEO that doesn't take a salary. Mark Zuckerberg, Larry Ellison, Larry Page, and Sergey Brin all collect a salary of $1 per year. Typically, these executives receive lucrative compensation that is tied to the company's performance instead. They also own tons of company stock that they can and often do sell, often to fund charitable giving.

Speaking of charitable giving, Jack Dorsey is atypically quiet on the subject of his. And Dorsey is an oversharer by nature. Peruse his Twitter feed and you'll learn that he loves infrared saunas, did a 10-day silent meditation retreat in a monastery in Myanmar, and keeping track of his heart rate while he meditates. So why doesn't he talk about his charitable giving?

When Square went public in 2015, Dorsey unveiled plans for his Start Small Foundation. He pledged to give it 40 million shares. In a letter to prospective shareholders, Dorsey wrote:

"I believe so much in the potential of this company to drive positive impact in my lifetime that over the past two years I have given over 15 million shares, or 20 percent of my own equity, back to both Square and the Start Small Foundation, a new organization I created to meaningfully invest in the folks who inspire us: artists, musicians, and local businesses, with a special focus on under served communities around the world."

There's only one problem. There is no Start Small Foundation listed as a charitable foundation under section 501(c)3 of the U.S. tax code. There is no website. There is no Twitter account. There are no nonprofit or corporate filings corresponding to that name. 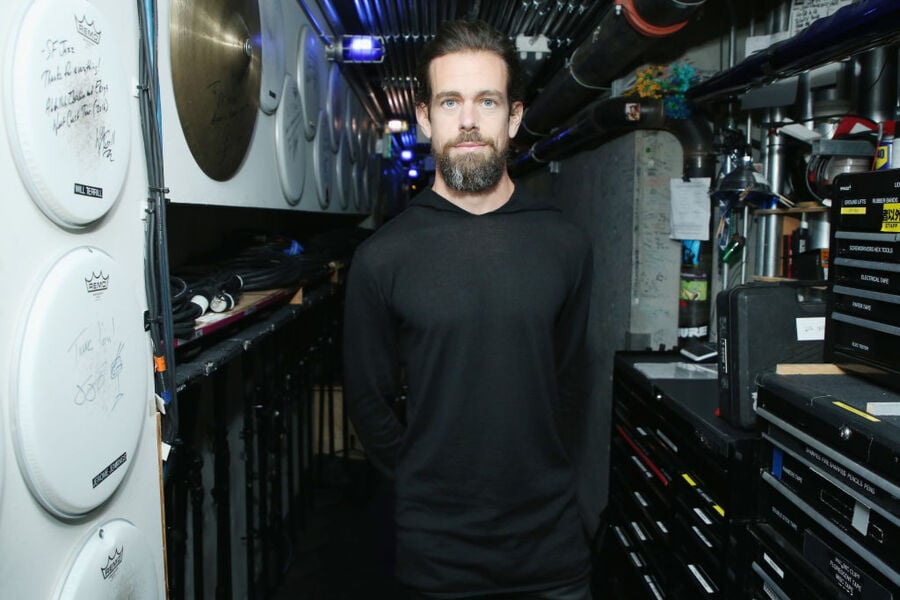 In fact, the only Start Small Foundation is part of a donor-advised fund at the Silicon Valley Community Foundation. That foundation is famous for cozying up to the technology elite in the Bay Area. Donor advised funds are considered the "dark money" of the philanthropy world. Funds given to this type of fund make the money largely untraceable. Donor advised funds are simpler and cheaper to set up than a foundation. It also allows wealthy people to avoid transparency around their giving—such as how much they have donated or pledged to philanthropy or where they have donated. Or if they have donated at all.

Corporate filings and public records show that the domain name startsmallfoundation.org was registered on October 9, 2015. On the same day, Start Small LLC was registered in Delaware. A limited liability company is a for profit entity with more freedom than a nonprofit. LLCs can make investments in startups, donate to political campaigns, and give money to charities. For instance, Mark Zuckerberg's philanthropic arm, Chan Zuckerberg Initiative is structured as an LLC.

Start Small LLC is briefly mentioned in Square's 2017 proxy statement, which notes that the entity holds 272,500 shares of Square's Class B shares. It does not appear in any other proxy statements. Dorsey announced the foundation's existence in a tweet on October 14, 2015. At the time, he said that he would start his giving with Ferguson, Missouri. Dorsey is from St. Louis and took part in the 2014 protests in Ferguson after the shooting of Michael Brown by police. From 2015 to 2017, the Silicon Valley Foundation reported various grants as high as $125,000 to St. Louis area organizations. None appear to have a relationship with Ferguson or Dorsey. And of course, since it was donated by a donor advised fund, they don't have to disclose anything.

It is odd that Dorsey is typically such a believer in openness and transparency in general but is so totally silent about his charitable giving. Tax filings for a 501(c)3 private foundation called Start Small do exist for 2015 and 2016. No tax filings exist for 2017, which suggests that the foundation is no longer active. Even the tax filings for 2015 and 2016 show no assets and no activity. Does the Start Small Foundation exist? Did it ever? That is the mystery.