J.P. Morgan's CEO Declined A Chance To Double His Salary

By Daniel Lipson on April 16, 2017 in Articles › Billionaire News

Last year, J.P. Morgan CEO Jamie Dimon took home $28 million. But in the days following November's presidential election, Trump's team tried to recruit the bank chief as Treasury Secretary. When Dimon turned down the offer, he gave up an immediate payday of nearly $70 million, according to recent securities filings.

J.P. Morgan Chase has special provisions for compensating employees who leave the bank for government service. The provisions allow employees, such as Dimon, to walk away with the full amount of stock-based pay and bonuses they would otherwise lose. This common and contentious provision is known on Wall Street as the "revolving door."

When employees who leave to serve in government are forced to divest assets to prevent conflicts of interest, the policy fast-tracks the vesting of their stock awards. That means the person would receive the full value of earned compensation immediately, instead of waiting for it to be vested over time. In Dimon's case, he would've been entitled to a lump sum payout of $67.8 million. 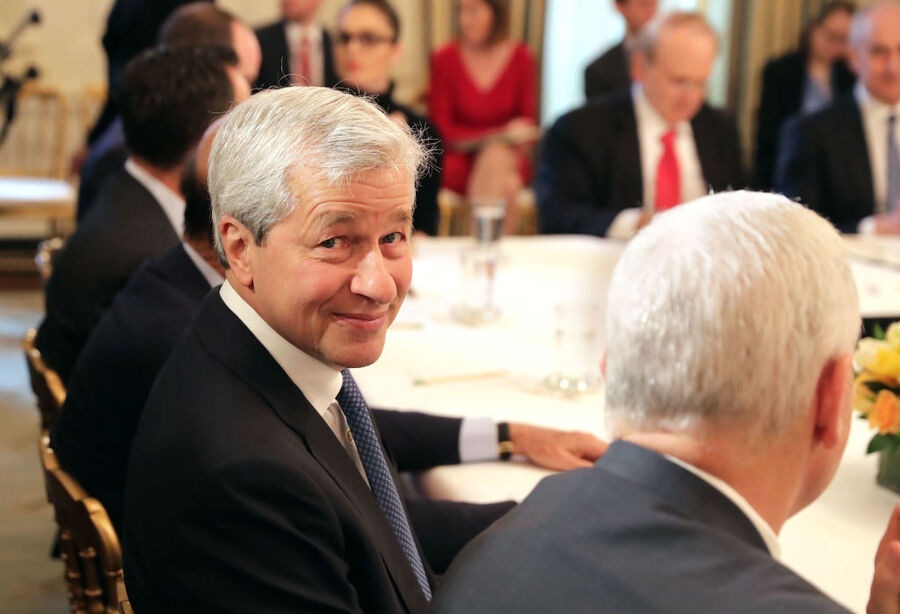 The AFL-CIO, which represents labor unions, has submitted their third shareholder proposal calling for the bank to put this practice to an end. When former Treasury Secretary Jack Lew left Citibank to join the Obama administration in 2013, he received a substantial bonus. Since then, Goldman Sachs and Bank of America have also taken advantage of the provision, and are being targeted by the AFL-CIO.

J.P. Morgan is urging shareholders vote against the proposal. They claim the payments representation compensation that was already earned and shows respect to those who chose to enter public service. The difference with the provision is the timing of when the payments will happen. Dimon doesn't appear to regret the delayed gratification.

Goldman Sachs had to confront the same issue when the president and COO Gary Cohn resigned for a position as an economic advisor. He was given a parting gift of $85 million, including $65 million for Goldman stock that he cashed out on to avoid conflicts of interest. All of Cohn's stock awards had already been vested, so there was little doubt that the bank owed its former COO money.