By Joseph Gibson on March 15, 2022 in Articles › Billionaire News

The latest superyacht owned by a Russian oligarch to be seized in retaliation against Russia's invasion of Ukraine also happens to be one of the largest and most expensive yachts of all time: Sailing Yacht A, the $538 million, 470-foot vessel owned by Russian billionaire Andrey Igorevich Melnichenko, according to a recent Reuters report.

Melnichenko is one of several such billionaires to face international sanctions on his property and assets due to the invasion, this particular sanction being carried out by Italy, where the massive craft was in port.

According to the Italian government, the yacht has been relocated and is now sequestered in a different port, in Trieste. The government also reaffirmed the oft-repeated claim that Sailing Yacht A is the biggest sailing yacht on the planet. 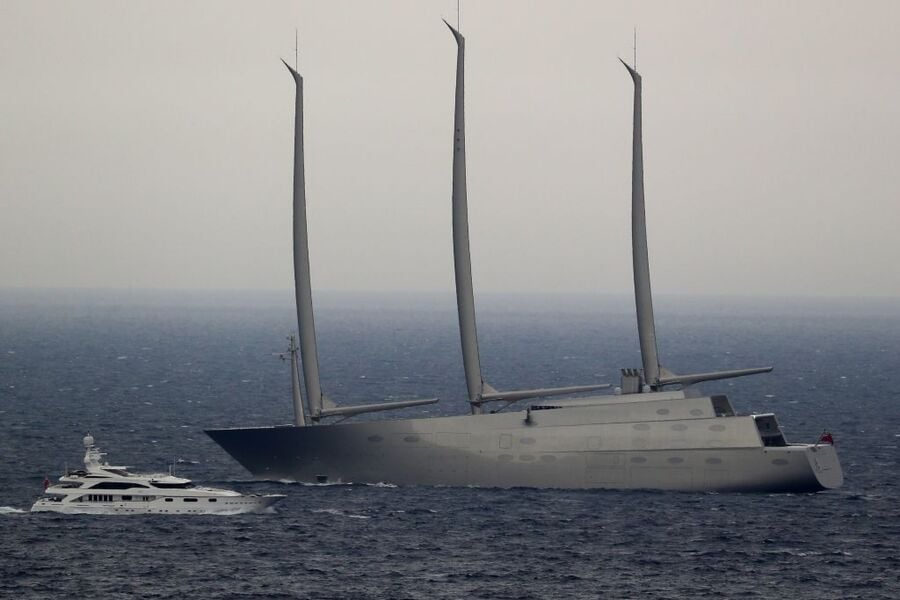 A spokesperson for Melnichenko says he has "no relation to the tragic events in Ukraine. He has no political affiliations," and that for that reason the seizure should not have happened. The spokesperson continued:

"There is no justification whatsoever for placing him on the EU sanctions list…We will be disputing these baseless and unjustified sanctions, and believe that the rule of law and common sense will prevail."

Melnichenko has other problems to deal with as well, as the seizure happens as he resigns from the boards of his companies EuroChem Group and SUEK, presumably as a result of his perceived ties with Russia.

He's just one of several prominent Russian billionaires (or oligarchs, as they are often referred) to be hit with sanctions targeting their assets outside Russia. Italian authorities have been a big part of that, seizing some $763.63 million worth of assets (mostly luxury villas and yachts) from Russian business people with alleged ties to Vladimir Putin, according to Italian Economy Minister Daniele Franco. And according to Italian tax police leader Giuseppe Zafarana, they aren't finished yet:

"So far we have hit what was visible, now we have to hit the rest such as shareholdings. We are doing a great job to bring out what is shielded by trusts and front names."