By Joseph Gibson on July 13, 2015 in Articles › Billionaire News

Italian police made one of their biggest busts ever over the weekend, having seized a total of $1.77 billion in assets from five different siblings with alleged Mafia ties out of Corleone, Italy (yes, it's a real place). True to its reputation throughout the rest of the world thanks largely to The Godfather and its sequels, the town of Corleone is a real-life mafia hot spot, and many real-life mob bosses were born there – including names that may be familiar to Cosa Nostra buffs, like Tommy Gagliano, Jack Dragna, Giuseppe Morello, Michele Navarra, Luciano Leggio, Leoluca Bagarella, Salvatore Riina and Bernardo Provenzano. Of course, even if you're not familiar with the real history of organized crime in Italy, there's a good chance you're familiar with Vito Corleone, probably the most famous person to come from Corleone, even if he is a fictional character.

The raid was made by DIA, Italy's own police force focused expressly on organized crime. It was focused on Virgas, a construction company in Sicily that was a front for Mafia organizations. As part of the raid, dozens of bank accounts were frozen, several cars seized, as well as an estimated 800 buildings owned by Virgas. DIA's vice-chief of operations Adelmo Lusi held a press conference following the raid, telling supporters "today's seizure is certainly one of the biggest the DIA has carried out in its 20-year history," clearly a big victory for the organization. 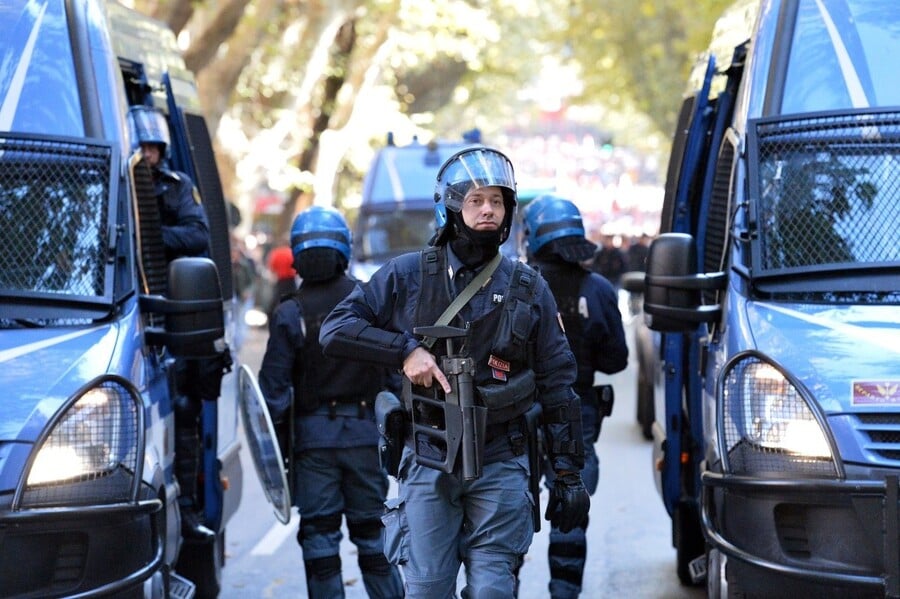 Three brothers and two sisters were the primary target of the raid, but they weren't alone in their criminal operations. They are alleged to have received cooperation, not just from Cosa Nostra families in Corleone, but politicians and elected officials working within the government. That included collusion with Mafia families for lucrative construction contracts that police officials say should have gone to legitimate businessmen rather than Mafia organizations. The infiltration of construction companies has reportedly become a very lucrative market for the mafia as of late, owing in part to a soft economy in Italy and the rest of Europe.

Although the most recent DIA raid is one of the biggest in the last 20 years, it's far from the only blow dealt to organized crime by law enforcement recently. Many of the Corleone Mafia family heads have been locked up thanks to criminal informants – including those that had previously evaded arrest for years. Things have gotten bad enough for the Cosa Nostra (in case you're not up on your Sopranos, "Cosa Nostra" is Italian for "Our Thing," or "This Thing of Ours") families that crime families based in Naples rather than the Cosa Nostra's traditional home of Sicily have encroached on many of the Mafia's traditional strongholds and revenue streams, and now they're almost $2 billion poorer. It's enough to make you believe that maybe in the long run, crime really doesn't pay, after all.