How ISIS Collects $1 Billion in Taxes Per Year

By Mark Kurlyandchik on December 16, 2015 in Articles › Billionaire News

In a single given year, ISIS, ISIL, Daesh, the Islamic State, or whatever else we decide to call them these days, collects almost a billion dollars in "taxes," that are strong-armed from people living within its territory and those passing through it.

A recent report in The New York Times details some of the ways the terrorist organization operating in large swaths of Iraq and Syria fills its coffers and funds violent attacks, like the one in Paris on November 13, 2015.

Some of the organization's taxation tactics are expected of a local government: Islamic State police monitor traffic and issue tickets with fines, Islamic State utilities charge for delivery of water and electricity, and Islamic State income taxes are levied. ISIS also charges "import duties" on goods and people moving into and through its territory and acts as a landlord for businesses renting spaces in government buildings.

Much attention is given to the group's oil-smuggling and kidnapping operations, which bring in millions of dollars. But the report suggests that taxing its people is the largest revenue source for one of the world's most well-funded terrorist organizations. The director of the Terrorism, Transnational Crime and Corruption Center at George Mason University told The New York Times:

"They fight in the morning and they tax in the afternoon."

In addition to the more mundane tariffs, levies, and fines, ISIS also engages in more nefarious revenue-generating activities that earn it worldwide media attention. The group is known for kidnapping foreigners and holding them for ransom, looting priceless antiquities, and robbing banks. Since the Paris attacks, the U.S. has more seriously targeted the group's oil operations. But the Islamic State's more government-like apparatuses are much harder to sanction and they provide much more revenue, making ISIS the richest terrorist organization in the world. 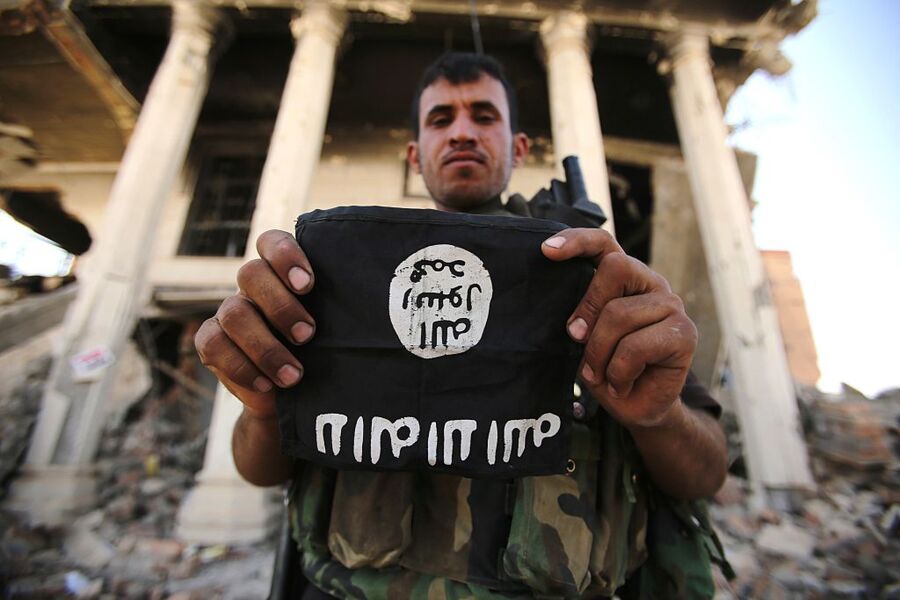 The New York Times report offers some specific examples of how the Islamic State makes its money:

All in all, ISIS is estimated to bring in about $900 million from its government-style system of fees and taxation, on top of the $500 million it makes from oil, and the $1 billion windfall it took from looting banks, and the scale and size of the Islamic State's operation is unprecedented for a terrorist group.