Is NASCAR Ripe For A Sale?

It wasn't all that long ago that NASCAR was big business. Races were jam packed with spectators. Nearly every weekend you could find a race on television. Sponsors flocked to race teams. NASCAR had become ubiquitously American, possibly even more so than baseball and apple pie. Today, there's a different story surrounding NASCAR. Declining attendance and a waning taste for the high-octane world of stock car racing has left the sport vulnerable to sale.

Richmond Raceway used to seat 112,000. Now it seats half of that. Many large NASCAR venues have been downsized. It isn't good business for television broadcasts to show empty seats. Television ratings have been on a decline for 10 years. This year's Daytona 500 was the lowest-rated broadcast in history. The sports' biggest stars—Dale Earnhardt Jr., Tony Stewart, and Jeff Gordon have all retired. It would have been unthinkable 10 or 11 years ago for there to be threat of a sale of NASCAR, but today the sport is so cash-strapped it seems all but inevitable. 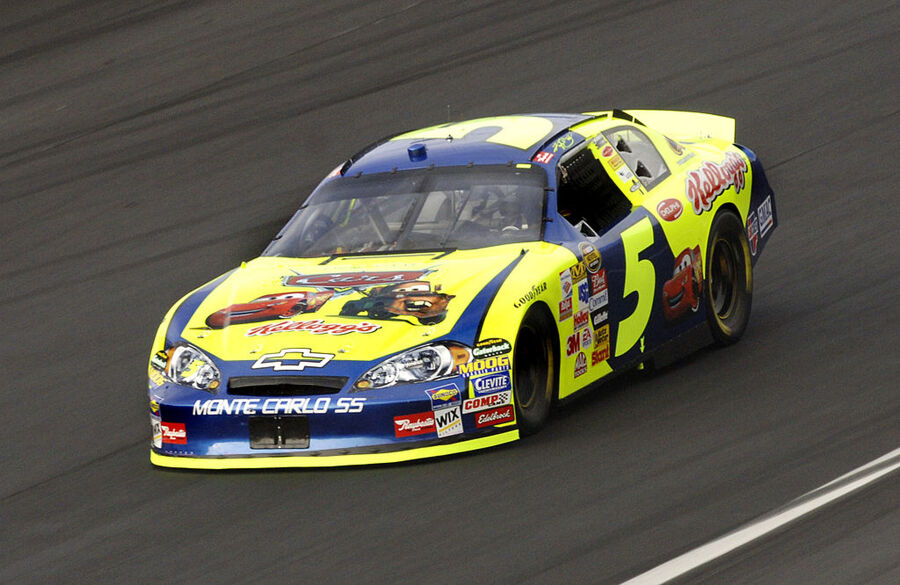 In fact, Reuters reported in May that NASCAR's owners are exploring a potential sale of the privately held company with investment bankers from Goldman Sachs. Industry insiders believe that the France family, which owns NASCAR, is testing the marketplace. With the rapid and continued decline of the sport, a sale may be the only way to save it. Look at the UFC, it was not a popular or money making sport before Frank and Lorenzo Fertitta bought it for $2 million. They sold UFC 17 years later for $4 billion. Could NASCAR be ripe for a similar sale and revitalization?

NASCAR stands for the National Association for Stock Car Auto Racing. Unlike the NFL, which has individual team owners and a commissioner to oversee it, NASCAR is a family owned business. NASCAR is owned by the descendants of Bill France, who founded the sport in 1948. His son, Bill France Jr. built the sport into an empire thanks to marketing by RJ Reynolds Tobacco Company in the 1970s, 80s, and 90s. Third generation CEO and chairman Brian France took over in 2003 and oversaw expansion of NASCAR from coast to coast.

There is not a real estimate of how much NASCAR is worth. No one knows (outside of the France family and their financial advisors) what the profit margin of the sport is. The closest way to determine a rough value is to look at Formula One racing. Liberty Media bought Formula One in 2016 for $8 billion. It is believed that NASCAR would fetch much more, especially if International Speedway Corporation (a publicly traded arm of NASCAR), were included in the deal.

NASCAR benefits from having little overhead, not many expenses—it is essentially a sanctioning body with a license to print money. NASCAR collects fees from every entity it interacts with. The biggest among them is of course the television deals. NASCAR currently has deals with Fox and NBC worth $8.2 billion. Those deals expire in 2024. The revenue from the broadcast deals is shared with track owners and drivers. NASCAR also receives money from sponsors and corporate partners who pay a fee to be associated with the NASCAR brand. Owners of race tracks pay fees to host races. Team owners pay to enter events. Drivers and crew members are required to purchase annual licenses. And then, of course, there is the merchandising. But perhaps most importantly, any potential buyer would want to know if NASCAR can attain the audience it had a decade again? Could it ever be as popular in Los Angeles and Seattle as it is in Daytona and Richmond? Could it expand to Canada? Mexico? South America?

So what killed NASCAR's money printing machine? It could be traced back to the death of the sport's most beloved figure – Dale Earnhardt. His black Chevy painted with the Number 3 was a menace on the race course. Earnhardt died in a crash during the final lap of the 2001 Daytona 500. Or perhaps it was the redesign of the cars in 2007. The new "Car of Tomorrow" made the sport safer. It also took away the long standing rivalry between Fords and Chevrolets that was at the heart of many NASCAR fans' passion. That same year, NASCAR let non-American made cars into the sport for the first time. For many, seeing a Toyota Camry circling the track was not right.

Perhaps the biggest factor in the decline of NASCAR was its rapid expansion. In an effort to grab audiences in major media markets, NASCAR allowed owners to close legendary venues in North Carolina in the 1990s to open fancy new racetracks in Las Vegas and Southern California. This alienated the sports core fans. Even worse, those new fans in Las Vegas and Southern California proved to be fickle. They just didn't take to the noise, gas guzzling spectacle the way fans in the South did.

Then NASCAR kept changing the details. They added a post season. They changed the point structure. They divided races into segments to bring the drama for three hour plus television broadcasts.

And, of course, the 2008 economic crisis didn't help. The sports' core fans were hit hard. When the economy rebounded, many NASCAR fans stayed home.  That led to NASCAR's main revenue stream-the corporate sponsors to either slash their commitment or walk away from NASCAR completely. Add in millennials shift away from car culture and NASCAR ended up with a fan base that was not only getting smaller, but also getting older.

Officials for NASCAR continue to insist their audience is larger than race day attendance. To be clear, more fans turn out for NASCAR races than do for most MLB game.

Can NASCAR reinvent itself for an era in which many people get their content from social media and their phones? If the sport sold, who would buy it?