Is Elizabeth Holmes A Genius Or A Con Artist?

It seemed like such an amazing, revolutionary idea. One nearly undetectable pin-prick to your finger and 10 minutes later, you find out if you are anemic, pregnant, HIV negative, or have low thyroid function. This was the idea behind Elizabeth Holmes' blood testing company, Theranos. The medical community got excited about it. Venture capitalists got excited about it. The biotech industry got excited about it. The Theranos method, as developed by Elizabeth Holmes, was the first major innovation in blood testing in decades. Not that long ago, Theranos was valued at $9 billion and Elizabeth Holmes was the youngest self-made female billionaire in history, with a net worth topping $4 billion. And then it all came crashing down.

Elizabeth Holmes dropped out of Stanford at 19 to found Theranos. Now 32, over the years she has proven to be both driven and evasive. She has been both enamored with press coverage and wary of it. She has an obsession with modeling herself after Steve Jobs, right down to the black turtlenecks. She was celebrated and touted for her discovery and for becoming the youngest self-made female billionaire. But now we have to ask the question – was it all a con job? Was Elizabeth Holmes' vaunted discovery simply smoke and mirrors? 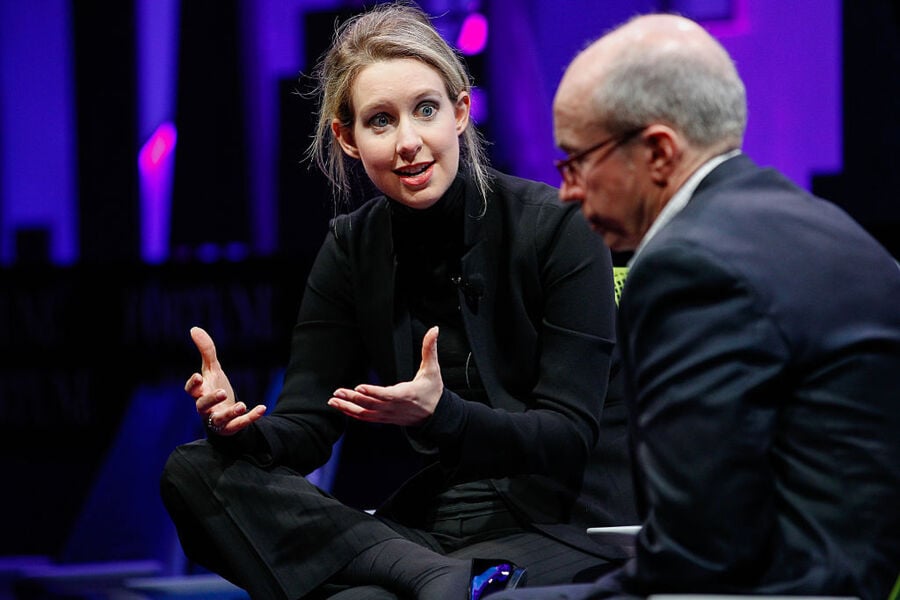 Holmes had a great idea. But over the last decade, it appears that she spent more time promoting her idea than making sure it worked as advertised. Holmes evangelized about how she wanted to empower patients to take control of their healthcare but didn't mention how she was going to make that happen, other than the overused company ethos of the one-prick test. But it wasn't just Holmes. The entire company was secretive. Theranos was very good at giving evasive answers to questions. Theranos was even better at dodging questions. Instead, they hid behind the stock excuses of proprietary practices and trade secrets.

For some reason, this didn't bother investors. Theranos raised $400 million for a technology, that, it turns out, was nowhere near being what they claimed it was. The key to Theranos' revolutionary blood testing was the machine that made it possible to run blood tests on a tiny amount of blood. Theranos called it Edison.

Then suddenly, there were rumors that Theranos was actually only using Edison on a very small number of the tests being performed. The others were done using traditional methods and machines, which required the one-prick of blood to be diluted in order to be read. This could lead to inaccuracies and false results and it did. It turns out that those rumors were the truth.

Last fall, Theranos ran into trouble when it was revealed that the company was exaggerating the results of their technology. Several former patients who've used the Theranos tests in Walgreens Wellness Centers received very inaccurate results. This made the company the subject of a criminal investigation. Theranos is accused of putting 81 people in danger by failing to disclose a problem with a specific hematology test. Then Theranos was forced to void two years worth of blood test results.

Theranos was able to get away with these shady practices because the company had very little oversight. Startup biotech companies are do not have a peer-review process. Venture capitalists' decisions to invest hinge on many factors and may not necessarily include hard data much of the time. Sometimes just the idea behind the company is enough to close funding. That is what happened with Theranos.

Theranos was a great idea, but at this point it feels like that it all it is – an idea. Holmes and her staff were never able to bring that idea to fruition.  And that is OK – that happens. What is unforgivable is the secrecy, evasiveness, and untruthfulness. Theranos put people's lives at risk by not admitting the shenanigans they were up to. Traditional blood testing requires vials and vials and vials of blood. Can you imagine how diluted that pin-prick of blood had to be to run through machines designed for many vials?

Federal regulators have revoked the license of Theranos' California blood testing facility AND they have banned Holmes from owning or operating a lab for at least two years. The company is facing a civil financial penalty and is also now ineligible to receive Medicare and Medicaid payments.There are also criminal allegations pending from both Theranos patients and the Department of Justice.

In 2015, Elizabeth Holmes was named to TIME Magazine's list of the top 100 Most Influential People. Henry Kissinger, who was a Theranos board member, wrote the entry. He said:

"When I was introduced to Elizabeth by George Shultz, her plan sounded like an undergraduate's dream. I told her she had only two prospects: total failure or vast success."

Time has run out for Elizabeth Holmes and Theranos and in the end, it appears her big idea was just smoke and mirrors.

Elizabeth Holmes has a net worth of $0.