Is Bernard Arnault Poised To Become The World's Richest Person?

By Amy Lamare on November 26, 2019 in Articles › Billionaire News

The world's richest person has been an American since the list started. Bill Gates has claimed the title for most of the time. Jeff Bezos had his moment. But now, it looks like a Frenchman will claim the title of the world's richest person for the first time. Bernard Arnault, the chairman and CEO of luxury goods maker LVMH, has seen his net worth jump to just over $106 billion following the 1% gain in the stock of his company on Monday, after the announcement that his company was acquiring the iconic jewelry brand Tiffany. LVMH is paying more than $16 billion for Tiffany. Arnault and his immediate family own more than 47% of LVMH. With a net worth of $106 billion, Arnault is now the second-richest person in the world. He surpassed Jeff Bezos and his $103 billion net worth, and is just $1 billion behind Bill Gates and his $107 billion net worth.

LVMH is the world's largest maker of luxury goods. LVMH is made up of 70 companies including Louis Vuitton, Christian Dior, Dom Perignon, and others. Arnault is the richest person in the fashion industry. He lives in Paris and has a vacation home on the French Riviera. Arnault has been the chairman and CEO of LVMH since 1989. The company is a family business. Four of his five children work at LVMH or one of its brands. Arnault owns a 96.5% stake in Christian Dior. LVMH had more than $53 billion in revenue in 2018. 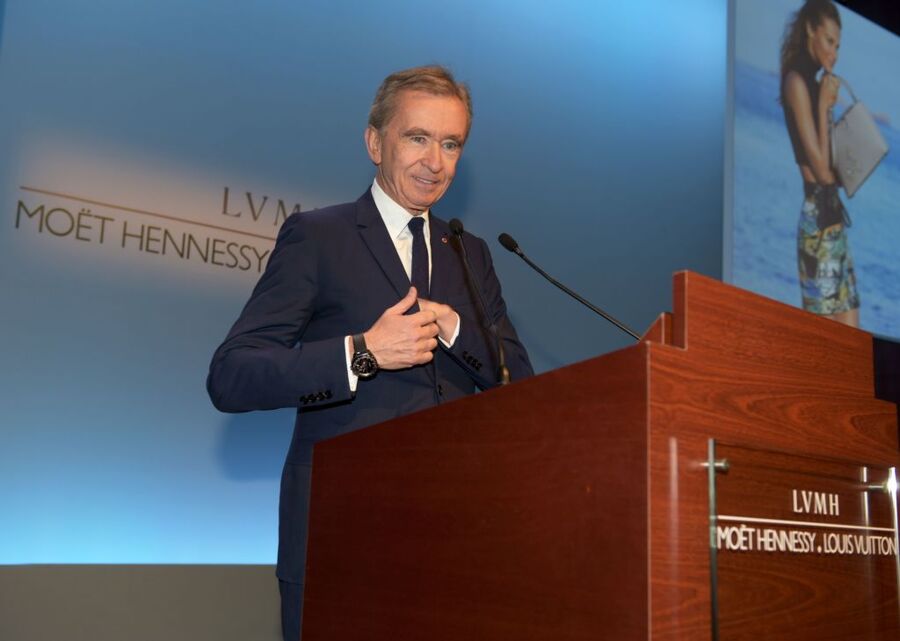 Arnault's wealth is growing at an astonishing rate. In January, he made $4.3 billion in one day after shares of LVMH surged 6.9%. In June, he became the third person in the world to have a net worth of at least $100 billion. Unlike Jeff Bezos and Bill Gates, however, Arnault is not in the technology industry.

Gates, Arnault, and Bezos are all very comfortably ahead of every other billionaire in the world. Warren Buffett is the fourth person in the world with an $82 billion net worth, Larry Ellison is fifth, with $70 billion, Amancio Ortega is sixth, with $64 billion, and Mark Zuckerberg is the seventh-richest person, with $50 billion.