The Internet Rich List: Billionaires Who Made Their Money In Technology

By Amy Lamare on February 11, 2018 in Articles › Billionaire News

The internet has created some of the world's youngest billionaires in the shortest period of time, ever. The 10-richest tech billionaires are insanely wealthy. The 'poorest' person on this list is worth $21 billion. Since the last time we published this list, some fortunes have more than doubled. All of them are men. All come from either the U.S. or China. These men founded messaging services, revolutionized the way we shop for books, created computers, set the standard for operating systems, created social networks and more. With multi-billion dollar fortunes, many of these tech billionaires now donate significant sums to philanthropy. Others bought professional sports teams. And still others are trying to shoot things into space. They are a diverse group of entrepreneurs who've made a big impact on the daily lives of millions of people. These are the 10-wealthiest tech billionaires in the world right now.

Michael Dell was studying to be a doctor at the University of Texas in 1984 when he started a company called PC Ltd. building computers. He dropped out of college to pursue building computers full time. That company later became Dell. By the time he was 23-years-old, Dell went public and Michael Dell is personally worth $18 billion

Sergey Brin co-founded Google with Larry Page in 1998, after meeting at Stanford a few years earlier. Today, Brin oversees Google's parent company Alphabet as its president. He is working on a way to provide WiFi to rural communities using high altitude balloons.

Just 20 years ago, Jack Ma was a modest English teacher who never could have even dreamed of the riches that would befall him in the following decades. In 1995, Ma visited the United States for the first time. He had recently started a side business, a translation company, to help capitalize on a recent Chinese export boom. It was during this visit to the U.S. that a friend showed Ma the Internet for the first time. This friend told Ma that anything he wanted could be found on the World Wide Web in an instant with the click of a button. So Jack searched for beer. In 1999, Jack brought 18 friends and family members together in his apartment and spent two hours pitching them his vision. Every single person bought in, giving Ma $60,000 to start Alibaba. On September 19th, Alibaba.com officially became the largest Initial Public Offering of all time. 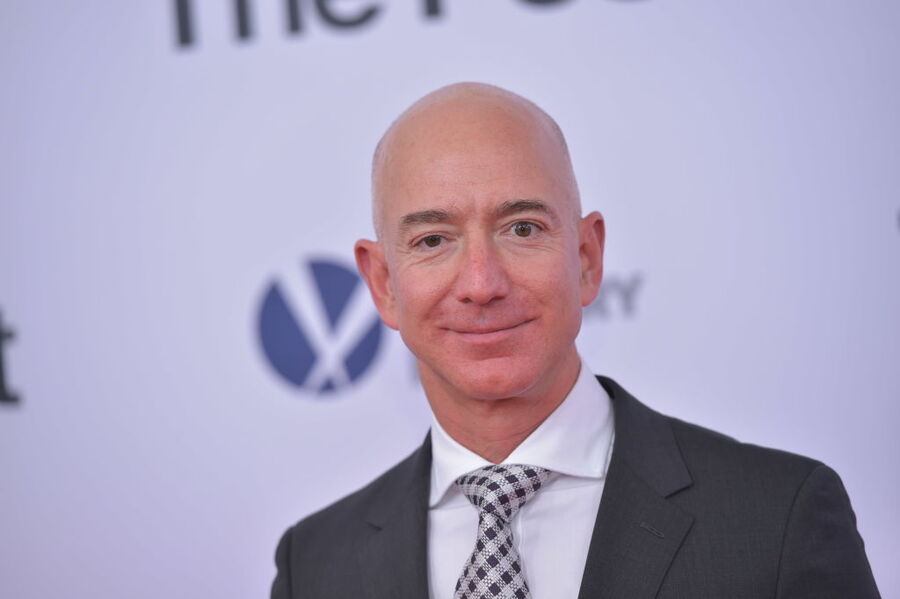 Ma Huateng is a Chinese Internet entrepreneur. Nicknamed "Pony", Ma is the founder, president, chief executive officer, and executive board member of Tencent Holdings, Ltd., one of the biggest telecommunications companies in China. Pony earned his B.S. in software engineering in 1993, and, in 1998, founded Tencent with four friends. One year later, the company launched Tencent QQ, an instant messaging service, which became very popular in China and put Pony on the road to his great wealth. Tencent soon became the largest instant communication service network in China. Along with its expansion, Tencent added more employees and eventually Ma was named chief executive officer, executive board member, and chairman of the board. Tencent grew in popularity with the introduction of such popular online multi-player games as, "League of Legends". Billed as "the Chinese AOL", Tencent now encompasses web portals, e-commerce, and multiple social networks as well.

Larry Ellison is the founder and CEO of Oracle, one of the largest software companies in the world. He is so wealthy that he owns Lanai—one of the Hawaiian Islands. Ellison lives in a $200 million house on 45 acres in Silicon Valley. The mansion is modeled after a 16th century Japanese estate.

Mark Zuckerberg famously developed Facebook while he was a student at Harvard. He subsequently dropped out and moved to Palo Alto to concentrate on Facebook. He and his wife Pricilla Chan have joined The Giving Pledge and vowed to give away 99% of their wealth during their lifetimes.

Bill Gates has been a billionaire since Microsoft went public when he was 30. He is the co-founder of the software giant and one of the architects of The Giving Pledge. These days, he is a member of Microsoft's board and focuses his time on his philanthropic work. He has been vocal about his desire to not leave his children much of his fortune so that they are forced to make their own way in the world rather than live off his billions.

Jeff Bezos isn't just the wealthiest tech billionaire; he is the richest man on the planet. He wrote the business plan for what would become Amazon during a cross country road trip with his wife. He single-handedly revolutionized the way we buy books—and after a while, also everything else under the sun from deodorant to chandeliers to scripted streaming television series. These days his focus is on the Washington Post, which he owns, as well as his space exploration company Blue Origin.