Instagram's Kevin Systrom Gets The Last Laugh (And $1.1 Billion Net Worth)

Social media is a relatively new phenomenon that has made a big impact on many people's lives. From MySpace and Friendster back in the dark ages to Twitter and YouTube to Facebook and Instagram, today there are more options than ever to keep up with your friends, family, and favorite celebrities. However, if you're a millennial, the place to be is not Facebook, it is Instagram. Just ask Kevin Systrom, the co-founder and CEO of the photo sharing app with more than 500 million members and 63% of all Millennials in the United States. Systrom knows what he's doing. At 32, he can count himself amongst that generation as well.

In 2005, Mark Zuckerberg tried to persuade Systrom to forego his senior year at Stanford to come work at Facebook and create a photo service for Facebook. Systrom declined and ended up working in a coffee shop where he once served coffee to Zuckerberg. In the end, Systrom would have the last laugh. Facebook acquired Systrom's Instagram in 2012 for nearly $1 billion. At the time, it had 30 million users and Silicon Valley thought Zuckerberg was nuts. Today, Instagram has as many users as Twitter, Snapchat, and Pinterest COMBINED—over 500 million—and is one of the fastest growing platforms of all time. Instagram added its newest 100 million users in just nine months. Even better for Facebook is the fact that Instagram is also a revenue generator. The app brought in $630 million in 2015. 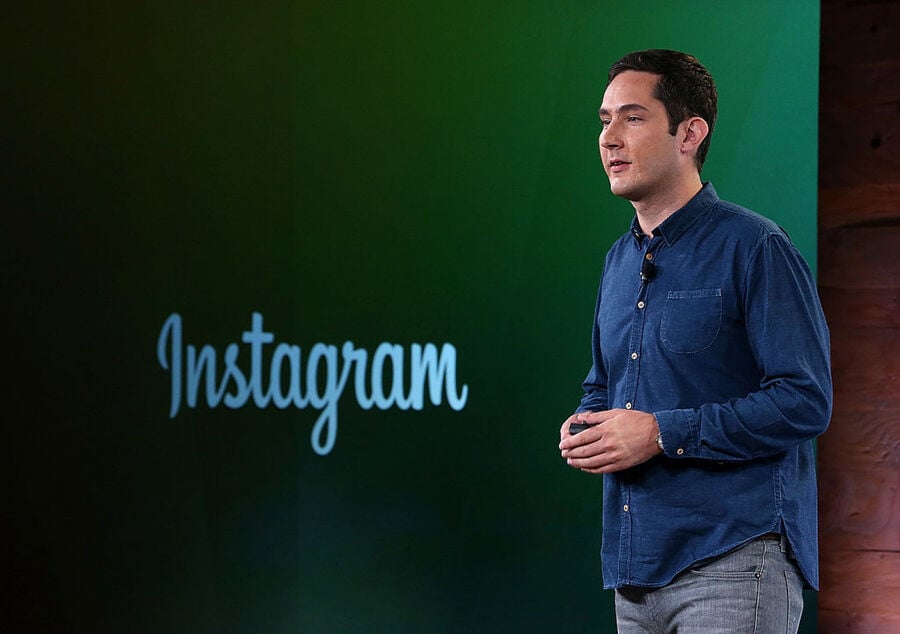 Kevin Systrom was born in 1983, in Massachusetts. He had an early interest in computer programming. As a kid, he created programs that would prank his friends by appearing to hack their AOL Instant Messenger Accounts. The summer between high school and college, Systrom worked in an old-school record store in Boston. This led to his brief career as a DJ. At 17, Systrom would open for real DJs at club shows in Boston. He had to be snuck into the club due to his again. Systrom went off to Stanford to study engineering and management science. He built web programs in his free time. One of them was a photo site he set up so that his fraternity brothers could share pictures amongst themselves. This sparked his interest in photography. During his junior year abroad in Italy, a professor introduced Systrom to a Holga—a cheap camera with a cult following because of its retro style photos. Systrom fell in love with the aesthetic of the Holga photos. They looked hip to him.

Systrom got an internship at Odeo, the startup that eventually gave birth to Twitter during one college summer. He graduated from Stanford in 2006 and landed at Google as an associate product marketing manager working on Gmail, Google Calendar, Docs, and other products. He was at Google for two years. Systrom became interested in location-based apps like Foursquare. He co-founded a mobile check-in game called Burbn in 2010. It wasn't long before he became interested in the idea of a photo app that did one simple thing. He developed an app that would overlay photos with Holga-inspired lenses, he called those lenses filters. He created X-Pro II – the first filter—while on vacation in Mexico. Once he got home he created more filters.   Today there are more than 20 filters to choose from. Systrom thought of his fledgling apps as an instant telegram, hence the name Instagram.

Systrom and his co-founder Mike Krieger worked on Instagram day and night for eight weeks. On the night of October 6, 2010, Systrom launched Instagram and tweeted about the new app. Nearly 25,000 people signed up for an account in Instagram's first 24 hours. Within nine months, the app had seven million users including celebrities like Justin Bieber and Ryan Seacrest. "To Instagram" became a verb.

The key to Instagram's stickiness is that it is intuitive, allows users to play art director with its filters and editing tools. A ho-hum photo can be turned into a glamorous or an edgy photo with the use of an Instagram filter. On average, Instagram's users spend more than 21 minutes in the app and collectively upload more than 95 million photos and videos everyday.

More than any other app, Instagram makes it easy to find photos and users who share your interests, whether that interest is dogs or body piercing. If an interest exists, there is a hashtag for it on Instagram.

The sticky engagement of Instagram is changing the way certain industries do business. In 2015, fashion designer Misha Nonoo staged her spring 2016 collections fashion show on Instagram, not on the catwalks at New York Fashion Week. During her "InstaShow," users could scroll through her collection inside the app. Instead of 20 models and an expensive set, Nonoo used three models and a smartphone. Her "InstaShow" was a hit and drove more traffic to her website than any traditional runway show ever had. Best of all? It only cost 65% of what a show at New York Fashion Week would have.

But Instagram's appeal reaches beyond fashion. It is changing the way companies advertise as well. Fast food giants and big banks advertise on the app. In fact, more than 200,000 companies advertise on Instagram. A year ago, that number was in the hundreds. Instagram ad campaigns are a win win for the advertiser as a Nielsen study found that ad recall for Instagram's sponsored posts was 2.8 times higher than that of traditional online advertising. That kind of reach has drawn TV Land and the House of Blues to Instagram. TV Land is promoting its show Teachers. House of Blues is using Instagram to sell tickets to shows at their North Carolina venue.

Mark Zuckerberg may have made the deal of a lifetime when Facebook bought Instagram. However, in retrospect, Systrom may have made the worst. If he'd waited to sell, that $1 billion acquisition may have been $10 billion or more. Of course, Instagram's explosive growth can also be attributed to Facebook's assets to a great degree as well. From their algorithms to their database of advertisers to advice from Zuckerberg and executives like Sheryl Sandberg—you can't really quantify the impact that has had on Systrom and the growth of Instagram. Well, you can in one way, at least, Walmart tapped Systrom to be a member of their board and drive digital growth.

Kevin Systrom has a net worth of $1.1 billion (mostly in Facebook stock). Conversely, if he had taken Zuckerberg's offer back in 2005, he would undoubtedly be very wealthy, but it is unlikely he'd be a billionaire today.