Instacart Founder's Net Worth Surges On Strength Of Coronavirus Shut Downs, Making Him A Billionaire

Before the coronavirus pandemic hit, I used Instacart only when I was sick, to order Ny-Quil, Benadryl, ginger ale, Kleenex, crackers, and the other things I crave when I'm running a fever. Since the coronavirus hit the U.S. I've only used Instacart to get my groceries. I haven't been to a non-Trader Joe's store in more than three months thanks to Instacart. It appears I am far from the only one enjoying having someone else brave the germ-ridden supermarket for me. Instacart's 33-year-old founder, Apoorva Mehta,is now a billionaire, thanks to the surge in demand for Instacart's services, as well as a new funding round on June 11 of $225 million. That funding round pushes the valuation of Instacart to $13.7 billion (it was $7.9 billion previously). With Mehta's 10% stake in the company, he now has a net worth of $1.2 billion.

Instacart, for those either living under a rock or bravely going to the supermarket on their own,  is an on-demand delivery business that can shop at local grocery, drug stores, Costco, and even Target for you. Since the coronavirus shut down, demand for Instacart's services has surged. The service is currently available to 85% of households in the U.S. and 70% of Canadian households. With the pandemic's stay-at-home orders in place, Instacart's order volume has gone up 500% in the past year. Additionally, customers spent, on average, 35% more per order than usual. 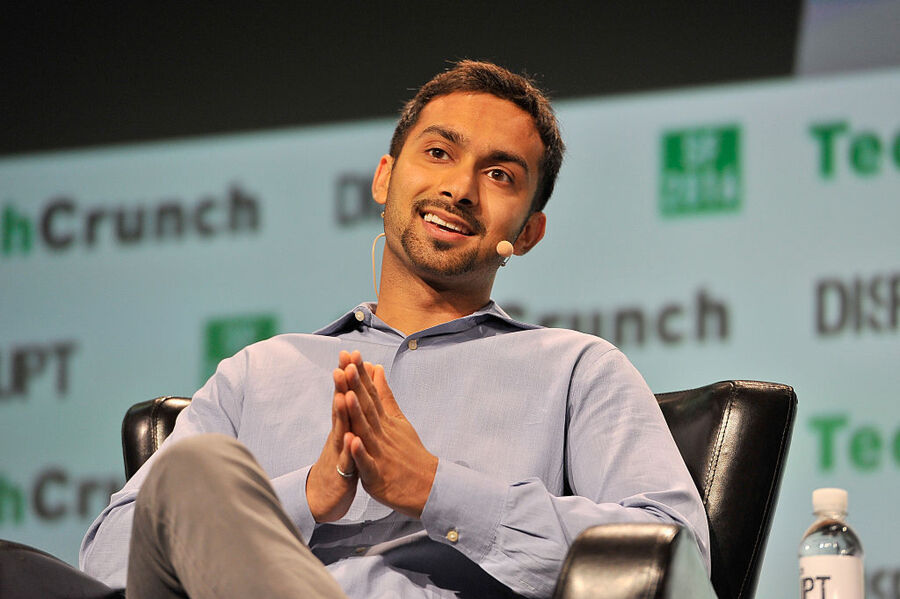 Instacart has also become a bright spot for job seekers in the pandemic. The company has hired 300,000 new shoppers since March, and in April announced plans to hire 250,000 more. These new hires will allow the overloaded service to get back to their trademark one-hour and same-day deliveries.

Mehta was born in India and grew up in Canada. He developed a curiosity for how things worked at a young age. He wasn't sure what he wanted to do after college, so he signed up for an engineering course at the University of Waterloo. After college, he worked at a number of technology companies including BlackBerry and Qualcomm, before moving to Seattle to take a job as a supply chain engineer at Amazon. He was tasked with developing fulfillment systems to get packages from Amazon's warehouses to customers' doors. During his Amazon years, he learned that he liked to build software and he wanted to be challenged. He wasn't challenged at Amazon, so he quit.

He spent the next two years founding startups. Mehta estimates that he started 20 companies before Instacart. He built an ad network for social gaming companies and spent a year developing a social network for attorneys. He liked putting himself in the position where he had to learn about an industry and solve problems for them. All of these companies failed. He realized the common theme wasn't that his product didn't work, it was that he didn't care about the product. He wasn't a gamer. He didn't care about lawyers. Mehta turned his attention to the problems that he encountered in his day to day life. He lived in San Francisco and didn't have a car. He enjoyed cooking but couldn't get the groceries he wanted close to his home. It was 2012 and people were literally doing everything online – meeting, shopping, watching movies, but not grocery shopping. He felt like he'd hit on an idea and less than a month later, he'd coded a rudimentary version of an app for people who wanted groceries and another for those who were shopping for those groceries for the customer.

Of course, the idea of ordering groceries online and having them delivered wasn't new. Home Grocer and Webvan tried to do that during the first dot-com boom and imploded during the bust. Mehta wasn't worried. He felt that the timing wasn't right for the grocery delivery pioneers of the early 2000s. (For what it's worth I did use Home Grocer and Webvan back in 1999-2000.) After all, today everyone not only has a smartphone but people are also way, way, way more comfortable using apps for transactions in 2020 than they were in 1999. Back then, we didn't even know what an app was. (Home Grocer had a website, FWIW) Mehta established partnerships with Whole Foods, Target, Safeway, Albertsons, Kroger, CVS, and Costco. He was Instacart's first customer and shopper – fulfilling both sides of the transaction to test out both sides of his app.

Mehta then used his app to send a six-pack of beer to a partner at Y Combinator in 2012, which scored him a meeting and an investment in his fledgling company. A year later, Mehta landed on a 30 Under 30 list – despite the fact that orders in those days often came in without a shopper available. Mehta made the deliveries himself by calling an Uber.

Since 2012, Instacart has expanded from just San Francisco to more than 5,500 cities in North America. The company has contracts with 30,000 stores and in 2019, added pickup services. In April 2020, Instacart also added prescription delivery services. Currently, it is available at almost 200 Costco pharmacies.

To date, Instacart has raised about $2.2 billion in funding from a who's who of Silicon Valley venture capitalists. If the coronavirus has caused you to be furloughed or laid off, check out Instacart – many people are tipping exceptionally well to help out the customer service workers that are helping the rest of us so much right now.