The Inspirational Rags To Riches Story Of Billionaire Donald Friese

Recently, we told you about Donald Friese, who recently sold his Los Angeles based company C.R. Laurence for $1.3 billion and gave two key employees $1 million bonuses. It turns out that the 76-year-old newly minted billionaire has quite a rags to riches story.

Friese was born in York, Pennsylvania in 1940. He was the third of 13 children. His family was poor. When he was five years old, his parents dropped Donald and one of his brothers off at an orphanage. When he was 12, he went to work on a dairy farm and from there he worked on a pig farm and then a vegetable farm.

When Friese graduated from high school he enlisted in the Army. It was 1958, post Korean War but before the Vietnam War. He was stationed in Okinawa and Taiwan. He trained as a missile mechanic but Friese found military life oddly freeing. It was the most freedom he'd ever had in his life and he enjoyed being exposed to people from all over the U.S.

Friese spent three years in the Army.  When he got out, he had $125 in his pocket, no plans, and no job. He had a friend with a car and the two decided to head to California. Why California? Beaches and girls in bikinis were the young men's primary reason for driving to Los Angeles.

When Friese landed in L.A., he got an entry-level job at industrial glazing company C.R. Laurence for $2.50 an hour. Friese set out to learn to do as much as he could. He learned how to order supplies, put together catalogs, and deliver great customer service. He was good at all of it and after a few years, Bernie Harris, the owner of the company, offered to sell Friese a stake in his company. Friese had made himself invaluable to his boss but he had also made his boss a little afraid that he'd go out and start his own business and become his competition. Friese purchased a 10% stake in the glazing business for $10,000. Over the years he steadily increased his investment. When Harris was ready to retire about 20 years ago, Friese bought him out.

During the five decades that Friese has been with C.R. Laurence, the once small company acquired other companies and became the U.S.'s largest glazing industry supplier. When Friese started with C.R. Laurence, the company had $240,000 in annual sales. In 2015, annual sales topped $570 million. The company also went from one downtown Los Angeles location to 40 locations across the world, including Australia, Denmark, Germany, and Canada.

When Friese turned 70, it occurred to him that he was responsible not just for the company that he ran, but also for its nearly 1,800 employees. He wanted to provide for them. So he went out to look for a buyer. He found CRH, an Irish conglomerate that was a customer of C.R. Laurence. As part of the $1.3 billion sale, Friese kept ownership and most of the company's real estate. He also remains CEO.

Despite being a septuagenarian and billionaire, Donald Friese still goes to work six days a week, getting to the office at 6am and getting back home to the Chatsworth, California home he and his wife Andrea have lived in for 30 years by 6:30pm. On Saturdays, he goes home at noon. 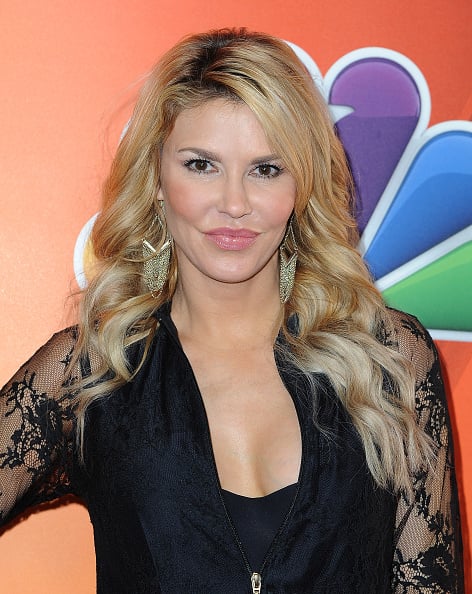 These days, Friese spends a lot of time thinking about what to do with his enormous net worth. One thing he knows he doesn't want to do is give a lot of money to his three adult children. That is probably a good thing, seeing that his son Donald Junior has become tabloid fodder of late for gallivanting around participating in half naked public displays of affection with notorious Housewives of Beverly Hills star Brandi Glanville (pictured above).

Friese did make one big splurge purchase after selling his company. He bought a house in Malibu because his wife had always wanted one. They spend weekends there, when Friese isn't working.

Donald Friese has a net worth of $1.2 billion.