These Are The Inspirational Mantras Richard Branson Is Following In 2017

By Amy Lamare on January 16, 2017 in Articles › Billionaire News

Richard Branson is a billionaire, daredevil, private island owner, and all around cool guy. He has a $5.1 billion fortune, owns a pretty kick-ass private island, an airline, a space exploration company, and he hob knobs with everyone from the Dalai Lama to Eddie Vedder. I don't think it's a stretch to say that we'd all like to be a little bit like Richard Branson. We'd all like to have at least a little bit of his fabulous life. Well now you can, sort of. 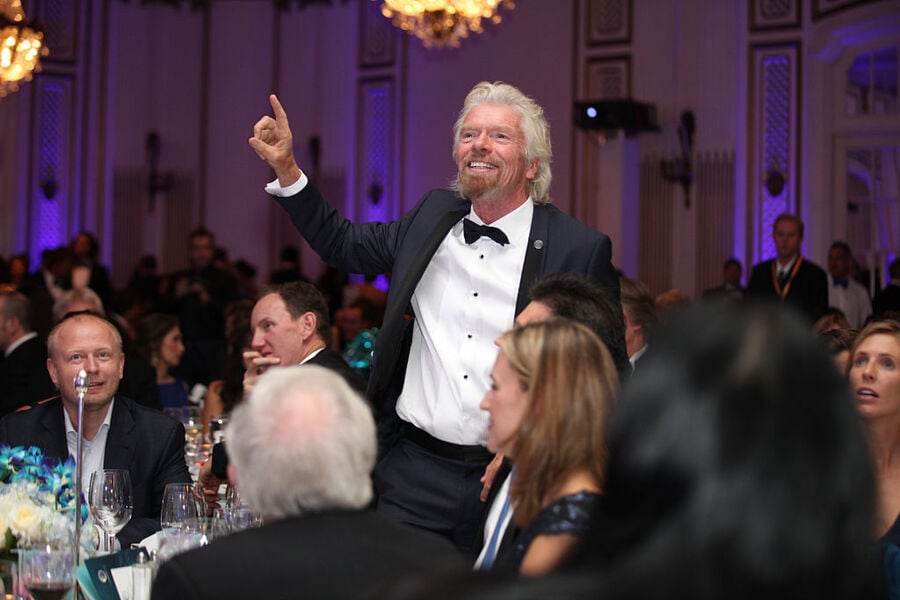 "Happiness isn't just how I measure my success; it's also the key to it. Most people would assume my business success, and the wealth that comes with it, have brought me happiness. But I know I am successful, wealthy and connected because I am happy. I wholeheartedly believe that happiness should be everyone's goal."

To that end, the Virgin Group founder asked a few of his employees to share their "happiness mantras." He shared six that he is adopting in 2017. So, follow these if you want to live like Richard Branson.

But the most important one to the billionaire daredevil is:

6. "The way I see it, there's a reason we're called human beings and not human doings. As human beings we have the ability to think, move and communicate in a heightened way. We can cooperate, understand, reconcile and love. So in 2017, don't forget the to-do list, but remember to write a to-be list too."

Try adopting these mantras and see where 2017 takes you!