By Amy Lamare on October 22, 2019 in Articles › Billionaire News

Tatiana Santo Domingo Casiraghi is an American beer heiress and wife of Andrea Casiraghi, one of the members of Monaco's royal family. She is a socialite born on November 23, 1983, in New York City. She is the granddaughter of Julio Mario Santo Domingo, the owner of the legendary Bavaria Brewery. In 2005, Bavaria Brewery merged with South Africa's SABMiller to become the second-largest beer company in the world. The Santo Domingo family owns 15.1% of the merged company. When her grandfather passed away in 2011, Tatiana inherited one-sixth of his wealth. She has a personal net worth of $2 billion, making her the richest citizen of Monaco.

Tatiana was born in New York City and her family is based there but she was raised in Geneva, Switzerland. She attended the exclusive boarding school Institut Le Rosey in Switzerland. The school costs about $130,000 a year for tuition and boarding. It is the oldest school in Switzerland, having been founded in 1880. She has also lived in Paris, Rio, and London.

Tatiana Santo Domingo received her BFA at the American University of London in 2005. That institution lost its accreditation in 2007 for being a for-profit diploma mill. She majored in visual communications with a concentration in photography. 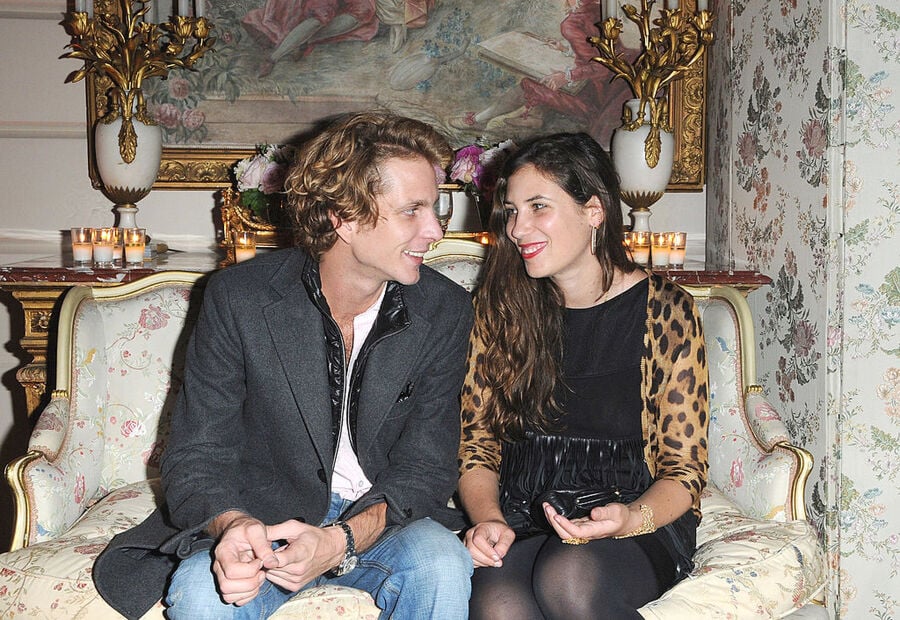 Tatiana married Andrea Casiraghi, the nephew of Monaco's Prince Albert. Casiraghi is also the grandson of Grace Kelly. Santo Domingo and Casiraghi married in August 2013, several months after the birth of their first son, Alexandre "Sacha" Casiraghi. Tatiana and Andrea dated for seven years before becoming engaged in 2012, shortly before they announced they were expecting their first baby. When Santo Domingo and Casiraghi married, he was second in line to the throne of Monaco. Today, he is fourth in line. Sacha is fifth in line to the throne. Tatiana and Andrea have since had two more children – their daughter India was born in 2015 and son Maximillian was born in 2018.

Tatiana is a well-known figure in the fashion industry both for her love of fashion and the fact that Italian fashion heiress Margherita Missoni is one of her best friends. The two are spotted together frequently at fashion shows and industry events. Santo Domingo is a regular at Paris Fashion Week and is often photographed in the front row of the Chanel, Christian Dior, and Valentino shows.

Prior to becoming a member of Monaco's royal family, Tatiana worked in the fashion industry for years. She worked at Aeffe in New York City as well as at Vanity Fair. She also runs her own ethical fashion company called Muzungu Sisters, with Dana Alikhani, a human rights advocate. The company was founded in 2011 and it collects and resells sustainable and ethically sourced items from 17 artisan communities around the world, including in India, Morocco, Peru, South Africa, and Columbia.

Tatiana Santo Domingo lives in London with her husband, their three kids, and two dogs. When not spending time with her family or attending fashion industry events she enjoys spending time in Paris, London, and New York.

Monaco is one of the wealthiest nations in the world, with 32% of its population being millionaires. In Monaco, 12,261 millionaires live in the less than one square mile that makes up the tiny city-state. The population is around 38,000. I mean, it's called the "Billionaires' Playground" for a reason and Tatiana Santo Domingo Casiraghi is the wealthiest citizen of Monaco.