Inside The $40 Billion Feud Between India's Ambani Brothers

By Amy Lamare on October 29, 2018 in Articles › Billionaire News

Mukesh and Anil Ambani are billionaire brothers. Just two years apart, they grew up being groomed to take over the company their father built, Reliance Industries. Reliance Industries first exported spices to Yemen, then entered the yarn business. Mukesh, Anil and their family lived in a two bedroom apartment in the relatively downtrodden Bhuleshwar area of Mumbai. Their building was what Americans would call a tenement. When Reliance began to thrive in the late 1960s, the family moved up into one of Mumbai's best neighborhoods. For years, Mukesh and Anil ran Reliance side-by-side. Then, in 2002, the Ambani brothers' father Dhirubhai Ambani had a stroke and died. He did not leave a will. A war erupted between Mukesh and his brother Anil over Reliance Industries. The fight over Reliance would last several years until their mother Kokilaben intervened and brokered a peace. The resulting agreement gave Anil control of all of Reliance's telecommunications, asset management and entertainment. Mukesh was given the company's oil, textile and refining assets.

Today, the divide between the Ambani brothers remains. But one of them is doing considerably better than the other – about $40 billion better. Mukesh Ambani, at 61, has a $40 billion fortune. His little brother Anil Ambani, just $1.5 billion. 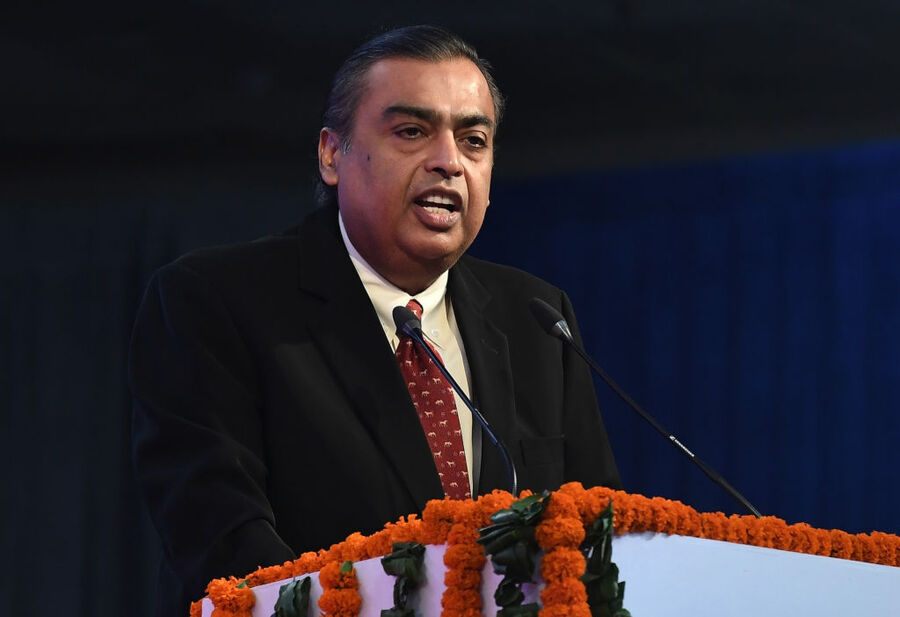 Mukesh has been the driving force behind a push to bring India into the 21stcentury in its telecommunications industry. Reliance Industries Ltd. has $100 billion in revenue. He has had a great year. Anil, on the other hand, hasn't had such a great year. A number of his businesses have faced legal and liquidity challenges that caused his company stock to plummet and erase nearly half his net worth.

Note that Anil was given Reliance's telecommunications unit. However, it is Mukesh who has spent $35 billion of Reliance's money to bring the first all 4G wireless network to India, called Reliance Jio. This allows him to offer free phone calls and exceptionally inexpensive data and give 1.3 billion people access to global tech and ecommerce giants. This relatively simple act has upended the telecom industry in India and sent his competitors into a tailspin trying to keep up.

When Reliance was divided between the brothers in 2005, there was a non-compete clause in place. That non-compete was thrown out in 2010 and Mukesh began his invasion of the Indian telecommunications industry.

Jio was a very big bet for Mukesh. It also gives Mukesh the chance to build a company – and thus a legacy – outside of the specter of the company he inherited. Mukesh has been pouring money into this venture for most of the past decade and only now starting to see returns. It was worth the wait.

Jio's 4G network hit remote Indian villages in 2016. By this summer, less than two years later, Jio had 227 million users and is turning a profit. Competitors were scrambling to keep up and couldn't, as Mukesh's company was offering phone and data plans for $2.10 a month. 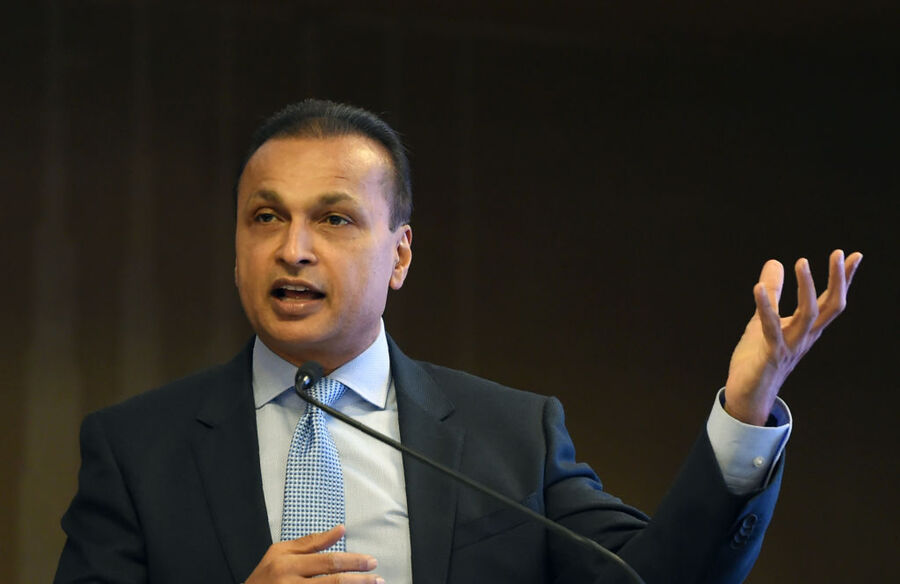 During the same time period, Anil has been selling off assets to satisfy investor worries about the debt load of his companies that has contributed to the decline in share prices. Anil also invested billions to expand his business, but the fact is he didn't have the oil and petrochemical arm of the business to fuel growth. So, like many Indian businesses, Anil's companies took on debt to finance growth. This borrowing spree by Anil and other business owners has led India's banks to have one of the worst bad loan ratios in the world. When the central bank of India started cracking down on the $210 billion of debt, companies who had highly leveraged themselves found themselves in trouble. This is where Anil and his companies are at right now.

Anil's Reliance Naval & Engineering Ltd. has been the worst performer in his portfolio, with a 76% drop in share price. Anil bought the company in 2015, betting that defense would be the next big growth segment. This company's loan accounts have been "irregular or substandard" since 2014, according to a statement from the company. Two of Reliance Naval's creditors have an ongoing lawsuit that will likely send the company into insolvency.

Anil's Reliance Infrastructure Ltd., which built the first metro line in Mumbai, missed a bond payment this summer while it was waiting for the money from the sale of its power transmission assets. Reliance Power Ltd., which is also Anil's, has been in decline for a decade. Reliance Capital Ltd. has also had a decline in share price this year.

The biggest challenge Anil faces, however, is from Mukesh's business.

Reliance Communications Ltd was once the flagship of Anil's portfolio. However, it has been slammed by the price war Jio started. Rcom sold its 178,000 kilometer fiber optic network for 30 billion rupees as part of a plan to divest of all of its wireless assets and leave the mobile phone business entirely. Mukesh's Jio was the buyer.

The success of Mukesh's telecommunications business brings the battle of the brothers to an end. $40 billion is a big mountain to climb, and Anil's next venture carries no guarantees of success. Anil is now gradually selling off RCom to pay its debts and refocusing his company on real estate. He is working on a planned city across the bay from Mumbai that he thinks will create $250 billion in value for investors.

Meanwhile Mukesh is gearing up to get into an e-commerce platform that would merge his telecom and retail businesses to take on Amazon and Walmart.