Inside The Marriage Of Bill And Melinda Gates

By Amy Lamare on November 18, 2017 in Articles › Billionaire News

Bill and Melinda Gates have one of the biggest fortunes in the world. They are major philanthropists and co-founders of The Giving Pledge. Their Bill & Melinda Gates Foundation has a more than $40 billion endowment. They have three kids. They have have a fortune of nearly $90 billion. Bill and Melinda have been married for 23 years and we're taking a look inside their lasting relationship, to see how it ticks and what it is like being part of a famous billionaire power couple.

In 1987, Melinda French was a recent graduate of Duke University. She had just started a job as a product manager at Microsoft when the company's famous founder and CEO Bill Gates walked up to her at the company picnic and asked her if she wanted to have dinner with him in two weeks.

She told her future husband that wasn't spontaneous enough for her. Melinda gave Bill her phone number and told him to call her closer to the day he had in mind for a dinner date. But then, Bill called her up later that same night and asked if that was spontaneous enough for her. That was the first spark between them as a couple and they hit it off. 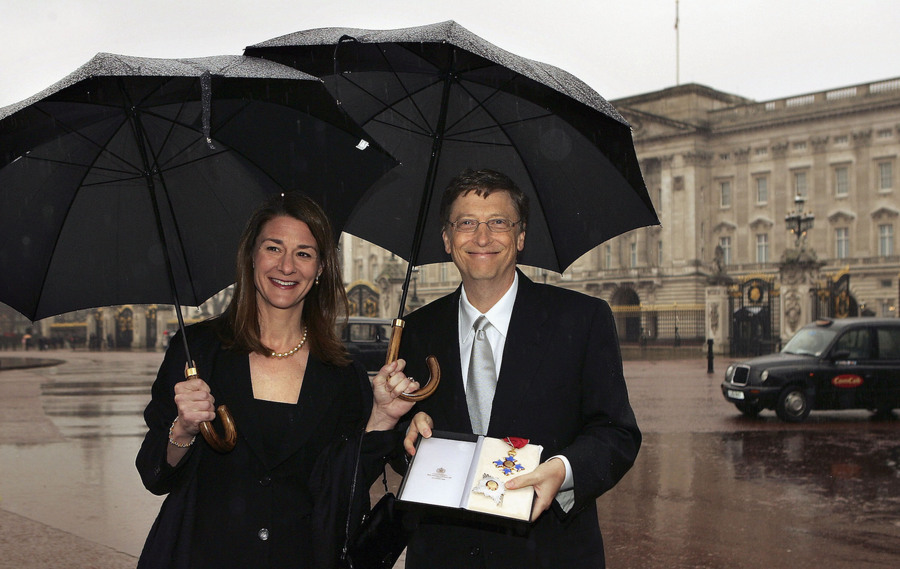 In the beginning of their relationship, Melinda's mom didn't think it was such a wise idea for her to date the CEO. Melinda didn't listen to her mom, though. The couple kept their profiles low at work and asked people to respect their privacy.  Melinda soon realized that Bill was the same kind of guy she had hung out with in college. They had a lot of respect for her and she had a lot of respect for them.

Melinda was attracted to Bill's brilliant mind, his curiosity, and his sense of fun. The couple dated for seven years before getting married. In 1993, the then-engaged couple took a trip to Africa and saw people who lived in extreme poverty. This sparked a discussion about how they could use their great wealth to help others.

Bill and Melinda got married in Hawaii in 1994. The wedding reportedly cost $1 million – due mostly to the fact that Bill booked every single room at the hotel as well as all of the helicopters on Maui to keep their event private.

In 1995, the couple's extravagant Seattle area home, Xanadu 2.0 was completed. Located in Medina, Washington, the waterfront mansion itself is over 66,000 square feet. The Pacific Lodge-style home took seven years and $63 million to build. Three hundred workers were required to build the house, of which more than one hundred were electricians who installed an estimated 52 miles of optic cables! In 2016, the Gates' mansion was valued at $124 million.

Bill and Melinda have two daughters and one son. None of their kids were allowed to have a cellphone until they turned 14. Bill and Melinda read books to their kids growing up. The children were raised Catholic. Each of the Gates' children will inherit about $10 million from their parents nearly $90 billion fortune. Bill and Melinda want their kids to be able to choose to do anything they want with their lives, but not leave them so much money that they can could choose to do nothing. The rest of the Gates' fortune will be donated to philanthropic causes.

Bill and Melinda run the Bill & Melinda Gates foundation together. President Barack Obama bestowed the Presidential Medals of Freedom to both of them in 2016.