By Amy Lamare on September 16, 2019 in Articles › Billionaire News

Cruz's questioning of Mark Zuckerberg about Luckey is in reference to a 2016 report from The Daily Beast that revealed the Luckey was secretly funding a pro-Trump political activism group called Nimble America. The group's motto was that "shitposting is powerful and meme magic is real." Once details of his involvement in the group were public, he dropped out of sight. It has never been clear whether Luckey quit Facebook or whether Facebook fired him. 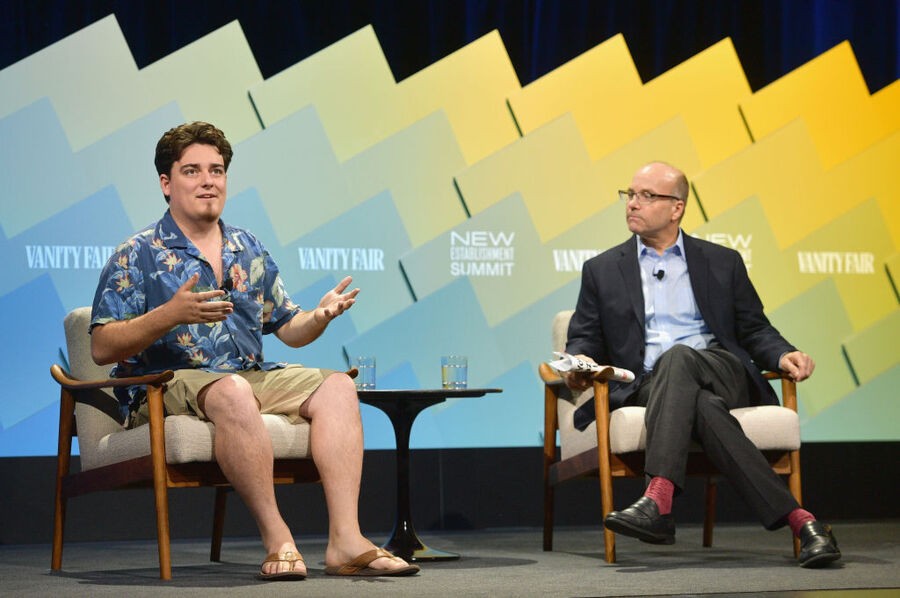 Well all that appears to be water under the bridge now, because Luckey's latest startup, Anduril Industries, has just been valued at more than $1 billion in its latest fundraising round. What is Anduril, you ask? It's a company that aims to build a virtual wall along the U.S./Mexico border. The company's border control technology used towers with cameras and infrared sensors that use AI to track movement. It is currently being used in California and Texas.

A number of advisors related to Facebook including Marc Andreessen of Andreessen Horowitz and Peter Thiel work with Anduril. Luckey started the company after exiting Facebook in 2017. Facebook acquired his virtual reality headset company Oculus in 2014 for $2 billion. Luckey is getting into a market for defense contracts that many Silicon Valley companies want nothing to do with. Google did not renew a Pentagon contract last year called Project Maven after thousands of employees signed a petition urging the company to stay out of the "business of war." Salesforce's employees protested the company's contract to sell software to U.S. Customs and Border Protection. Microsoft employees protested a deal with the military to provide augmented reality headsets.

Luckey, alongside Anduril investors Peter Thiel and Joe Lonsdale, has been critical of Google for backing out of its work with the U.S. government. Anduril describes itself as a company that "invents and builds technology to secure America and its interests."