Nikhil Kamath is the youngest billionaire in India. He is a 34-year-old chess champion who dropped out of school in 2000, when he was 14, to focus on his chess career. He did that for a few years but by the time he was 17, he got interested in stock trading. In 2010, he founded Zerodha, a discount brokerage startup with his brother Nithin. By 2019, Zerodha was the largest retail stock brokerage in India, earning that position without taking a dollar of outside financing. Over the past year, Zerodha's registered users have doubled. The company oversees $10 billion worth of transactions every day.

Recently Kamath and a number of Indian celebrities were challenged by five-time world champion Viswanathan Anand to an online chess match for charity.

Improbably, Kamath beat Anand in just 34 moves, meaning Kamath had a 98.9% accuracy rate – basically, 98.9% of his moves were identical to the top moves the computer chess engines recommended.

When Kamath won, he said, "I was extremely lucky."

Kamath's victory is basically superhuman. And improbable. His results in chess games played on Chess.com show him with a maximum efficiency of 10.9%. Far less experienced players have beaten him in just four to 12 moves. So how did he beat the five-time world champion?

Kamath used a computer-generated chess engine to tell him exactly which moves to make.

This actually isn't even speculation. Kamath admitted to using a computer chess engine. As a result, Chess.com blocked his account. 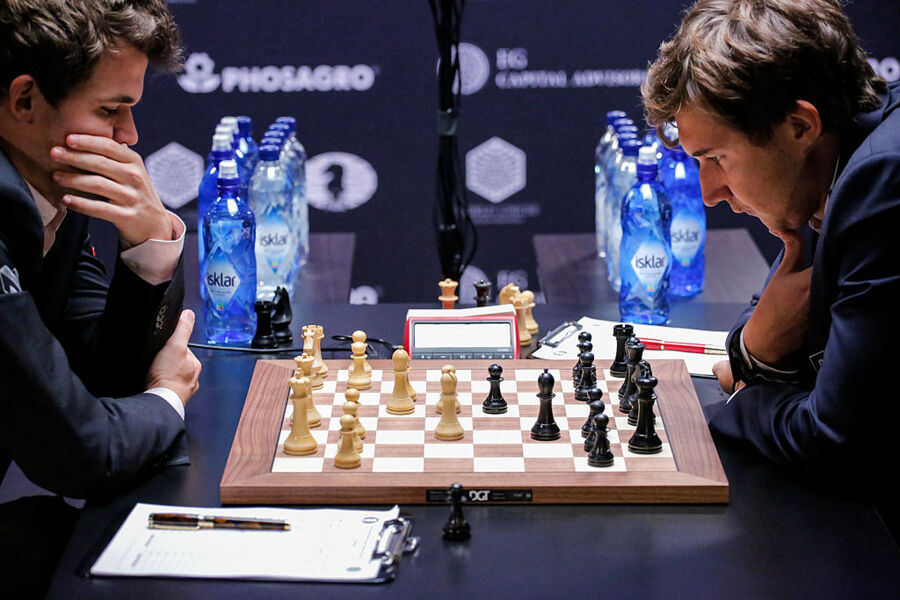 Over the years, Kamath has created a story about his legendary prowess in chess, crediting the game with giving him the mental strength to succeed in business. He said he only turned to the business world when his dreams of being a world-class chess player didn't pan out.

No one ever questioned his origin story. But his online chess games, as mentioned, reveal he's been beaten often and badly by comparative novices of the game.

Basically, Kamath knew the legend he'd created about himself may have been exposed and he didn't want to be slaughtered in a very public chess match.

"It is ridiculous that people are thinking I really beat Vishy in a chess game. That's almost like me waking up and winning a 100-meter race with Usain Bolt. I had help from the people analyzing the game, computers, and the graciousness of Anand sir himself to treat the game as a learning experience. This was for fun and charity. In hindsight, it was quite silly as I didn't realize all the confusion that can get caused due to this. Apologies."

So what's the real story? Did Kamath cheat? Or did Anand agree to let him win? Is this another case of him spinning a story to create a legend that is favorable for him?

Commenters on his tweet have replied, "The gaslight defense," and "So cheating on a live stream and embarrassing a living legend of India and the global chess community is your idea of fun and charity? What a role model you are buddy."

Warren Buffett famously said, "It takes 20 years to build a reputation and five minutes to ruin it. If you think about that you'll do things differently." Perhaps that's something Kamath should take to heart.