Mukesh Ambani, the richest person in India, and his family recently revealed their plan to build the biggest zoo in the world on an enormous 280-acre plot of land. The family, who owns the conglomerate Reliance, is planning to have 100 different species of animals in the zoo. The Ambanis also are building a rescue animal sanctuary in the western Indian city of Jamnagar. The Ambani family zoo was conceived of by 25-year-old Anant Ambani, the son of Mukesh Ambani. The zoo will be named "Greens Zoological Rescue and Rehabilitation Kingdom." It will house everything from birds to reptiles to mammals from around the world, including the Komodo dragon, African lion, giraffes, and gorillas. Exotic animals will be placed in different sections of the zoo including Exotic Island, Forest of India, and Marshes of West Coast.

The family, who has a net worth of $76 billion, has met with the ire of animal rights activists, however. Back in January, the Ambani family bought two rare black panthers from the Guwahati zoo, which is run by the state. The family gave the zoo four zebras from Israel in exchange. This was all done in secret. About 100 protestors gathered outside of the Ambani's zoo recently to voice their displeasure over the transfer of the two panthers. The head of the protest group said: "We decided to stage the protest to highlight the irregularities taking place inside the zoo and also the transfer of the two black panthers in gross violation of rules." 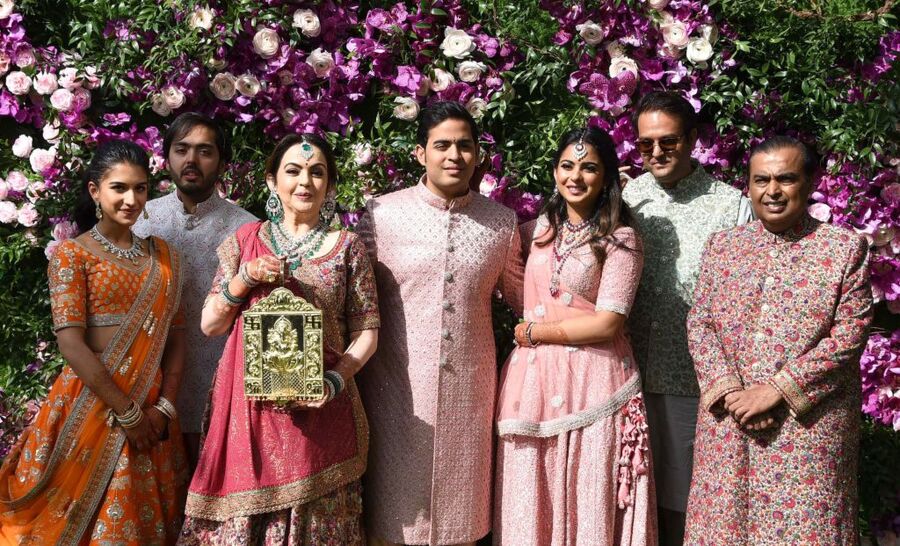 The Ambani family owns a number of expensive homes and organizations. The house, which is named Antilia, is located on Mumbai's prestigious Altamount Road. The 550-foot, 27-story residential skyscraper reportedly cost $1 billion to build from the ground up. There are terraced gardens, a spa, and a temple where the family prays regularly. The recreation center in the home is two-stories tall. The home's exterior hanging gardens absorb sunlight and help keep the building naturally cool. Antilia has a theater that seats 50, a ballroom, a salon, multiple swimming pools, yoga studios, dance studios an entire floor dedicated to ice cream. If you're looking to beat the brutal Mumbai summer temperatures, guests can find relief in the "snow room" – a room that spits out man-made snowflakes 24 hours a day, 7 days a week. The complex is so large it requires a staff of 600 to oversee and maintain its various amenities. The 400,000 square foot home houses Mukesh, his wife, and their three children.

The Ambani family also owns the Mumbai Indians cricket team. Mumbai's team has some of the game's biggest stars. The team is affiliated with Indian Premier League cricket. Ambani purchased the Mumbai Indians for a little over $100 million in 2008. At the time, that made him the wealthiest owner in cricket, but since then his wealth has grown to make him the wealthiest sports team owner in the world. Reportedly, Mukesh has also pursued buying the Liverpool or West Ham football clubs.