By Amy Lamare on August 4, 2016 in Articles › Billionaire News

Pankaj and Radhika Oswal are in a heap of trouble. The businessman and his glamorous wife are accused of siphoning more than $150 million from their fertilizer company to fund their jet-set life. The Oswals bought luxury yachts, expensive cars, mansions, private jet trips, a restaurant chain, and more. And, as the couple faces these charges in court, the public is finding out that this is just the tip of the proverbial iceberg.

Pankaj was the Chairman and Managing Director of Burrup Holdings Limited, a Perth, Australia based fertilizer company and one of the world's largest liquid ammonia production companies. At one time, Oswal had a net worth of nearly $1 billion. However, due to his misappropriation of funds, the once booming business failed and the Oswals fled Australia in 2010 for Dubai. At the time they owed ANZ Bank nearly $900 million. 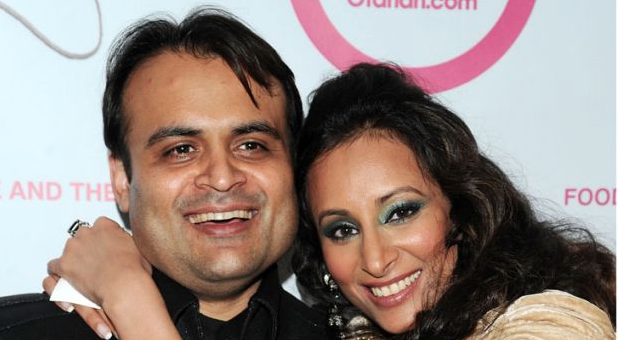 The Oswals were taken to civil court in Australia over these fraud allegations. The couple hid $490 million in excess costs during the construction of the Burrup ammonia plant.

The couple returned to Australia in the spring of 2016 and have been forbidden to leave the country again. The Australian Tax Office hit them with a Departure Prohibition Order.

ANZ Bank lent Burrup Fertilizers $360 million for the construction of the plan in 2002. The company refinanced this loan at least twice in subsequent years.

What was Pankaj thinking? How could he not see this would all backfire on him?

As it turns out, Pankaj was just trying to keep his wife happy. You see, Pankaj and Radhika were in an arranged marriage. Radhika was just 22 years old when she married Pankaj. She'd never had a job. She came from money and was used to a certain lifestyle. The terms of their marriage were clear to Radhika: her husband would give her money and pay for anything she wanted, just as her parents had done. Over the years, the Oswals acquired things to keep Radhika happy and spent a pretty penny on it.

Eventually, the co-owner of the Oswals' fertilizer company noticed what was going on. In particular, he saw a $22 million payout to Pankaj that had no legitimate reasoning behind it. When Pankaj was confronted about it, he agreed to repay it in installments.

After that, Pankaj simply paid his (and his wife's) extraordinarily expensive personal expenses out of the Burrup Fertilizer bank accounts. Whoops!

The ANZ Bank is seeking $95.7 million in compensation from Pankaj for his breach of fiduciary and statutory duties as Chairman of Burrup Fertilizers. The bank is also seeking $13.4 million from Radhika.

The Oswals deny the claims against them and are, in fact, countersuing ANZ for $2.5 billion. ANZ oversaw the dissolution and sale of Burrup Fertilizers and Pankaj claims the $650 million sale of the business was grossly undervalued. The Oswals claim that the bank forced Radhika to sign falsified security documents to keep Pankaj out of jail and that they threatened to make their children orphans.

Pankaj Oswal is attempting to rebuild his empire from a new home base in Dubai. But that will be tough considering he is barred from leaving Australia.