Indian Billionaire Pledges To End Poverty In His Country

By Amy Lamare on January 28, 2017 in Articles › Billionaire News

It's a new year and Indian billionaire, Ronnie Screwvala, has an ambitious goal. He wants to lift one million Indians in the Maharashtra region out of poverty within six years and help them build better lives. He plans on doing this through his Swades Foundation, the nonprofit group that he and his wife Zarina founded with some of the money from the 2012 sale of his company, the UTV Group, that was sold to the Walt Disney, Co. for a deal valued at $1.4 billion.

Screwvala was born in Mumbai. In 1981 he started off as a local cable TV operator in Mumbai for the company, Network. At that time the only programming came from Doordarshan, the state television provider. Network offered a three-hour video channel playing movies to a number of homes in an affluent area of Mumbai. In 1990, Screwvala founded the UTV Group to provide television content to broadcasters. Over the course of 20 years, UTV expanded into broadcasting, film, gaming and other businesses. Then, in 2012, Disney came calling and made Screwvala a billionaire. He has an estimated net worth of $1.2 billion. 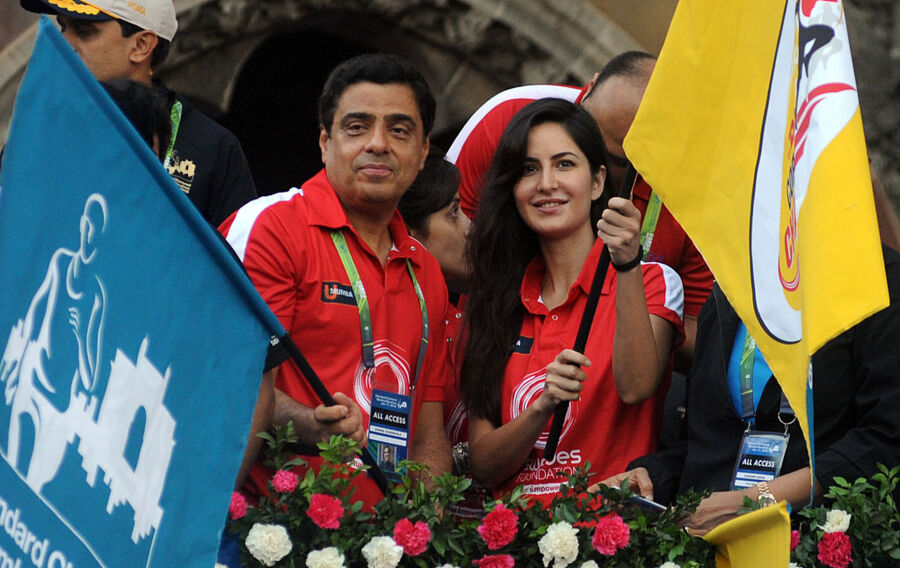 The Swades Foundation's effort to stamp out poverty will focus on about 2,000 villages in the Raigad district—a total of more than half a million people in about 110,000 households. The foundation will provide school-based educational support, teaching tools, health and nutrition programs, agricultural and job training, and water and sanitation projects.

Screwvala is approaching this initiative in the same way that he built his company from an upstart cable provider to a billion dollar business. The initiative also benefits from being independently financed, so there is no delay to starting up projects or adjusting the course of them along the way for better results.

Since 2013, the foundation has employed 300 full time people and 1,300 volunteers in the communities they are focused on. The foundation has put 10,889 toilets into individual homes and installed 733 water storage structures that provide drinking water to 82,109 people. The foundation has also formed 1,863 self-help groups for health and nutrition aid, 177,123 people have received vision tests, 32,500 pairs of free eyeglasses have been handed out, and 5,873 free cataract operations have been performed.

The foundation has also trained nearly 5,000 teachers and principals, offered computer and English language proficiency classes to 36,000 students, and given scholarships to more than 2,500 students.

With this enormous effort, the Screwvalas hope to raise a generation of socially conscious middle-class Indians and inspire the next wave of Indian entrepreneurs. Screwvala feels that if you have the means and the opportunity to make a difference in the lives of people less fortunate than you are, then you should absolutely do that.

In addition to the Swades Foundation, Screwvala has also started a new film production company, a sports development company, and a new online education company. He has also put together a venture capital portfolio of about 15 companies.

The Screwvalas are at the forefront of a movement for philanthropy and social responsibility. The Swades Foundation plans to allocate $113 million over the next five years to this project.