In The 1990s, The Third-Richest Person On The Planet (Behind Gates And Buffett) Was… A Swiss Orchestra Conductor???

By Brian Warner on June 7, 2021 in Articles › Billionaire News

Let's travel back to June 1995 and take a pop quiz. Who were the three richest people walking the planet in the middle 1995? I expect even the casual CelebrityNetWorth reader would be able to name the top person. With a net worth of $22 billion, the richest person on the planet in 1995 was Microsoft founder Bill Gates. I actually think a lot of people will correctly guess the #2 richest person in 1995. With a net worth of $16 billion, that title went to Warren Buffett.

But who was the third richest person the world in the middle of the 1990s?

One of the Waltons? Nope.

One of the Koch brothers? Nope.

Some Saudi king or prince? Nope.

Would you believe me if I told you that the third richest person on the planet was a random Swiss orchestra conductor name Paul Sacher? 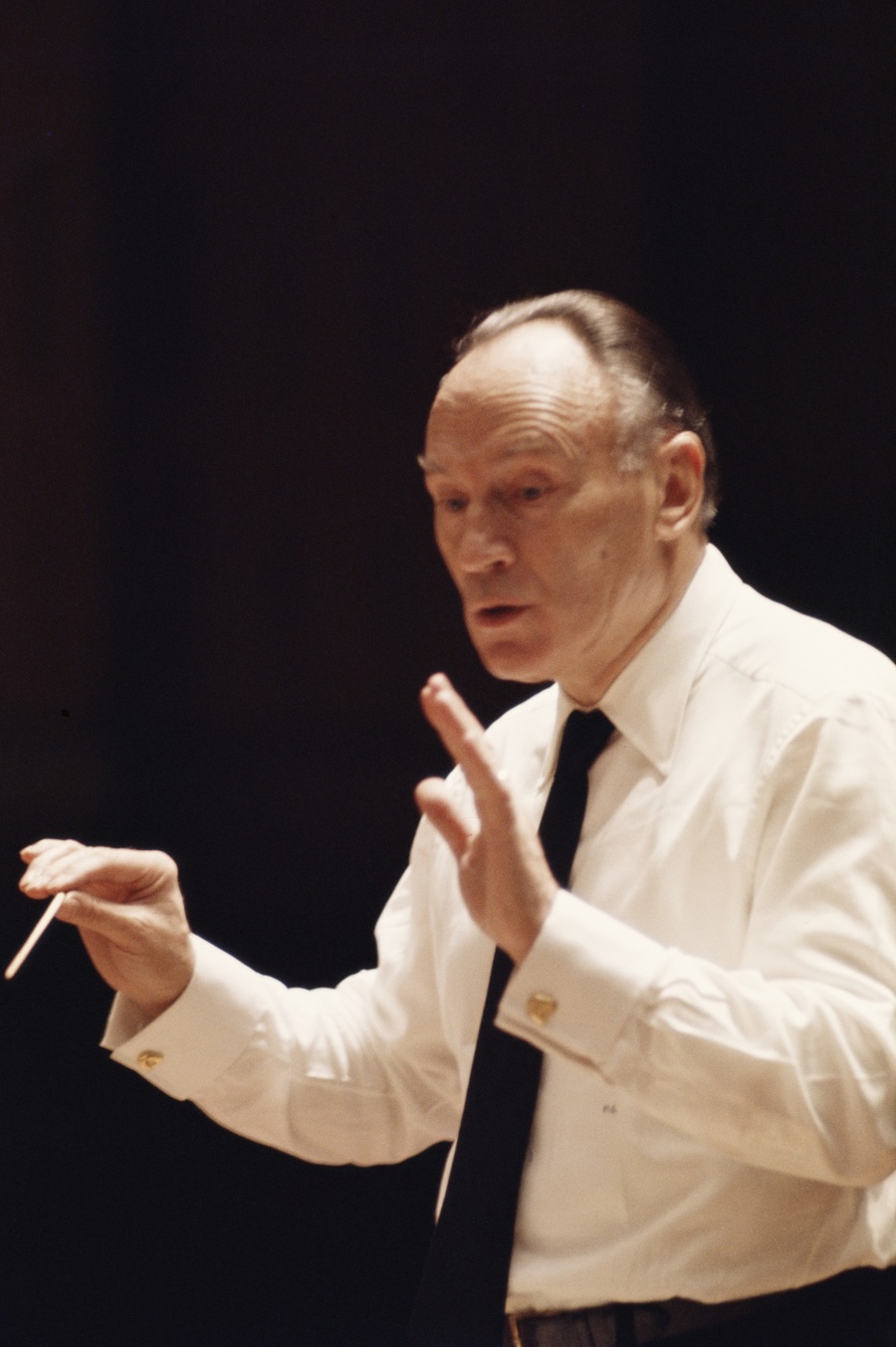 Paul Sacher was born on April 28, 1906 in Basel, Switzerland. He was the son of train station cargo worker.

Paul began studying violin at age 6. He paid for his education by giving violin lessons to kids. He studied music at the Basel Conservatory under world-renowned conductor, Felix Weingartner.

In 1926 – at just 20 years of age – Paul founded the Basel Chamber Orchestra. Within a few years the orchestra also featured a chamber choir.

In 1933, Paul founded a school called the Schola Cantorum Basiliensis, which he envisioned as an institute to study all kinds of classical music.

This detour will make sense in a moment…

When a Swiss couple married 100 years ago, it was common practice for the bride and groom to adopt a hybrid hyphenated last name. For example, if Joe Smith married Jane Doe, their post-marriage names would be "Joe Smith-Doe" and "Jane Smith-Doe."

A year after getting married, Fritz founded a pharmaceutical and chemical company which he called, Hoffman-La Roche.

In its early years the company produced, packaged and sold various vitamins. Roche was actually the first company to synthesize vitamin C for mass marketing.

Today, Roche is the largest pharmaceutical company in the world, generating around $60 billion in revenue in 2020.

Have you heard of the American biotech company Genentech? Genentech is wholly owned by Roche.

The company is primarily known for its cancer and HIV treatment drugs but here's a quick list of drugs developed and/or patented by Roche over the decades:

Fritz Hoffman died on April 18, 1920. Upon his death, his son Emanuel inherited full ownership of the family business.

Emanuel and Maja had two children; Luc and Vera.

And in 1934, Maja remarried a local musician named Paul Sacher.

With his newfound wealth, Paul took his passion for classical music to a whole new level. He paid for orchestras to travel the globe. He commissioned more than 80 new classical works and funded continual public performances at his Basel Chamber Orchestra.

When Paul wasn't indulging his passion for classical music he was overseeing Hoffman-La Roche. He spent more than six decades as a board member, playing a crucial role in steering the company from a post-WW2 low point to global domination.

Maja died in 1989 at the age of 93. At that point Paul became the largest individual owner of Hoffman-La Roche. That is how Paul Sacher, humble violinist/orchestra conductor, became one of the wealthiest people on the planet.

Immediately after Maja's death Paul was worth around $7 billion.

Upon Paul's death, a roughly 9% stake in Hoffman-La Roche was divided by his step-children. Today the fifth generation of Hoffman heirs, an estimated 15 people, control a roughly $40 billion fortune. They are one of the richest families in the world. Each year those 15 heirs split roughly $700 million in dividends alone 🙂