In 2018, Larry Ellison Quietly Acquired 1.7% Of Tesla… Here's How That Turned Out

By Brian Warner on January 29, 2021 in Articles › Billionaire News

Larry Ellison is primarily known as the founder and former CEO of database giant Oracle. For those of you who are not aware, for much of the pre-internet 80s and 90s, Oracle was the dominate supplier of software for business systems. You know how Microsoft dominated personal computing with software like Excel and Word? Oracle had the same dominance with software that powered payroll systems, hospital records, hotel/airline booking services… etc. Today, Oracle is one of a few dominant "cloud" database companies. If you receive a paycheck from or fill out expense reports for a medium to large company, there's a good chance Oracle is powering that software behind the scenes.

Over the last 20 years Larry has cashed out at least $10 billion from Oracle through stock sales and dividends. He has used some of the proceeds generated by these sales to acquire arguably the coolest portfolio of toys, real estate, hobbies and endeavors in the world. He owns the entire Hawaiian Island of Lanai. He literally owns 99% of the island's land and ALL of its buildings, including its two ultra-exclusive Four Seasons resort locations. He also basically owns an America's Cup racing team, TWELVE homes in Malibu, the 249-acre Porcupine Creek Estate golf course in Rancho Mirage, California, the Indian Wells Tennis Garden in Coachella, California, several private jets, a Mig-29 fighter jet, an airline… I could go on and on, but I'll stop there.

Even after selling $10+ billion worth of his equity to fund the acquisition of billions of dollars worth of toys and real estate, Larry is still one of Oracle's largest individual shareholders. According to his last SEC filing, Larry owns 1.1 billion shares of Oracle.

Oracle is currently trading at around of $61 a share, which is very nearly an all-time high. Therefore Larry's 1.1 billion Oracle shares are worth $67 billion.

If that was his only asset, that would be enough to make him the 15th richest person on the planet. Yet, as of this writing, Larry is the 8th richest person in the world with a net worth of $84 billion. Why/how? One word:

Larry Ellison and Elon Musk have been close personal friends going back over a decade. Larry has been one of Elon's biggest defenders.

At one of Tesla's lowest points several years back when critics were slinging insults at Elon for his mildly erratic behavior (smoking pot on Joe Rogan, tweeting insane thoughts), here's how Larry responded: 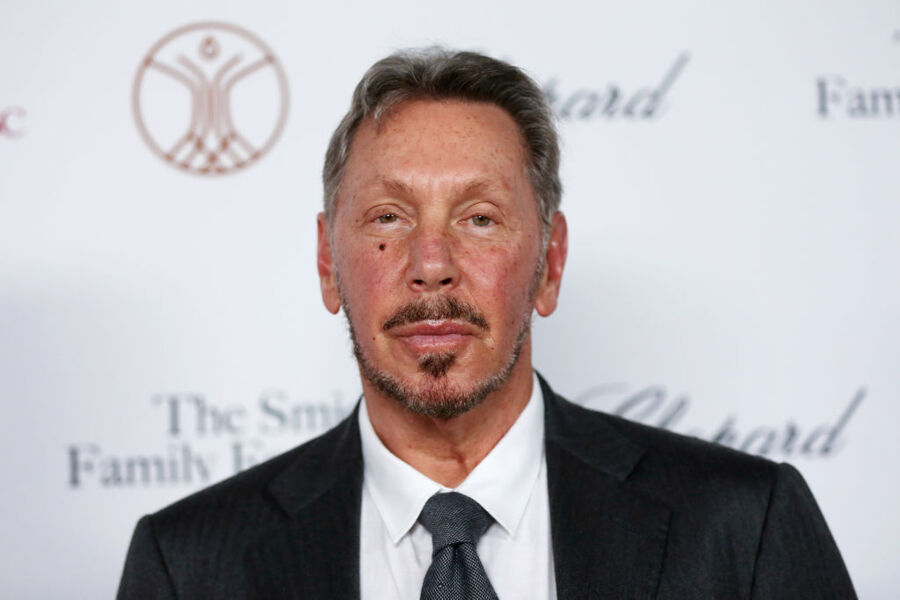 As it turns out, Larry wasn't just defending Elon with words, he threw in his support as a Tesla stock owner.

We don't know how many shares he owned when 2018 started, but by the end of 2018 he owned enough shares that he was forced to make an SEC filing. According to the SEC filing, during 2018 Larry quietly acquired 3 million shares of Tesla, roughly 1.7% of the company's total outstanding shares at the time. He spent roughly $1 billion to acquire the shares.

Here's a chart of Tesla's stock price between January 2018 and the present:

From a $1 billion investment, in two years.

That's how Larry Ellison has a net worth of $84 billion today, enough to be the 8th-richest person in the world.