By Amy Lamare on November 7, 2018 in Articles › Billionaire News

Going into last night's election for Illinois Governor, Hyatt hotel heir J.B. Pritzker had a 16 point lead over the incumbent Republican, Bruce Rauner. Perhaps not surprisingly, after all the votes were counted, Pritzker took the prize to officially become the Governor-elect of Illinois. With a personal net worth of $3.4 billion, J.B. is now the richest sitting-politician in America. Pritzer's $3.4 billion net worth tops Donald Trump's $3 billion net worth by $400 million.

Pritzker spent an astonishing $172 million of his own money to fund his gubernatorial run. In case you were wondering, that is NOT the most money ever spent by an individual on their own campaign for Governor. That record belongs to Meg Whitman who spent $144 million running for Governor of California in 2014. A race she LOST. Ouch. Third place goes to Rick Scott who spent $60 million of his own money leading up to his successful 2010 Florida Gubernatorial race.

J.B. Pritzker is one of 11 billionaires in the Pritzker family. They are the 15th wealthiest family in the world with a combined net worth of $33.5 billion. J.B.'s grandfather Abram Pritzker, the son of Ukrainian immigrants, began investing in Chicago real estate in the 1930s depression. Abram had three sons who expanded the family business through acquisitions and expansion. In 1957 the sons bought the Hyatt House hotel in Los Angeles. This would eventually be the cornerstone of a hotel empire that spans the globe today.

Abram's son Robert used his inheritance to launch the Marmon Group, a conglomerate of industrial service and manufacturing companies. In 2007, Warren Buffett acquired 60% of Marmon for $4.5 billion. 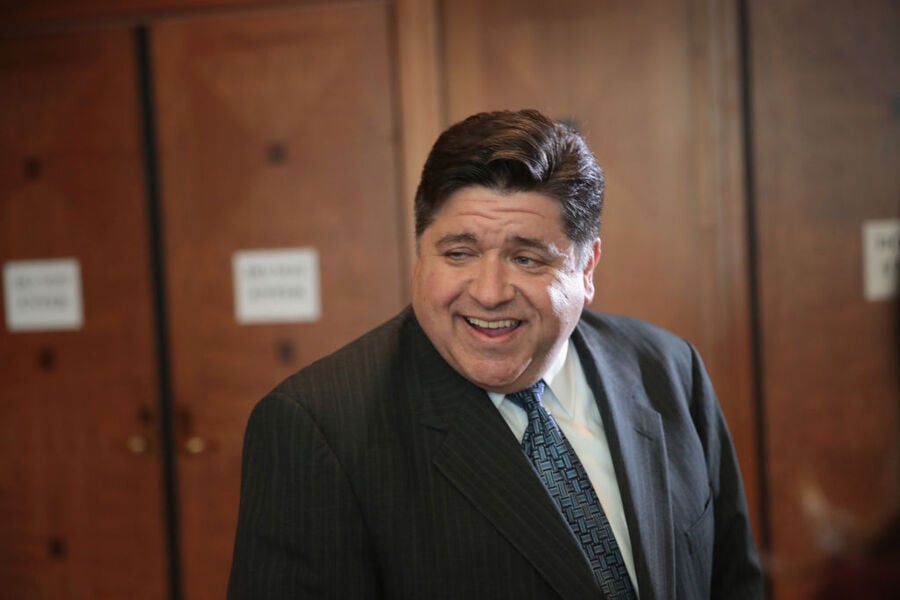 It has been a dirty race for the governor's mansion in Springfield, Illinois with Rauner comparing Pritzker to disgraced former Illinois governor Rod Blagojevich, who was a close friend of Pritzker's. Rauner has also dubbed Pritzker "The Porcelain Prince." Pritzker paid $14.5 million for his Gold Coast Chicago mansion in 2006. A few years later, he also bought the mansion next door for $3.7 million. He got a property tax bill from Cook County for the second house for $117,087 – which would value the home at $6.25 million.

Pritzker appealed that enormous tax bill on the grounds that the second mansion had fallen into disrepair. He told the courts that it had no functioning bathrooms or kitchen. He won the case and as a result the state of Illinois reduced the property value to $1.1 million. That cut the property tax bill to $19,719 – an 83% savings. Pritzker also received $43,000 in refunds of property taxes paid between 2012 and 2014. It was later revealed that he disabled the toilets. He agreed to repay $330,000 in refunded property taxes.

In Illinois, four of the nine governors who preceded Rauner went to jail. He is predicting that Pritzker would eventually be the fifth Illinois governor to go to jail if he is elected.

Ten of Pritzker's African American and Latino campaign staffers filed a lawsuit against him on October 16th for racial discrimination.

"Black and Latino workers at JB Pritzker for Governor are marginalized, with their efforts put under a microscope and micromanaged while their white counterparts are given autonomy and concessions. As if the intentional herding of Black and Latino workers into specific areas were not bad enough, the few workers of color who were placed in majority-white working environments were likewise subjected to overt and invidious racial discrimination."