If Vladimir Putin Really Is Worth $200 Billion, He Just Became The Richest Person In The World… Thanks To His Own Chaos

By Brian Warner on February 24, 2022 in Articles › Billionaire News

Most global political experts would agree that Vladimir Putin is a ruthless dictator who is hell-bent on exacting revenge on his enemies. We see that playing out in real-time right now with Russia's invasion of Ukraine.

Most global political experts would also agree that Vladimir Putin has squirreled-away some level of personal fortune that would likely make him at least a $100 millionaire… potentially even a billionaire. Where the experts diverge, or simply just have no way of confirming, is on the question of the full scale of Putin's personal wealth.

Official Russian government disclosures would have you believe that Putin's personal financial picture is relatively modest. His official financial disclosure typically lists an annual income equal to around $190,000 USD. His "official" financial portfolio reportedly consists of around $200,000 in a savings account, several automobiles and a 16,000 square foot plot of land in the Moscow suburbs. All told, Putin's "official" net worth is around $500,000.

On the other hand… Many political analysts have claimed that Putin's true financial picture is much larger. Some Russian insiders believe he's worth MUCH, MUCH more. They believe Putin has used his power over the last several decades to build hidden ownership stakes in several multi-billion dollar commodity firms. In 2013, one of his most vocal critics asserted that these secret stakes would give Vladimir Putin a minimum net worth of $40 – $70 billion.

One of Putin's most-vocal enemies, an American hedge fund manager named Bill Browder, has long been sounding the alarm that Putin's actual wealth is even higher. Browder believes Putin is one of the richest people in the world with a secret fortune that in 2018 he estimated at a minimum of… 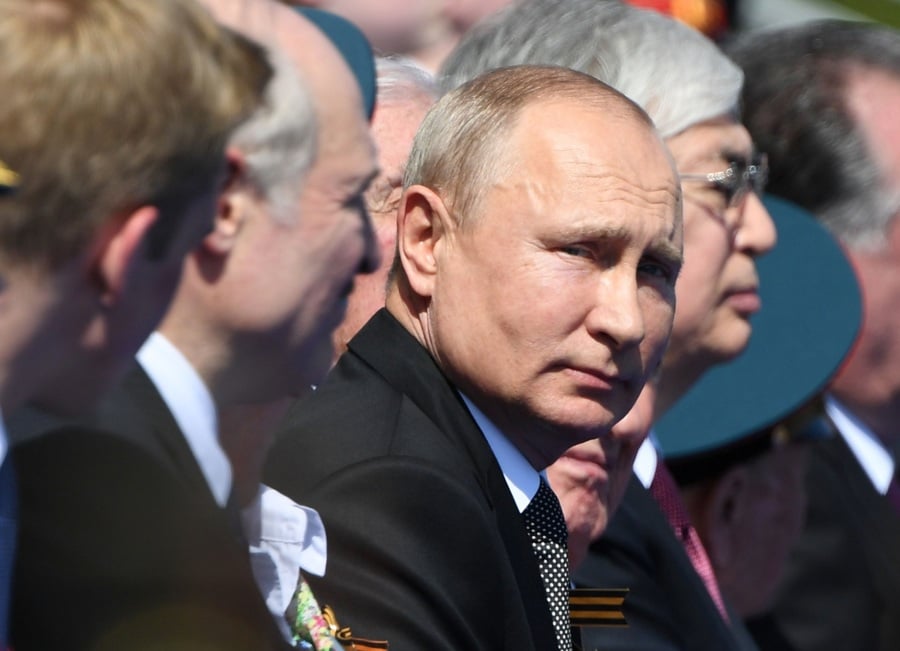 The Richest Person in the World?

Incredibly, if you assume Putin is worth exactly $200 billion, he has never actually been rich enough to be the richest person in the world. That's because for the last several years the personal fortunes of both Jeff Bezos and Elon Musk have been significantly higher than $200 billion… until today.

Over the last several years, Jeff and Elon have been trading the crown of the richest person in the world back and forth. And when they have been trading places, it's typically been in the $230 to $250 billion range.

Elon Musk ran away with the crown in November when his net worth briefly hit an all-time high of $340 billion. That was enough to make him the richest person in modern history, slightly eclipsing the inflation-adjusted net worth of John D. Rockefeller. At that point Jeff Bezos was safely in Elon's rear-view mirror with a net worth of around $220 billion.

Unfortunately, the last several months have not been kind to the net worths of the richest people on the planet. And actually, much of the pain has been incurred in recent weeks. What has been the cause of the pain?

Russia's anticipated invasion of Ukraine at the behest of Vladimir Putin.

The invasion of a major European country by Russia has been sending shock waves into global markets for the last several months as Putin amassed hundreds of thousands of soldiers and equipment on Ukraine's borders.

Since January 1st, Elon Musk's net worth has dropped a mind-boggling $70 billion. Bezos' net worth has dropped $23 billion. All the tech titans like Bill Gates, Larry Ellison, Sergey Brin, Larry Page and Mark Zuckerberg have seen significant shavings from their net worths. Mark Zukerberg is $50 billion poorer today than he was on January 1. He has fallen from being the fourth richest person on the planet to the 15th.

Fast forward to the present. February 24, 2022 at 11am PST. Russia is in the midst of a full-scale invasion of Ukraine. Global stock markets are reeling with the DOW and S&P indexes plummeting. And with the markets plummeting, an new reality has shaken out at the top of the global wealth elite.

Therefore, if you believe that Vladimir Putin has a net worth of at least $200 billion, that means as of this writing he is the richest person on the world. A title he earned thanks largely to the chaos HE CREATED.