If The House Of Saud Is Worth $1 Trillion, It Would Make Them The Richest Family In The World

Remember in November 2017 when Crown Prince Mohammed bin Salman launched his anti-corruption campaign and rounded up members of the government, wealthy businessmen, and even members of the Saudi royal family and imprisoned them in the Ritz-Carlton in Riyadh – which he turned into a makeshift prison? It is rumored that the captives were only released once they agreed to sign their assets – cash, land, and business stakes – over to the government. The total recovered during that sweep was reported to be $107 billion.

That power play ended decades of unwritten rules within the incredibly secretive House of Saud. It also pushed any of the Crown Prince's opponents to the side in one very efficient move. That made Mohammed bin Salman both the presumptive heir to the thrown and the billionaire boss of a family with more money than nearly any other dynasty in the world.

There are about 15,000 members of the Al Saud family. Their collective fortune is believed to be more than $100 billion, which would make them the fourth-richest family in the world. That said, $100 billion is a very conservative estimate of the family's net worth. It's only based on the royal stipends that the king's office distributes. The last time the amounts of the monthly stipends were released in 1996, they ranged from $800 to $270,000 and in total, $2 billion annually. The $100 billion family net worth is based on this figure. If, however, the stipends increased at the rate of inflation or Saudi oil revenues – the House of Saud could be worth $1 trillion. 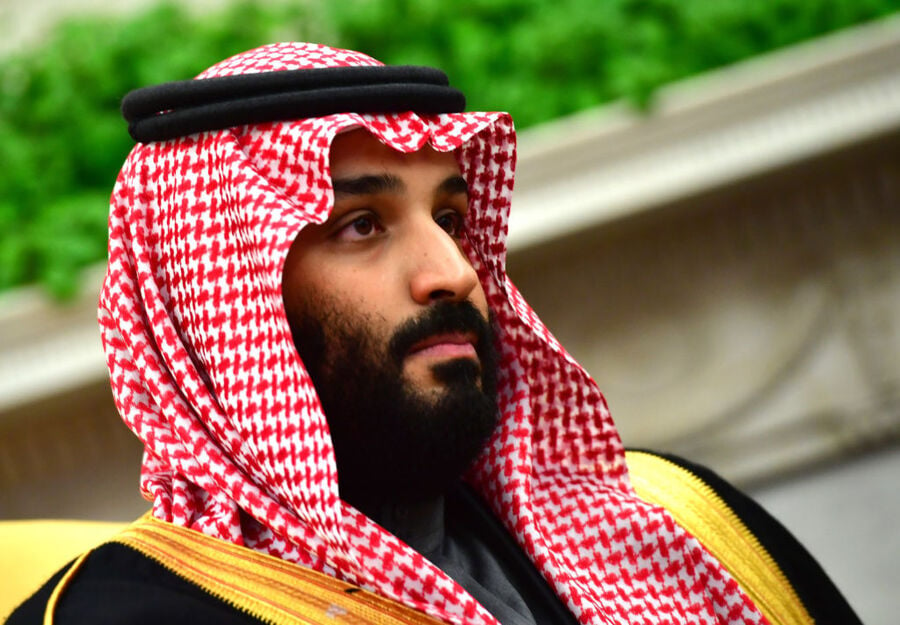 King Abdulaziz bin Saud founded modern Saudi Arabia in 1932, the year before the signing of its first concession deal, with Standard Oil Co. of California. Back in the 1930s and 40s, oil really hadn't been found in significant quantities outside of the United States. However, there were rumors and local legends about oil seeping out of the ground in remote villages in Saudi Arabia. So, the House of Saud went to check it out. Oil was discovered on March 3, 1938. This was good news, but the royals still had no idea how much oil they might find. For all they knew, the oil in the remote village of Dammam would be their only discovery.

Oil is the basis of the House of Saud's fortune. Today, the state-owned Saudi Arabian Oil Co. controls one fifth of the world's petroleum resources. The House of Saud controls literally trillions of dollars of oil and cash. Since 1948, the royal family has transformed the country and brought it from the dark ages to the forefront of modern civilization and technology. The House of Saud is so powerful that they can send world economies into chaos with the push of a button.

Because of oil, Saudi Arabia grew into one of the wealthiest and most powerful countries in the world in just 50 years. According to the Saudi law of succession, the crown must pass to a direct descendant of Ibn Saud's sons. King Salman is 81 years old.

Crown Prince Mohammed bin Salman will father the next generation of Kings. Mohammed bin Salman has spearheaded his country's plan to wean itself off oil as part of a diversification plan for the Saudi economy. The Crown Prince is spearheading a campaign called "Vision 2030," designed to diversify the economy, cut unemployment, and as mentioned, reduce the country's dependence on oil.  Additionally, women are no longer legally banned from driving or from traveling abroad without the permission of a male relative. Women are now also allowed to go to events at sports stadiums, go to movie theatres, and attend concerts.

But for all these advancements, there's still the fact that under Prince Mohammed, dissenting activists have been jailed – including the women who fought for the right to drive. He also led the bombing of Yemen that created a humanitarian crisis. And then there was the murder of Washington Post journalist Jamal Khashoggi by Saudi agents.

The fortune of the House of Saud, as mentioned, is highly secretive. Those who thought the IPO of oil giant Aramco – and the required prospectus that goes with that process – would shed light on the fortune were wrong. Aramco is the world's most profitable company. It paid the Saudi government $162.9 billion in royalties, taxes, and dividends last year. That money went right into the state treasury. How much, if any, was doled out to the Saudi royal family is unknown.

Members of the House of Saud don't only make crazy money – they also know how to spend it. The family has assets of at least $30 billion that includes enormous estates, racehorses, private planes, an African game farm, super yachts and more.

Many members of the family also own stakes in various businesses. Prince Alwaleed founded Kingdom Holding Co., which has stakes in hotels, real estate and companies including Snap, Twitter, and Citigroup. Alwaleed was the most recognizable of the men imprisoned at the Ritz-Carlton in late 2017. He was released in January 2018 after 83 days after reaching an agreement with the government. It is unknown how much of his cash and assets he had to surrender for release. Alwaleed has a net worth of $20 billion.

Prince Mohammed is the oldest son of King Salman's third wife. He currently serves as the minister of defense, chief of the royal court and special adviser to the king. Prince Mohammed's personal business interests are extensive and diversified. He is connected to 20 to 25 companies in the real estate, manufacturing and telecom industries. He owns, among a vast real estate portfolio, the Chateau Louis XIV outside of Paris, which he purchased for $300 million in 2015 and the super yacht Serene for $320 million – making it one of the most valuable yachts in the world. Mohammed also owns a $30 million stake in a Saudi telecom company and has interests in a bunch of private companies including a bank, real estate developer, and a fish farm. His holding company, Tharawat, is the Arabic word for treasures.