Iceland's Only Billionaire, Björgólfur Thor Björgólfsson, Lost His Entire Fortune, Then Rebuilt It

By Amy Lamare on November 30, 2019 in Articles › Billionaire News

Björgólfur Thor Björgólfsson is Iceland's only billionaire. He officially gained that status in 2005 and was living large. For his 40th birthday, in 2007, he chartered a 767 to Jamaica and flew 120 friends there to celebrate. Ziggy Marley and 50 Cent were hired to perform on the beach for him and his guests. He was one of the 250 richest people on the planet and it only took him a decade to achieve that. His businesses were everywhere from Bulgaria to the U.S. Then the global financial crisis of 2008 hit and he lost almost all of it. Today, he's a billionaire again, which we find pretty interesting. Thor, as he's known, basically made his fortune in beer, another thing we find pretty interesting. His great-grandfather, grandfather, and father went bankrupt, yet another thing we find interesting.

Thor was born on March 19, 1967, in Reykjavik, Iceland. He was born into a family with a long legacy in business and politics in Iceland. His great-grandfather, the Danish-born Icelandic entrepreneur, Thor Jensen, helped bring capitalism to the country in the early 20th century. His mother was married to George Lincoln Rockwell, the founder of the American Nazi Party – it should be noted, however, that Rockwell is not our man Thor's father. 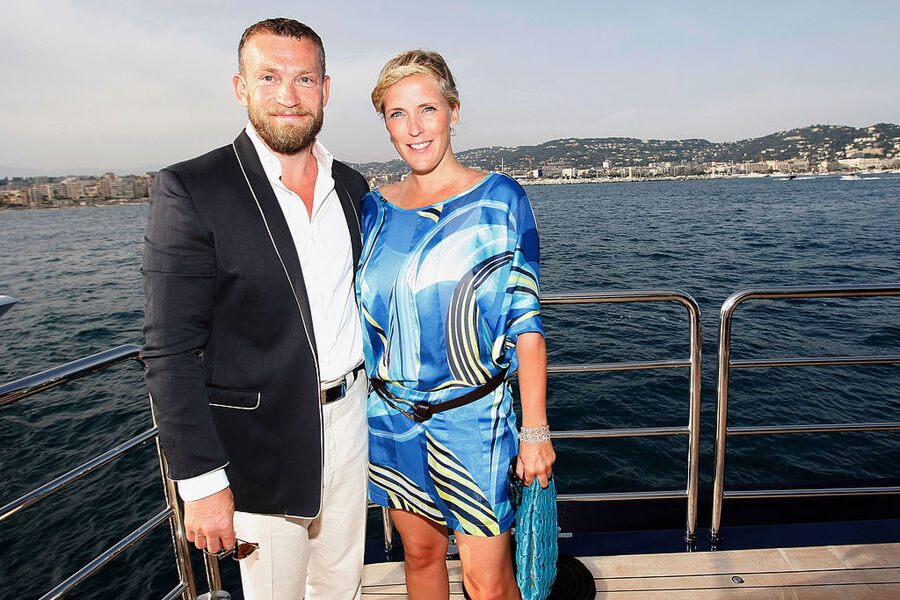 Thor's grandfather, Thor Jensen, survived bankruptcy twice. One of his sons became the tiny island nation's prime minister. Another son was ambassador to the U.S. Thor's mom was married three times. Her first husband was an Olympic track and field athlete, her second was the aforementioned Rockwell, the third, Thor's dad, grew up in the working class and went on to run Hafskip, the second-largest shipping company in Iceland. He ended up being arrested on fraud and embezzlement charges, found guilty, and sentenced to 12 months' probation.

Young Thor wanted to redeem his father's reputation as well as make his own place in history. After college, at the University of California San Diego and New York University, he moved to Russia in the 1990s and spent 10 years building first a soft drink and then a beer business in the midst of the collapse of the Soviet Union. His success in Russia at such a difficult point in the country's history led to rumors that he had ties to the Russian mafia. He has always denied these rumors. He sold his soft drink and beer company for $100 million to Heineken in 2002.

He arrived back in Iceland after selling his Russian business and with his father, bought a 46% stake in Landsbanki. They could have used the cash from the Heineken sale, and they did, but they also borrowed money from a rival bank. Thor, as it turns out, was a debt junky who borrowed liberally against his equity and had more than 40 LLCs at one point. He basically built a house of cards. In 2007, he put together a $6.5 billion leveraged buyout of the generic drug company Actavis. It was the peak of the credit bubble and banks were falling over themselves to lend him money. Deutsche Bank wanted to finance all $5.4 billion of Actavis' debt.

Well, we ALL know what happened next. The credit bubble burst. The financial crisis hit. Deutsche wanted Thor to put more cash into the deal. Thor borrowed $230 million from his own bank to make it happen. The last of that cash fell into his hands on September 30, 2008. Then the proverbial 'shit' really did hit the fan.

On Friday, October 3, 2008, Olafur Ragnar Grímsson, Iceland's president was in a panic. Iceland was about to go under in the growing global financial crisis. The government had already seized one of Iceland's top banks and now, Landsbanki was showing signs of trouble. Grímsson called Thor in London and told him to come home immediately. Within the next 72 hours, Iceland's government had seized Thor's bank, Landsbanki. By the end of the week, Iceland was practically bankrupt. Its currency was worthless. Its stock exchange was shut down. Thousands of people lost their jobs and their savings. He was blamed for the economic disaster and the job and savings losses.

Unfortunately, he faced an inferno. Within 72 hours, the government had taken over his bank. By week's end, Iceland was nearly bankrupt, its currency worthless, its stock exchange temporarily shuttered. Thousands of regular Icelanders lost their jobs and savings. And the person once revered as an economic Pied Piper whose bank "guaranteed" high-interest rates, suddenly was one of the most hated men in Iceland, who many blamed personally for the disaster.

Thor's creditors were furious. His companies owed $10 billion and he'd personally guaranteed $1 billion of it. His net worth, once a robust $3.5 billion, was now in the negative.

Four years ago, Thor Bjorgolfsson regained his billionaire status. The key to his comeback was the drug company Actavis. It was having massive issues of its own. All the drugs manufactured at a New Jersey plant had to be recalled. The CEO quit and sued Thor. Thor sued him back. Had Actavis been solvent when Iceland went under, Thor would have been forced to give up his stake. As it was, the banks worked with him as they had a lot to lose if Actavis went under too.

Thor, in addition to the Landsbanki and Actavis mess, was stuck with $350 million of his father's debts that he had personally guaranteed. His creditors were reluctant to sell assets for a fraction of their value. Thor was determined not to go bankrupt like his great-grandfather and father. So, in July 2010, 100 lawyers, consultants, bankers and restructuring experts representing all of Thor's creditors gathered in London. Their plan was to restructure his debts. Thor agreed not to borrow any money until he'd paid off the $1 billion he owed. With a deal in place, the banks repossessed one of his houses in Reykjavik and a summer cottage in Thingvellir. He was ordered to sell his yacht, private plane, and Ferrari. That only added up to about $15 million. Thor's creditors were also to get any dividends from his remaining holdings, which included Actavis, including the bulk of the proceeds if it was sold.

Then, in 2011, Siggi Olafsson, former CEO of Actavis who was then working at Watson Pharmaceuticals, called Thor. Olafsson and his boss wanted to explore a merger with Actavis. In October 2012, Watson purchased Actavis for nearly $6 billion. Deutsche got $5.4 billion in cash, what it had put into the deal five years earlier. Thor's creditors got the first installment of $230 million. In the purchase, Thor gave up the right to whatever cash he was entitled to and instead took 4.3 million shares in Actavis. Those shares were eventually worth about $700 million, allowing him to pay off the rest of his debt to Icelandic creditors in 2014.